Does Klopp deserve more credit? How Liverpool have used 16 centre-back pairings this season 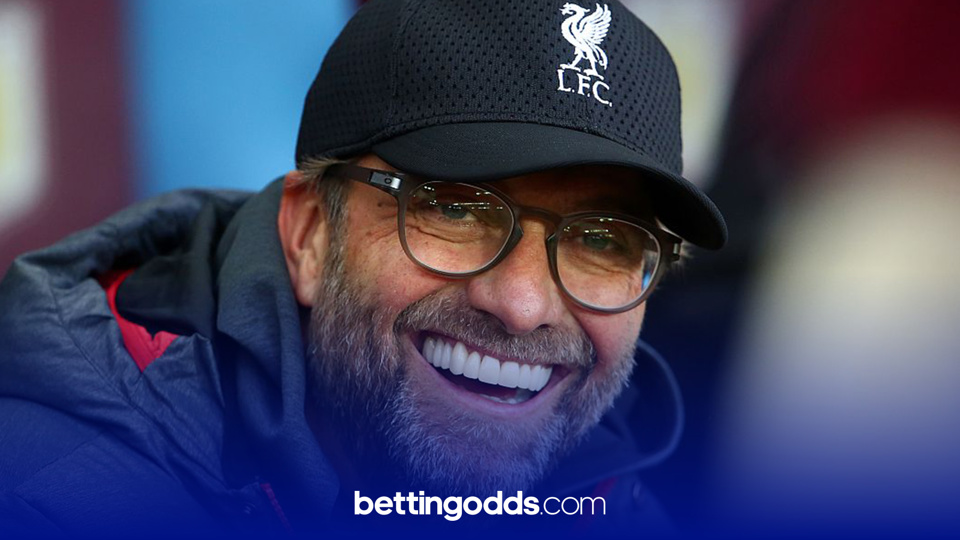 Liverpool looked to ease their defensive woes by adding two new players to their squad on deadline day. Ozan Kabak was signed on loan from Schalke with an option to buy at the end of the season, while Ben Davies was also brought in from Preston North End for a fee of around £1 million with add-ons.

Before convincing wins over Tottenham and West Ham in the last five days, Liverpool had gone four Premier League games without scoring, a run they had not matched in over 20 years. It’s at the opposite end of the pitch though where Jurgen Klopp has faced the most challenges this season, though, with numerous long-term injuries to contend with in defence.

Virgil Van Dijk ruptured his cruciate ligament in October in the Merseyside derby, while Joe Gomez was ruled out for the season at the start of November. The latest setback for the Reds comes, as it has now been confirmed, that Joel Matip will miss the remainder of the campaign with an ankle complaint. However, Liverpool played their hand superbly in not releasing this information until they had arranged deals for both Ben Davies and Ozan Kabak, ensuring they did not get stung on the transfer fees.

Besides the added challenges that a global pandemic brings, with several players having to isolate themselves over recent months, Liverpool’s injuries have forced their manager into playing individuals in different positions to their norm. Numerous natural midfielders have slotted in at the back during the first half of the season and in total Jurgen Klopp has used a whopping 16 different centre-back pairings!

Below, we can see the volume of partnerships that Jurgen Klopp has been forced into creating at the heart of his defence. The most frequent pairings have been Rhys Williams with Fabinho and Joel Matip with Fabinho. Both of those pairings have played seven games together, however Fabinho has performed better with Matip (seven clean sheets) than he has with Williams (zero clean sheets). 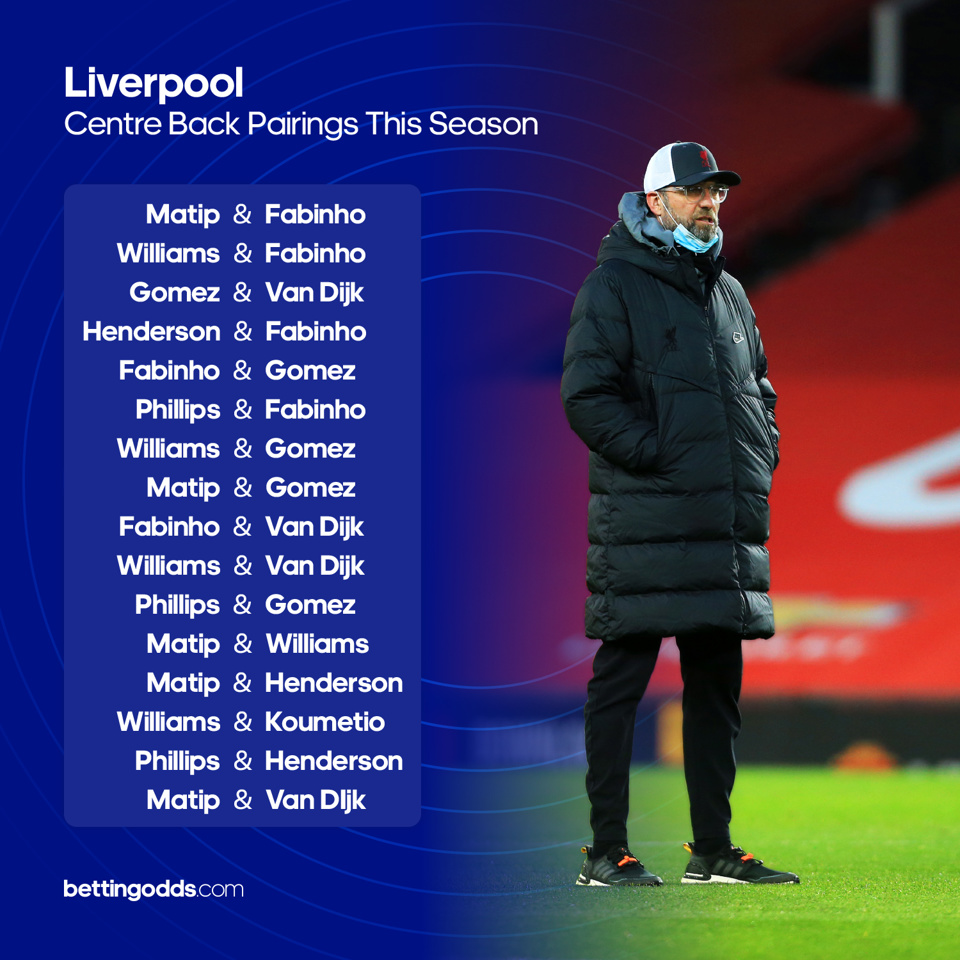 Prior to this season, Liverpool have been absolutely phenomenal for a good 18 months. The levels they have achieved on the field are backed up by damning statistics and tangible success in terms of silverware. In many ways it was hard not to expect a decline from a team that had performed so highly in their most recent campaign, but nothing could have prepared Jurgen Klopp for the onslaught of injuries that have been thrown his way this time out.

To be without all three of his natural first-team centre-backs is nothing short of disastrous, although the way in which so many players throughout the full side have adapted and taken up different positions has to be admired. Klopp’s ability to instruct and improve players leaves the impression that he has dealt with this crisis far more effectively than others would.

At the time of writing Liverpool are only four points off the top Premier League and deserve a huge amount of credit to be there considering the hurdles they have had to overcome. The Reds are also still in the Champions League after topping their group, which included two strong sides in the shape of Atalanta and Ajax.

Liverpool’s blip in results over recent weeks had been building up in many ways, with Jurgen Klopp attempting to plug leaks in a heavily damaged vessel. There’s no way that this ship has sunk yet though and it’s quite remarkable to see them at 4/1 in the Premier League Winner betting market, considering they have played so many players in unconventional positions.

Next on the agenda for the Anfield outfit is an away trip to Brighton on Wednesday, although following that are four absolutely huge fixtures. In the space of 13 days Liverpool will face Manchester City, Leicester and Everton along with their Champions League first leg last-16 tie against RB Leipzig.

As we have seen by the failings of Arsenal over the last fifteen years, a couple of weeks in February can be a deciding factor on whether a team challenges for a title or not and it will be paramount to Jurgen Klopp that his team picks up wins over this tricky period.