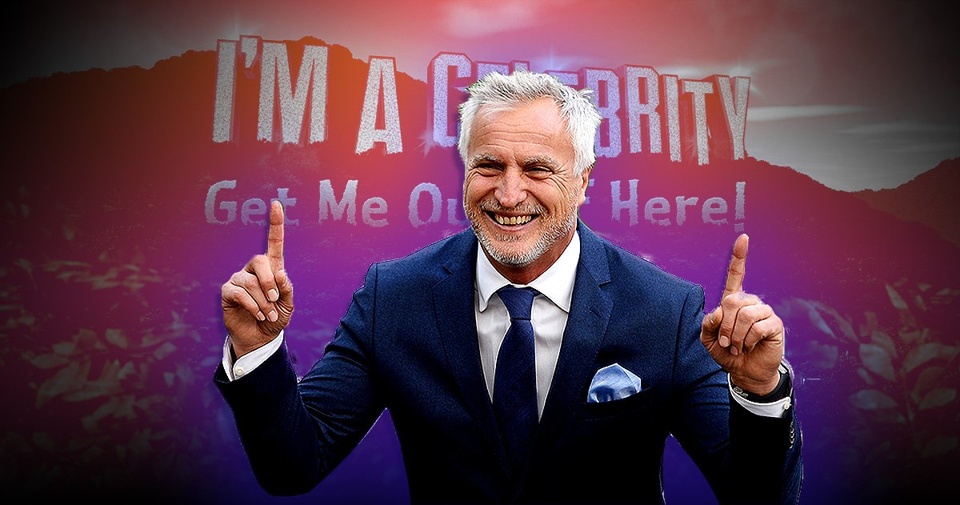 David Ginola will be heading into the castle this weekend.
By Callum Pragnell
16:23 Tuesday 16th November 2021 - 3 minute read

I’m a Celeb returns to our screens this Sunday, officially signalling the build-up to Christmas. For the second year running, ITV’s flagship show will be held in South Wales as opposed to Australia due to Covid-19.

There’s a whole host of B-listers heading into the castle this weekend, most notably presenter Richard Madeley - the real-life Alan Partridge - and ex-Spurs footballer David Ginola.

Simon Gregson and Adam Woodyatt - better known as Coronation Street’s Steve MacDonald and Eastenders’ Ian Beale - will battle it out for the crown of best long-running soap icon, while BBC Breakfast host Louis Minchin is another well-known addition to the 2021 series.

Who are the bookies’ favourites to win?

Pop star Frankie Bridge is the early bookmaker favourite (4/1) to frequent the throne in three weeks’ time. A former member of girlband The Saturdays, the 32-year-old - who is the wife of ex-England defender and I’m a Celeb contestant Wayne Bridge - has a staggering 1.3 million followers on Instagram and is widely loved by the public which massively strengthens her position heading into the show.

Second-favourite in the market is Corrie’s Simon Gregson at 6/1 with SBK. The long-serving soap star is predicted to be a character and will no doubt be one of the more humorous contestants, and should he live up to expectations then it is likely that the public will back him to go far. The same can be said of Emmerdale heartthrob Danny Miller, who is also among the favourites at 5/1.

Who will do the first bushtucker trial?

Unlike in years gone by, ITV have made a slight change to this year’s formatting and are allowing the public to vote on who will do the first bushtucker trial.

The bookies have made Frankie Bridge the favourite to tackle the first challenge (7/1), with Simon Gregson (9/1); Louis Minchin & Richard Madeley (both 10/1), Danny Miller & David Ginola (both 12/1) and Adam Woodyatt (16/1) all following up in the betting.

The latter could possibly hold the value, however, given how many viewers will be loyal Eastenders fans and want to see Ian Beale say that he’s “got nothing left” in real life.

Who will be the first to leave?

Former Strictly Come Dancing judge Arlene Phillips is the 7/2 favourite to be eliminated first with William Hill, with DJ Naughty Boy following closely behind at 9/2. British parasport athlete Kadeena Cox is third-favourite for an early exit at 5/1, with DJ and model Snoochie Shy just a shade longer at 6/1.

As the show progresses, this market will continue to change, with odds available for ‘next contestant to leave’ on our dedicated I’m a Celeb Odds 2021 page so be sure to keep checking for all of the latest prices!