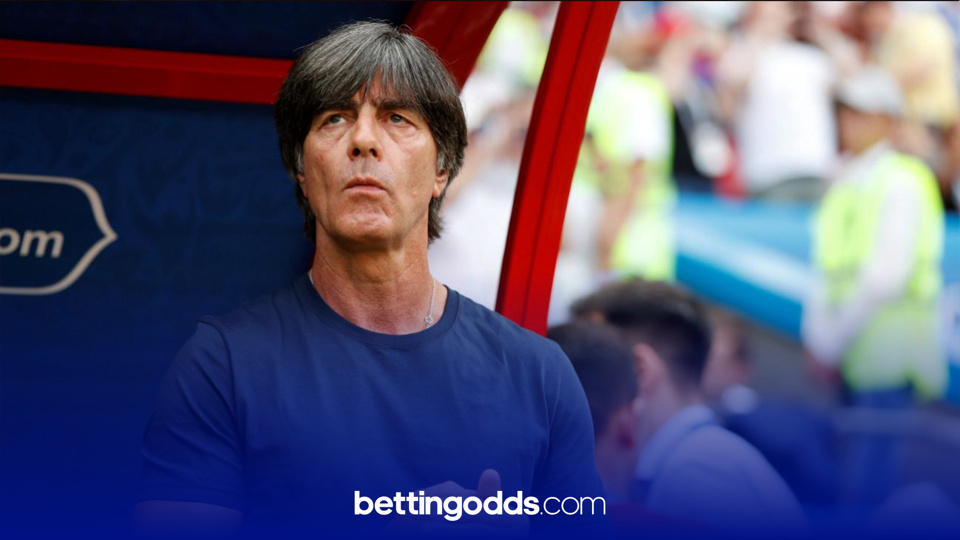 It’s 2020 and in a strange world, we’ve already had the Community Shield, we’ve got a set of international fixtures and the Premier League returns next weekend. With a tasty set of Nations League games warming us up until the proper football restarts, we thought we’d get back to providing you with some Nations League betting knowledge and three tips for Germany v Spain.

Portugal won the inaugural Nations League tournament played in 2018/19 and the new competition’s second tournament will start on Thursday and end around May/June in 2021 in one of the four countries who qualify for the semi-finals. A result of the Coronavirus sees this competition sandwiched in between the European Championship play-offs which start in October and the main competition (Link to Euros page)  which has been rescheduled to June 2021.

Germany v Spain kicks-start the 2020/21 Nations League campaign on Thursday night at 7.45pm UK time. Spain are 10/1(888) best priced to win the Nations League, meanwhile Germany are 16/1 with Unibet. As for the game itself, the bookies make Germany the favourites and give them a 40% chance of winning at 6/4, and Spain a 35% chance at 9/5.

Interestingly the Bayern Champions League winners, Neuer, Kimmich, Goretzka and Gnabry have not been included in Germany’s squad but Thiago has been included in Spains. Isco, Ceballos, Morata and Saul have been controversially left out of the squad and Adama Traore looks set to miss out through illness.

My first bet for this one is for the Germans to win the match. Joachim Löw has been in charge for an incredible 14 years and despite a-lot of his big guns not playing because they won the Champions League, I still feel they have some incredible talent like Sane, Havertz and Werner who will be too much for Spain’s unfamiliar defence.

Spain are very much in a transitional period under Luis Enrique as he’s ditched some big names to blood through the youngsters and the results have not been great, most notably in their recent 1-1 draws against Norway and Sweden in the Euro qualifiers.

In comparison to Germany who have won their last four, scoring 15 and only conceding one. 11/8 with Bet365 you can get 6/4 with Betfair using the link above…

Chelsea’s new striker Timo Werner is getting the nod over their soon to be newer striker Kai Havertz in our scorer-card double.

Timo scored an incredible 35 goals last season, seven in his last eight for Leipzig, 11 in 29 for Germany and he scored after just three minute on his Chelsea debut in a Friendly against Brighton.

The second part of this doubles sees our old favourite Sergio Ramos to be carded. As tempting as it is to have the Real Madrid defender to have a shot on target or score considering his brilliant title winning campaign which saw him bag 14 goals, on this occasion we’re opting to back him to get booked. He’s seen yellow in three of his last five games captaining Spain and against a young, pacey German frontline we think 11/4 for him to be cautioned is a great price.

Really like the look of the double which has been boosted from 15/2 to 9/1 with Betfair.

Our last bet for this one is a three-pronged same game multi you can find in Paddy’s Power prices at 25/1.

Our first selection is for the Villarreal bagsman Gerard Moreno to score. He’s Spain’s most in-form player after being involved in six goals in their last two games and finished the season in style scoring six in his last six La Liga games.

Gerard Moreno is on top form! 🔥

I’ll stay with Spain for the second selection and I fancy a Dani Carvajal card here. He’s one of the Spanish stalwart’s who has survived Enrique’s changes and has started in the majority of games under the new manager. He has been booked three times in his last five games for Madrid and he could be up against Leroy Sane. If he doesn't start, Rodri would be a good substitute

To finish off the long-shot I’m backing a Julian Brandt shot on target to be the cherry on top. Brandt averages over one shot per game for Dortmund this season and as part of an exciting attack he looks the best option to increase the odds of this treble to 25/1.

As ever, hope you enjoy the game and please remember to gamble responsibly. Good luck!