Germany vs. Italy Predictions: Signs point to yet another draw in Group A3 clash 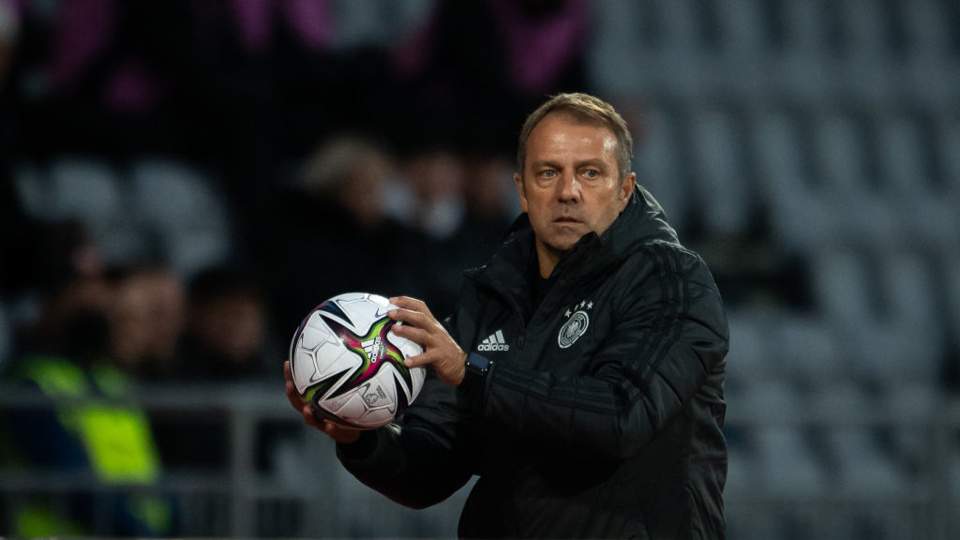 The final wave of summer Nations League matches take place tonight (Tuesday), which includes a pivotal Group A3 clash between Germany and Italy in Monchengladbach. The countries previously played out a 1-1 draw in Italy, but can they be separated this time around?

As forecasted, Group A3 is proving to be a tight and tense affair with only three points separating 1st from 4th. It’s the Italians who currently top the pile after recording five points from three games. Hungary are next in the running on four points, with winless Germany (3) and England (2) in 3rd and 4th respectively.

Italy may have missed out on qualifying for the 2022 World Cup, but the European Champions can at least put themselves forward for a chance to win another trophy in the form of the Nations League. Roberto Mancini’s young squad are in a transitional phase right now, and on current evidence it’s so far, so good in Group A3.

Germany bolted out of the blocks under Hansi Flick but have since struggled to carve out wins, especially in the Nations League where they’ve drawn all three of their matches to date. They do, however, head into this match as the bookies’ favourites to stamp their first win on the board. A draw is priced at 15/4, while Italy can be backed just over 4/1 to elevate their points tally to eight with a victory at Borussia Park.

Given the way in which the group has played out so far - four draws from six games played - it’s difficult to overlook the draw at 14/5 with bet365.

Hansi Flick may still be undefeated as Die Mannschaft manager, picking up eight wins and four draws to date, however progress has stalled slightly with each of those victories secured in his opening eight games. His troops have since failed to win their subsequent four games dating back to March, having drawn their last four in a row; all of which have ended 1-1. A lack of potency in attack has proved to be a thorn in the side for Flick’s men in this group so far, and is something he needs to figure out should the Germans have any chance of snatching top spot.

Italy may be located top of the table but draws have been a staple of their international diet too, with the honours shared in half of their last eight matches in all competitions, including Group A3 clashes against Germany and England. Meanwhile, they’ve only won once outside of Italy in the last year.

A draw is therefore our pick of the match outcomes.

To carry on this theme we’re backing yet another 1-1 scoreline in our next bet at 36/5 with SBK.

As touched upon, draws have been common place in this group so far. The players are evidently itching to begin their delayed summer breaks making it difficult to envision a high-energy encounter, jam-packed with goals.

Not only has 1-1 been the outcome of Germany’s last four matches stretching back to March, it's a bet that has landed in four of their last seven duels with Italy including the meeting earlier this month in Bologna.