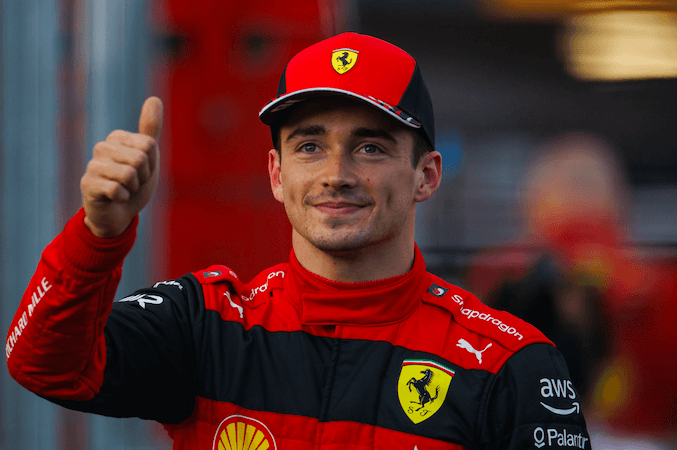 It’s been an eventful start to the 2022 Formula 1 season, which has seen one racer take complete control at the top of the Drivers Championship standings.

The Monégasque driver has absolutely stormed out of the grid this season, winning two of the three races to date, and finishing second in the other.

As a result the Ferrari man has already stamped 71 points on the board - a whopping 34 points clear of the chasing pack - meaning has now moved to odds-on (18/25, SBK) in the betting to win the Championship for the first time in his career, having previously been out at 16/1 back in January.

Verstappen has had an extremely disappointing start to the season, with his car letting him down in both Bahrain and Australia, although he did at least win in Saudi Arabia following a thrilling duel with Leclerc.

The Dutchman, all the way down in 6th in the standings with 25 points, has drifted to around the 9/4 mark to reclaim his crown. If Red Bull can up their game then expect Verstappen to claw his way back into contention.

Lewis Hamilton has also endured a tough start with a car that is nowhere near up to scratch but he has still managed to accumulate 28 points, however he’s a double-figure price out at 10/1 to win the Drivers Championship for a record-smashing eighth time. Hamilton may be 43 points adrift of Leclerc but Mercedes are expected to get their act together over time so it would be foolish to rule him out just yet.

Leclerc’s Ferrari teammate Carlos Sainz is next in the betting out at 33/1. Sainz finished 2nd then 3rd in Bahrain and Saudi Arabia respectively, but then spun out in Australia to drop to 3rd in the overall standings on 33 points. Ferrari do, however, top the Constructors Championship on 104 points - already 39 ahead of Mercedes in 2nd - and are now priced at just 4/6 to win it for the first time since 2008 - scroll down for full odds.

George Russell is the surprise name who has replaced Sainz in 2nd behind Leclerc. He's now on 37 points after three races - and nine points ahead of teammate Hamilton - which includes his first Mercedes podium last weekend Down Under (3rd). However, he’s still a large price at 40/1 to win the whole thing.

It is obviously worth remembering that there is still an almighty long way to go until the final race in November, during which we expect plenty of drama, thrills, spills and controversy.

Yet, for the moment, Charles Leclerc fully deserves his place at the summit of the leaderboard following a controlled and professional start to the season.

Monaco Grand Prix Betting Odds 2022 as BettingOdds.com preview the race and have a big priced dabble on McLaren…

Abu Dhabi Grand Prix 2021 Odds as BettingOdds.com provide Betting Tips and a Race Preview ahead of the final race…