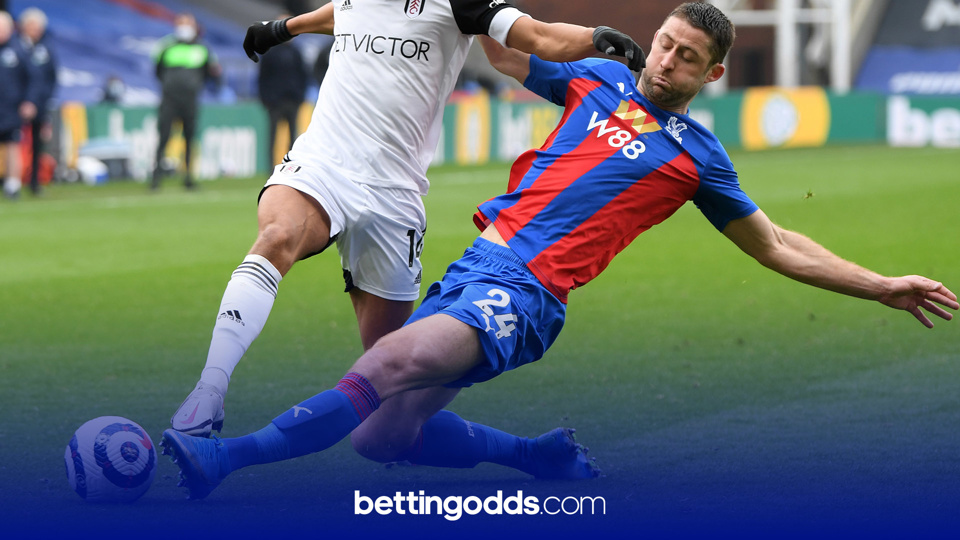 Over the last few years we have seen a rise in the number of peripheral markets that bookmakers offer around football, in particular with the Premier League. Player shots on target have become one of the most popular with casual punters and several firms have now extended their offering on player propositions.

Player tackles are the focus of our attention today here at BettingOdds.com and we’ve listed which bookmakers we prefer to use for these markets, along with the information around what actually is classed as a tackle. With an emphasis on the Premier League, we’ve also taken a look at some defensive data behind some of the division’s most prolific tacklers this term.

What is classed as a tackle?

So first up let’s focus on what is actually classed as a tackle. Most bookmakers settle their tackles markets based on data provided by Opta who define a tackle as:

‘It is not a tackle, when a player cuts out a pass by any means’

William Hill and bet365 are two of our favourite firms when it comes to player tackles. Both offer markets on the Premier League, although one thing worth noting here is that these firms currently do not allow you to combine more than one selection from the tackles markets on the same game, via the respective Bet Builder or Same Game Multi functions.
These selections can however be included in multiples with selections from other games.

Below you can see the tackles market from William Hill for Manchester City’s midweek game with Southampton at the Etihad. 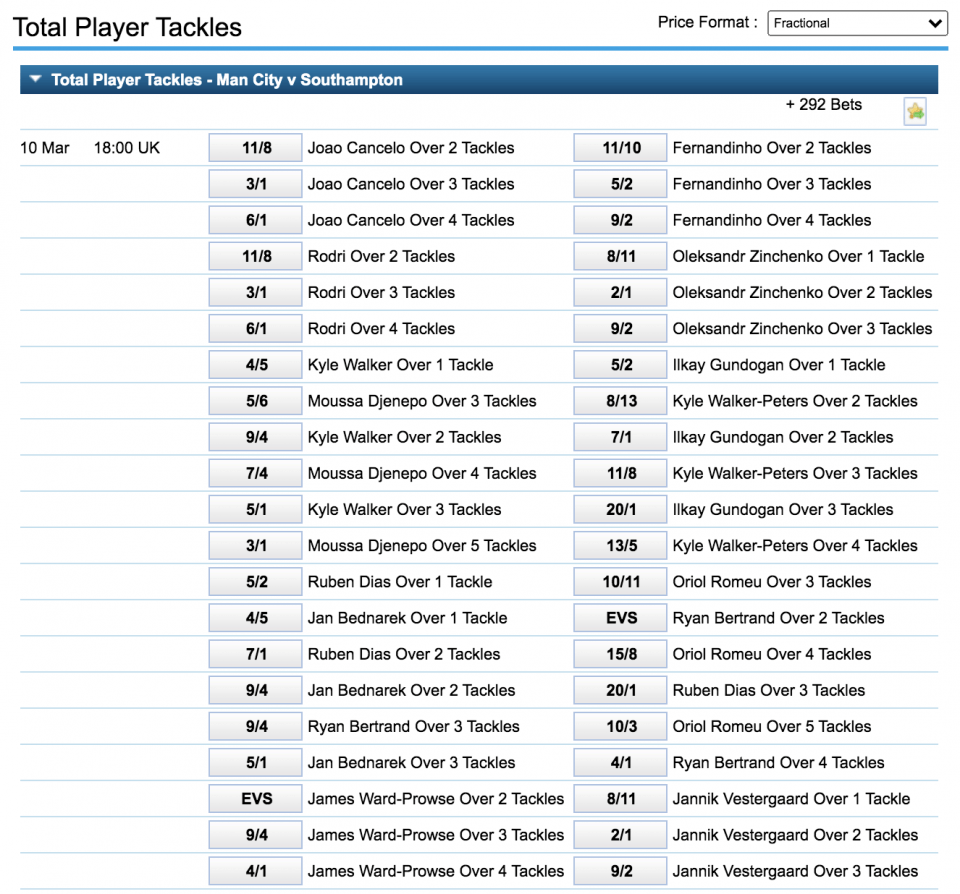 Total tackles in the Premier League this season

At the time of writing, Manchester United’s Aaron Wan-Bissaka currently leads the way in England’s top flight with 75 tackles this season. It is worth remembering that some players in the list below have played considerably less games than others:

Total Tackles Per 90 minutes in the Premier League this season

As mentioned above, certain players in the top tacklers this term have played considerably more than others. So in order to gain more accurate statistics we’ve looked at player tackles per 90 minutes. Please note we have only included players to feature ten times or more this campaign.

Our pick of the best tackles, blocks and defending from November in the Premier League... https://t.co/GWLB1kIpdK