Saturday's Football Tips: 40/1 acca for the opening day of the season 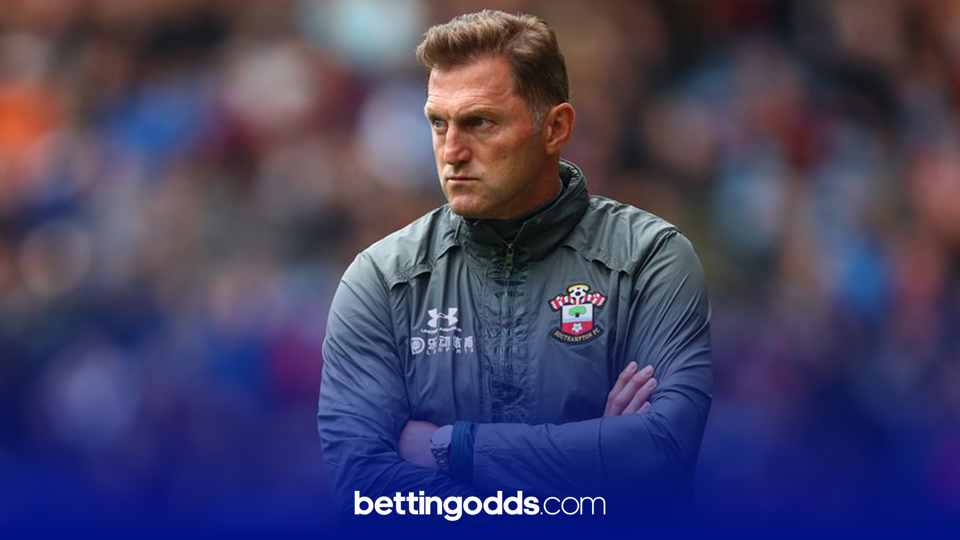 Southampton had the third best away record in the 2019/20 Premier League season
By Anthony Eadson
17:34 Thursday 10th September 2020 - 5 minute read

Domestic football returns this weekend after the shortest pre-season in history, with both the EFL and Premier League setting sail across the sea of uncertainty that is now the world we live in. There’s only one 3pm kick-off in the Premier League on Saturday with Crystal Palace hosting Southampton.

However, with their being a full card in the EFL I’ve gone through the Football League and picked out a nice 40/1 accumulator for you to settle down and watch Jeff and the boys (or girls) on the first Soccer Saturday of the season.

As mentioned above, Southampton are the only team to kick off at 3pm this Saturday as they travel to the capital to take on Crystal Palace. The Saints were superb on the road last season and if the table was to be based on away results alone, they would have finished third! If Ralph Hassenhuttl’s side can maintain the high press and intensity they showed away from home last season, I have every faith that they can overcome a rather dull Crystal Palace.

The problem last season for Palace came in front of goal. They just simply did not score enough and Norwich were in fact the only side to score less than them - they are just 2/1 to go down in the Premier League relegation market. New signing Eberechi Eze is a doubt for the game although the England under-21 international has been back in training this week. He may well be the key to giving Palace some flair when going forward but I see Southampton coming out on top at Selhurst Park on Saturday.

Dropping down into the Championship and the first of two sides I’m backing here for the win is Neil Harris’ Cardiff. I thought Harris did a fantastic job when coming in as manager last season to replace Neil Warnock in November.

He managed to propel the Bluebirds up into the play-off places and was unlucky to lose out to eventual winners Fulham in the semi-final stage. Cardiff only lost six times under Harris last season and they take on a Sheffield Wednesday side who travel to Wales starting the season on -12 points due to breaking profitability and sustainability rules in 2019-20. The Owls have it all to do and I think it will be a tough opening day trip for them here with Cardiff clinching the spoils come full-time.

Norwich were relegated from the Premier League just a few months ago with a disappointing second-half to the season after a bright start to the campaign when they beat Manchester City and Everton. They’ve managed to hang on to most of their players, with the only significant loss being Jamal Lewis to Newcastle. The addition of Jordan Hugill from West Ham could also prove to be a shrewd move bringing in a striker with his proven record in the division.

They travel to Huddersfield on Saturday - a team who finished just three points from safety last term. The club have got rid of manager Danny Cowley after just ten months in charge and have replaced him with Carlos Coberan who worked alongside Marcelo Bielsa at Leeds. I don’t think Huddersfield have enough Championship quality to grind this one out and their lack of activity in the transfer window brings some cause for concern - my verdict is a win for the Canaries.

Moving onto League 1 and I fancy Joey Barton and Fleetwood to enjoy a successful coming season. They host Burton on the windy Lancashire coast this Saturday and cast your minds back to last season and before the season was rudely cut short by the ‘C’ word and the Cod Army had gone 12 games unbeaten.

Joey Barton really had his side performing with wins over Ipswich, Wycombe, Peterborough and Portsmouth all coming in their last seven games of last season. Burton only won once in their last ten games of last season, with that solitary win coming against relegated Southend. Nigel Clough still remains at the helm but I see the home side coming out on top here with a home win for Fleetwood.

The final selection of this opening day accumulator comes from League Two where Cheltenham see the visit of Morecambe. Manager Michael Duff boasted one of the most consistent teams in the EFL last season and the route of that was because of their solid defence. The club from the Cotswolds only conceded just 27 goals in 36 games in 2019/20 - a record that any team in professional football would be proud of.

They went on to eventually be beaten in the play-offs after throwing away a two-goal advantage from the first leg against Northampton. I’m confident that they can push for the automatic places this coming season, though, and kick things off with a win against a Morecambe side who finished 22nd last term. The Shrimps conceded a whopping 60 goals in 35 games in the last campaign and if they don’t address that this season they could well drop out of the Football League. At 10/11 I’d have Cheltenham as my banker of the weekend.