Beth Mead was in prolific form during the group stages of Euro 2022. The England star has thrived in her position employed on the right-hand side of a front three, firing in five goals and three assists in Group A. She’s now the frontrunner to claim the Golden Boot with England favourites to win the whole thing.

Below we look at the Top Goalscorer market and whether Mead has any serious challengers as the remaining eight countries gear-up for the knockout-stages, starting with the quarter-finals…

Scroll down for the full odds market

Heading into Euro 2022 Beth Mead wasn’t even the favourite to top score for her country - nothing wrong with that, considering she has England’s all-time scorer Ellen White as a teammate - but after three waves of fixtures it’s the Arsenal player who has asserted herself as England’s star player.

Five goals - including a hat-trick - has rocketed Mead to the summit of the Euro 2022 goalscorer charts, while her three assists mean she’s at the top of that category too (level with fellow Lioness Fran Kirby and Swede Kosovare Asllani. 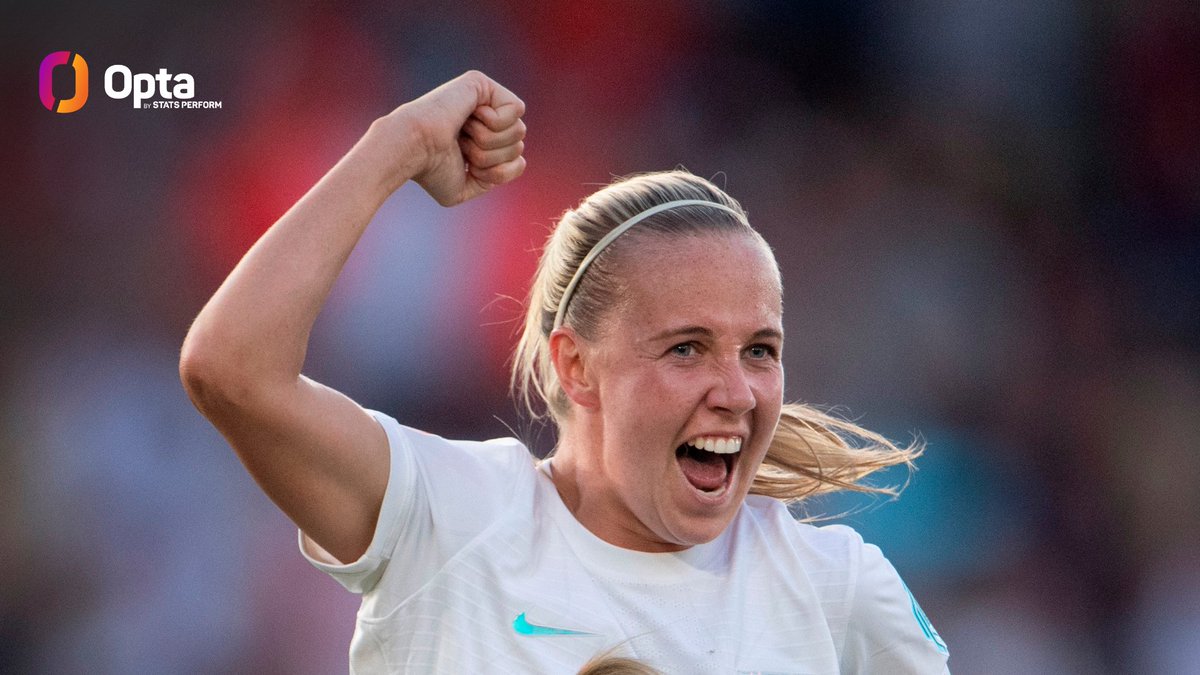 Simply put, Mead is thriving under Sarina Wiegman, banging in an astonishing 19 goals in 15 games. Tougher tests await in the quarter-final against Spain, and possibly Sweden in the semis, but it’s the opposition that will be fearing Mead - not vice-versa. She’s now as short as 4/9 to win the Golden Boot.

Mead could even be worth a look in the Sports Personality of the Year betting. She was only introduced to the market a few days ago and has since been cut from 25/1 to just 7/1, making the 27-year-old the second favourite with Paddy Power behind Ronnie O’Sullivan. Meanwhile, she’s a best-priced 14/1 with William Hill, a price which may not be available for too much longer!

An entertaining and goal drenched two weeks of group stage Euro 2022 action has seen 16 countries shredded down to eight. All the big guns have safely negotiated their way through to the knockout stages, some with flying colours -…

Over on the other side of the draw lurk Germany’s Alexandra Popp and France’s Grace Geyoro, who both have three goals apiece.

Like Mead, Alexandra Popp is the only other player to score in every game so far. The Olympic gold medalist (2016) agonisingly missed both Euro 2013 and 2017 through injury, but now finally in her first Euros she’s in cracking goalscoring form for a Germany side who are bidding to win their ninth title. Popp, who has over 50 goals for the national side, will certainly fancy her chances of adding to her tally against Austria in the last-eight as she attempts to keep the heat on Mead, with the striker now as short as 6/1 with some firms, although she can still be backed at a very attractive 14/1 with Sky Bet.

Grace Geyoro stormed out of the blocks with a hat-trick in her first game, a 5-1 pasting of Italy. The PSG captain may play in midfield but makes brilliant late runs into the penalty box, making her a real threat in the attacking third. She’s not yet added to her tally, although she was a sub in the last game as France opted to rest key players. She can currently be backed around the 12/1 mark.

After breezing through the group stages at Euro 2022, Group A winners England now face their first big test in the quarter-finals against pre-tournament favourites Spain, who finished second behind Germany in Group B. The teams lock…

Mead’s main challenge could actually come from within her own camp.

2019 joint-Golden Boot winner Ellen White is priced at 10/1. England’s record goalscorer has two goals to her name to date, three behind Mead. White’s received some criticism which I think is unfair. Given her record and tournament experience you’d be an idiot to write her off. She’s a poacher who can score a goal at any given moment. My only slight concern is minutes, with White substituted in the 64th, 57th and 45th minutes of her three games to date. Meanwhile, Mead has only been subbed once.

Another Lioness, Alessia Russo, could be well worth taking note of at a huge price of 40/1. Russo has yet to even start a Euro 2022 game for England but she's still manage to stamp three goals on the board - two off Mead and one more than White - which have all come via the substitutes bench. Her positioning is excellent, as is her aerial ability. White should continue to start for now, but Russo has proved she’s a superb addition off the bench.

That turn and finish from Alessia Russo.

If England are knocked out by Spain on Wednesday this could suddenly fire a few other current outsiders into the mix.

Sweden’s Stina Blackstenius and Fridolina Rolfö are each 50/1 shots. They both have just the one goal but their side have looked fantastic so far and will be hot favourites against Belgium in the next round. Their teammate, Filippa Angeldal, has two goals to her name but has not yet been priced up in the market, so stay tuned.

A real long shot here at 80/1 (Sky Bet) considering she’s yet to find the back of the net, but you can simply never rule out Vivianne Miedema. Mead’s Arsenal teammate has been forced to miss two games due to covid but is expected to return for the Netherlands against France.

Admittedly, it’s a big ask for her to catch-up Mead and the others but this is one of the best strikers in the world we’re talking about. Not only has she bagged the most goals in WSL history, she’s also scored more goals for her country than any man or woman.

For the moment at least, everything points to the brilliant Mead who is in pole position to claim the spoils.