Euro 2021 Betting: England's most likely line-up vs. Croatia according to the odds 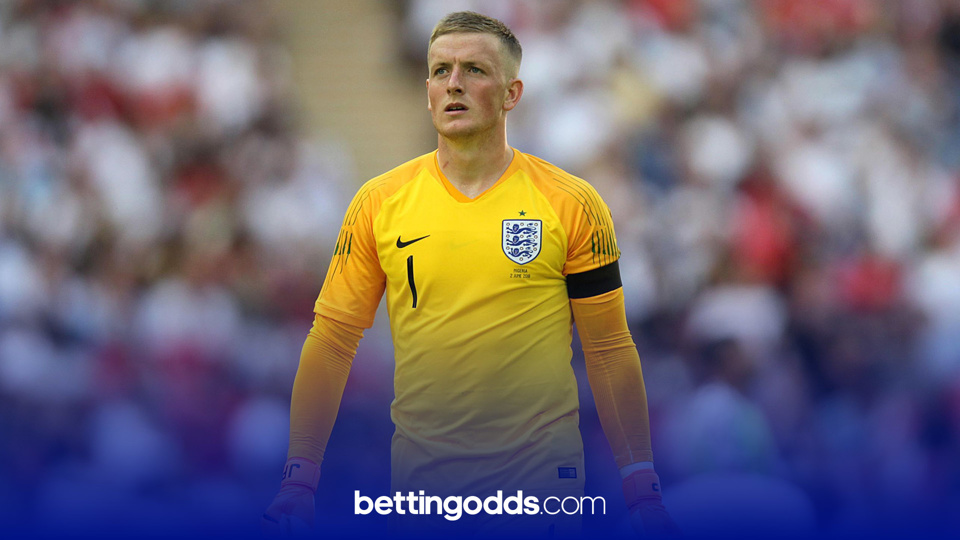 Euro 2021 Betting: Jordan Pickford is the most likely player to start v Croatia according to the odds
By Callum Pragnell
16:38 Tuesday 17th November 2020 - 3 minute read

Bookmaker Coral have released odds on who they think will start for England in their tournament curtain raiser at Euro 2021 next June. The Three Lions face the team who knocked them out of the World Cup semi-finals back in 2018, Croatia, looking for revenge for that defeat two-and-a-half years ago.

While things like form and injuries will obviously determine who starts for the Three Lions in seven months time, currently the most probable line-up - according to the odds - starts with Everton’s Jordan Pickford in goal.

“Gareth Southgate has been criticised for being too negative with his starting XI, however, our odds project the England boss will start with an attacking line-up for his opening game of Euro 2020, with places for Raheem Sterling and Jadon Sancho,” said Coral spokesperson John Hill.

“Jordan Pickford is likely to be favoured over Nick Pope in goal, while we think Trent Alexander-Arnold and Ben Chilwell will feature in the two full-back positions,” added Hill.

"At this stage, we don't think there will be a place for Jack Grealish in the starting XI, however, if the Aston Villa man continues to impress, that could all change before June."

Indeed, the value could lie in Jack Grealish, who is a 4/5 shot to start against Croatia in June. The 25-year-old was terrific against Belgium last weekend and has started really brightly for Villa in the Premier League. Chelsea's Reece James has also impressed in recent internationals, the young right-back is enjoying a better campaign that Trent Alexander-Arnold right now and at 4/1 looks a huge price to start England's first match at Wembley.

Tyrone Mings has been preferred by Southgate in the heart of defence on numerous occasions and has done well when called upon. The Villa centre-half is odds-against to start against Croatia at 5/4, so that could also be a worthwhile selection at this early stage, while Manchester City's Phil Foden is an even-money shot and could also be worth considering if he starts to pick up some more minutes at club level this season.

England are the 5/1 joint-favourites with Belgium to win Euro 2021. They are odds-on at 2/5 to top Group D at the end of the group stages. 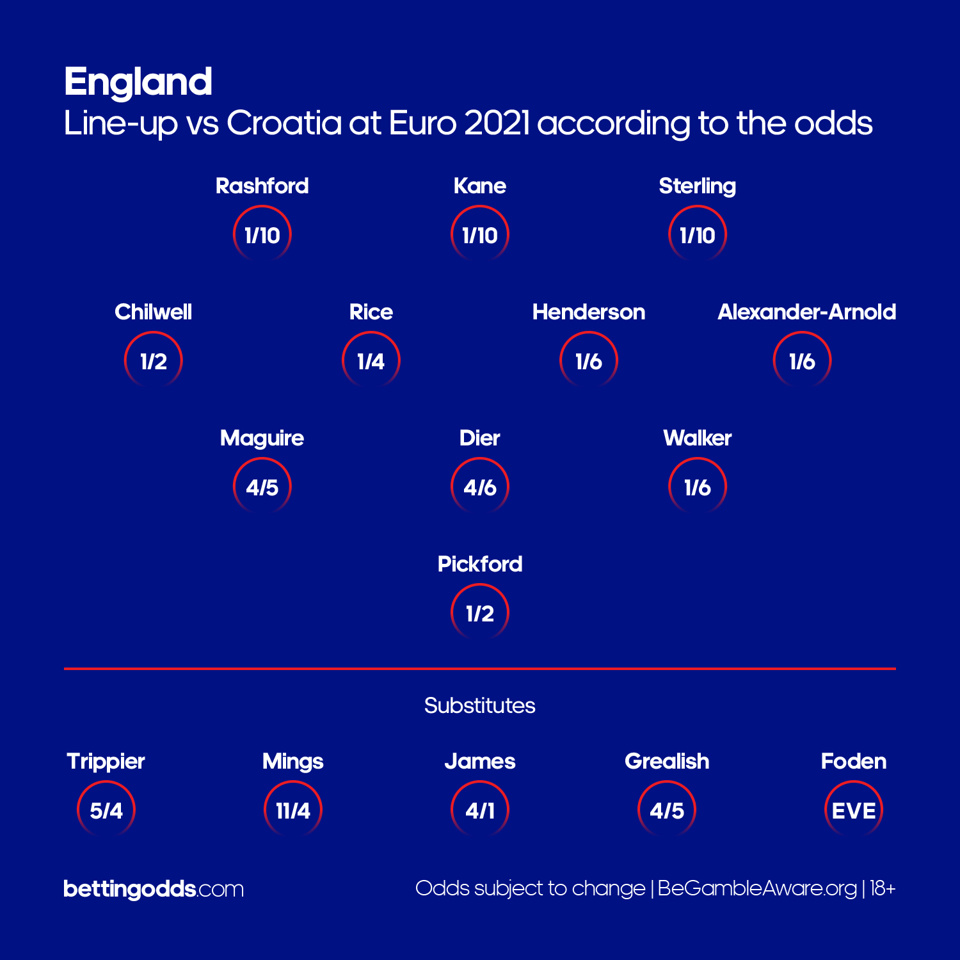