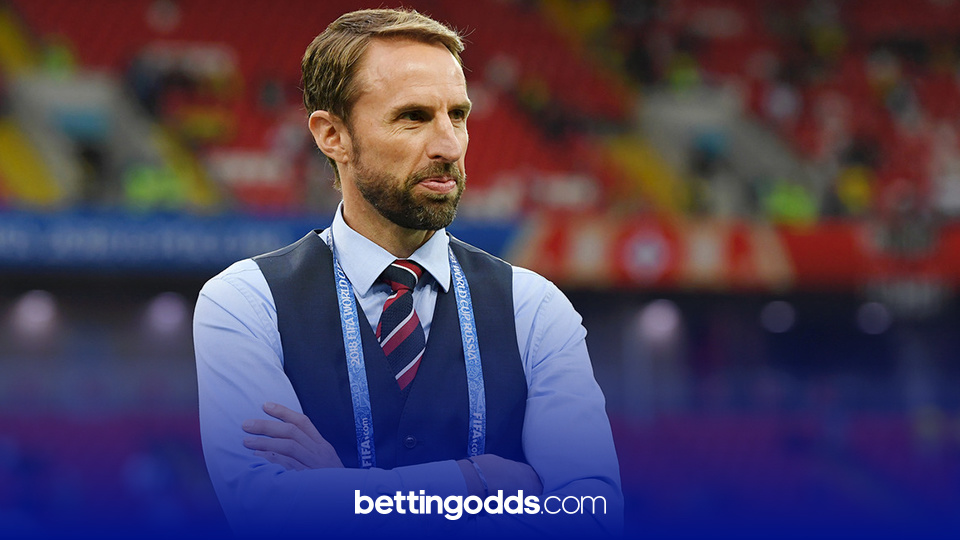 Gareth Southgate will now be able to select 26 players to represent England at Euro 2021 as opposed to 23, after a Uefa committee recommended the expansion in response to pressures on players caused by the Covid-19 pandemic.

The Three Lions boss will now be able to select three additional fringe players for this summer’s tournament, with the likes of Southampton’s James Ward-Prowse, Borussia Dortmund’s Jude Bellingham and Aston Villa’s Ollie Watkins probably the biggest potential beneficiaries to come from the decision.

Coral have released odds on what the 26-man squad will be according to the odds, interestingly including Tottenham’s Eric Dier into the list of defenders at 8/13, even though he has only featured in 24 of Spurs’ 33 Premier League games this season.

Jordan Henderson’s fitness remains touch and go which is why he isn’t any shorter than 2/5 at this stage, although if the Liverpool midfielder does return from injury in time then he will be one of the first names on Southgate’s team-sheet, despite missing the second half of the campaign with a groin complaint. 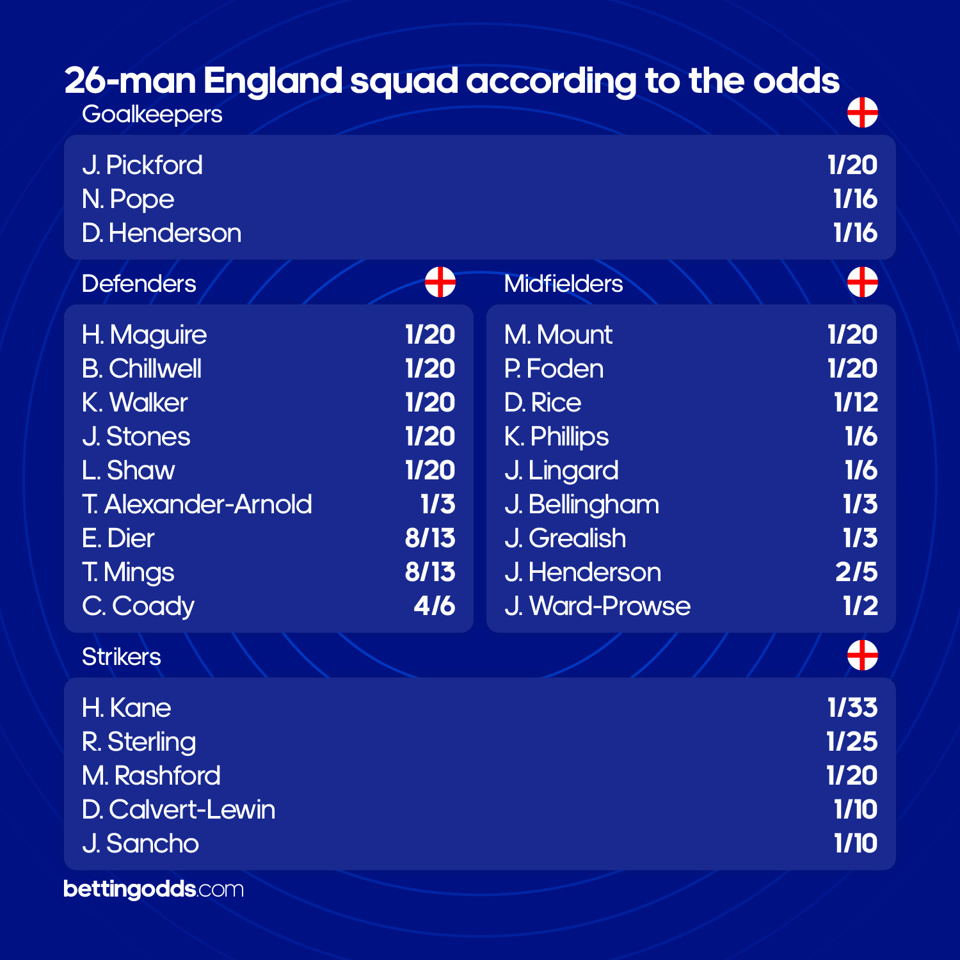 Jack Grealish is also battling his way back to fitness after missing the last two months with a shin injury, but is backed to return in time for the Euros, priced at 1/3 to make the final 26-man squad.

Elsewhere, the continued excellence of Manchester City starlet Phil Foden has seen his price in the market shorten to 1/20, joining the likes of Mason Mount (1/20), Harry Maguire (1/20), Harry Kane (1/33) and Raheem Sterling (1/25) among the list of nailed on certainties for selection.

Jesse Lingard’s increase in form at West Ham - where he has scored nine goals in 11 games for the Hammers - has seen his price to make the proverbial plane cut to just 1/3, which considering he began the year as high as 50/1, is an incredible shift in the market.

In the forwards department, usual suspects Harry Kane, Raheem Sterling and Marcus Rashford are all typically short, while Borussia Dortmund’s Jadon Sancho and Everton’s Dominic Calvert-Lewin are both 1/10 shots.

Somewhat surprisingly, there is no room for either Danny Ings of Southampton or Villa’s Ollie Watkins according to the oddsmakers, one of which you would expect to be included considering the up in squad numbers.

Who would you take to Euro 2021? Let us know your thoughts by Tweeting us @BettingOddsUK!