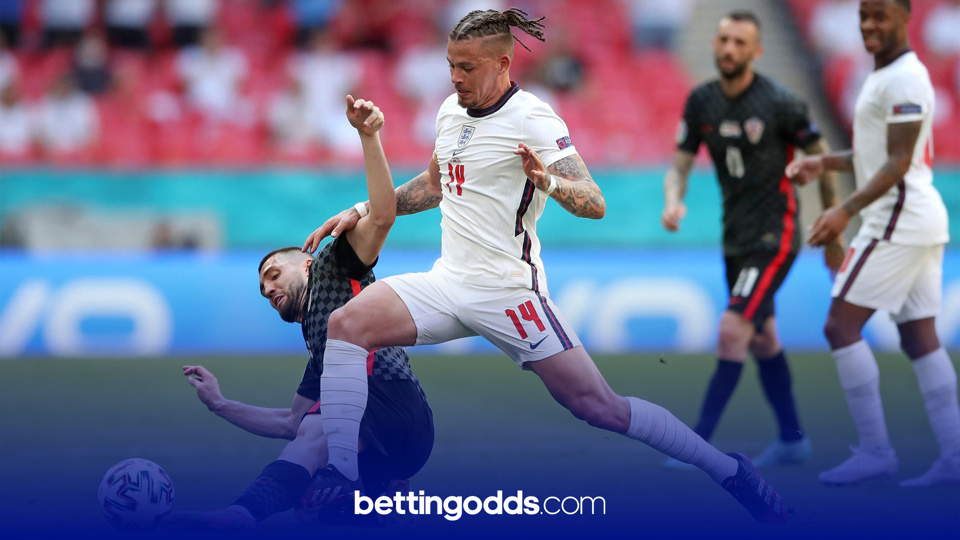 England v Scotland is on paper one of the games of the group stage and I have a feeling it may well live up to expectations. For most of these players it will be their first time experiencing this fixture and with an 8pm kick off and cooler conditions I expect this to be played at a very high tempo throughout.

We’ve seen a slight drop off in cards so far which I would put down to the warmer temperatures and the return of fans, but I think as players/refs readjust we will see closer to the 4 cards per game average you expect in these tournaments.

The first bet I like is over 0.5 England cards and over 1.5 Scotland cards at 11/8 on bet365. It’s such a huge game for Scotland that regardless of the score they will put up a fight until the end and with quite a few club rivalries involved I wouldn’t be surprised to see 1 or 2 flare-ups across the 90 mins. The bet is an odds-on shot at most other firms and I was expecting an Evens at best price.

The two players I’m keen on for a card is Phillips and McTominay who are 25/1 for the double with Betfair. Phillips was given a more advanced role than expected vs Croatia which meant he was occasionally caught out defensively and did concede more fouls than any other English player. He will be in direct opposition of McTominay and with the United vs Leeds rivalry and both players high fouls counts in the PL this season then 25/1 certainly seems worth the punt.

There’s one other bet that I’ve seen that I think could be great value and that’s Maguire for 1 and 2 headed shots on target at 6/1 and 80/1 respectively with Betfair; he’s declared himself fit to play but it’s perhaps unlikely that Southgate will start him here so I certainly wouldn’t place these bets without seeing the lineups first, but if he did start then it would certainly be great value.

The Scots have struggled to defend set pieces for about a decade now and Maguire was the biggest aerial threat of all centre backs in the premier league last season amassing 29 headed shot, 7 more that his nearest rival (Lewis Dunk).