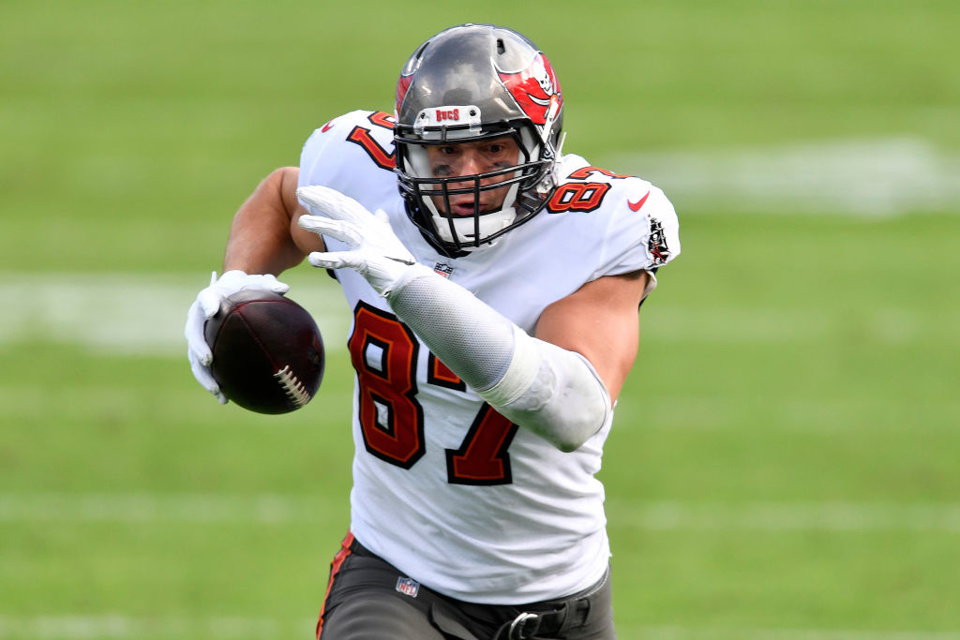 It is time for the NFL Playoffs and the team here at BettingOdds.com will take you all the way to the Super Bowl. The opening game on Sunday sees the defending champion Tampa Bay Buccaneers host the Philadelphia Eagles. The Moneyline price doesn't excite Neil Monnery one jot but two odds against props are well worth a flutter in his opinion...

Last year, the Tampa Bay Buccaneers went all the way with a smothering defense and an offense firing on all cylinders. This year the D is still pretty darn good but when it comes to the O, Tom Brady is missing two key cogs with Godwin out injured and Brown just out. This means a Buccaneers run all the way to the Super Bowl is far less assured than it was 12 months ago.

On Sunday, they open up their postseason with a relatively soft landing spot in their NFC Wildcard match-up. The Philadelphia Eagles come into town as an 8.5pt underdog with a 9-8 record. They squeaked into the postseason, winning four of their final five games to earn their spot.

Beating Washington twice along with downing the Jets and slaying the Giants isn’t much to write home about. If I was doing a power ranking of all 14 playoff teams, they would be plum last. When you see that key stat that they went 0-6 against playoff teams in the regular season then that explains a lot.

If they are to pull off the upset - or even to get close - they will need Jalen Hurts to be as close to fully healthy as possible. The Philly QB has been dealing with an ankle injury in recent weeks but was listed as a full participant in practice. It would be fair to say that the second-year player out of Alabama (by way of a year at Oklahoma) has improved significantly as the season has gone on.

Getting Miles Sanders back would also be a big help. The former Nittany Lion had struggled until back-to-back 100+ yard games early in December. A hand injury curtailed that rich vein of form but he’s practicing and you’d expect him to give it a go come Sunday.

On the Tampa Bay side, as I’ve already mentioned, the loss of Chris Godwin to a season-ending injury and Antonio Brown due to his dismissal from the team has left Tom Brady short of his top targets. They do still have Mike Evans however and you know January is when Rob Gronkowski comes into his element.

Leonard Fournette was designated to return from Injured Reserve and should he start on Sunday, it would give the Buccs a huge boost. He scored a Touchdown in each playoff game last season and went north of 100 yards from scrimmage in three of the four. A fit Fournette gives the Buccs a reliable Running Back.

For years I had a mantra when previewing NFL games and it was, ‘You don’t make money by betting against Peyton Manning or Tom Brady’. The Sheriff has fired his last pass but the GOAT is still very much in his prime. I’m not about to abandon that strategy but the home team are too short on the Moneyline so I’m happy to ignore that market.

Therefore I’m going to put up two tips for this Sunday clash. Both prop bets with a bit of value.

First of all I do like the odds against opportunity to back Rob Gronkowski to score a TD anytime. Brady leans on #87 in key situations and when fully healthy, he’s as close to undefendable in the end zone as you can get. That is 13/10 with Paddy Power and Betfair.

Also with them, how about 5/1 for Hurts to rush for 50 yards or more and a score? The second-year player has rushed for north of 50 yards in half of the games he's started and averaged over a TD per 120 minutes of action. That price really tempts considering he'll put everything on the line in a win-or-go-home scenario.

Raiders vs. Bengals Betting Tips as BettingOdds.com provide the latest Odds and Predictions ahead of the AFC Wildcard…