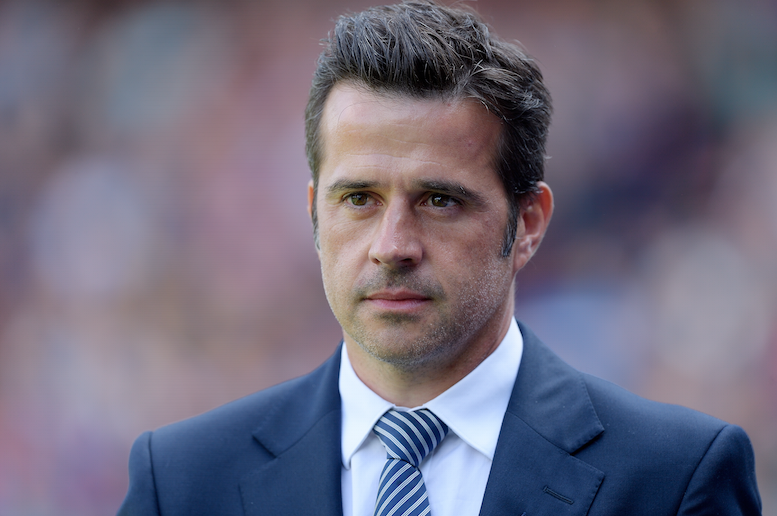 It’s been just over two years ago since Everton and then-manager Marco Silva suffered a crushing 5-2 defeat in the Merseyside derby.

The shattering loss dropped the Toffees into the relegation zone. Within 24 hours Silva's contract had been torn to shreds.

In truth, the writing had been on the wall for Silva who had endured weeks of displeasure in the hot-seat.

Everton’s set-piece record was a shambles and something he simply couldn’t figure out, his side were leaking in goals for fun, while the optimism built up from a fine finale to the previous campaign had completely vanished.

Fast-forward to January 2022 and while it might be the same old story over at Everton, who are dangling just above the drop zone after axing Rafa Benitez, in contrast Silva is enjoying an impressive resurgence in the managerial arena.

It took Silva 18 months to recover from his Everton tenure.

After three intense years at three different Premier League clubs, the Portuguese coach could easily have opted for a move elsewhere in Europe or even further afield.

But after recharging his batteries he returned to England in the summer of 2021 with Fulham, who had just lost their manager - Scott Parker to Bournemouth - and their Premier League status.

Seven months into the job and Silva has Fulham top of the Championship, five points clear of Parker’s Bournemouth in second. They have a league-high 16 wins on the board, an extraordinary 70 goals have been scored - 26 more than any other second-tier side - and just 23 conceded.

A five game winless streak (four draws and a defeat) in the run up to Christmas has been followed by three absolutely stonking wins: Reading were hammered 7-0 on their own patch, then six goals were fired past both Bristol City and Birmingham (both 6-2).

"They are a different animal to my team – that’s a fact – that’s what you pay the money for," Birmingham boss Bowyer said on Tuesday. "I don’t see anyone affecting them. They will drop the odd point here and there but they will do what they have done to us a few more times this season. If anyone finishes above them they are definitely promoted. They are a very good side."

The Cottagers have subsequently become just the sixth side in the history of English football to score six or more goals in three successive matches.

Regardless of who was appointed as Parker’s replacement, given the calibre of their squad Fulham were always expected to mount a push for an instant promotion this season. It is, of course, harder said than done as a multitude of teams and managers have discovered in the past.

If the handbrake was on at times under Parker last season, the more adventurous and attack-minded Silva has given his players far more freedom to express themselves. Yes, it's in a different league, but his side look unplayable at the moment and while there are still 20 games to go, promotion seems inevitable. This is a special team.

Aleksandar Mitrovic is on fire and has a seven-goal lead at the top of the Championship goalscorer charts (27), teenager Fabio Carvalho is attracting interest from a host of Premier League clubs, and a resurgent Neeskens Kebano is putting him excellent performances. Harry Wilson too. They aren't the only stand-outs by any means.

Silva’s men can now be found as short as 1/5 to win the Championship title, and 1/25 to win promotion.

Perhaps he could even pass his former employers Everton on the way back up to the Premier League this summer.

Can anyone challenge Silva's supremos?

Bournemouth and Blackburn are both five points behind, so the race for the title is by no means over.

Parker’s side can be found at 11/2 to win the title, while Tony Mowbray’s surprise package could have a few takers at 22/1 given their remarkable run of form since they were hammered 7-0 at home to Fulham in November - they’ve since gone 10 games unbeaten, accumulating eight wins during this impressive run.

Valerian Ismael’s West Brom have drifted to 22/1 following a four game winless run which has dropped the 5th-place club 12 points adrift of Fulham, whereas 50/1 priced QPR, led by Mark Warburton, are 10 points off the summit but with a game in hand.

Chris Wilder has got Middlesbrough purring with 19 points from his last seven games, which has propelled Boro into the play-offs. They are an outside three-figure bet at 100/1 to lift the title, and catch the eye at 20/1 to finish in the top-two, and 6/1 to win promotion; something he previously achieved with Sheffield United.