ATP Finals Betting Tips: Why Alexander Zverev is a cracking bet at 7/1 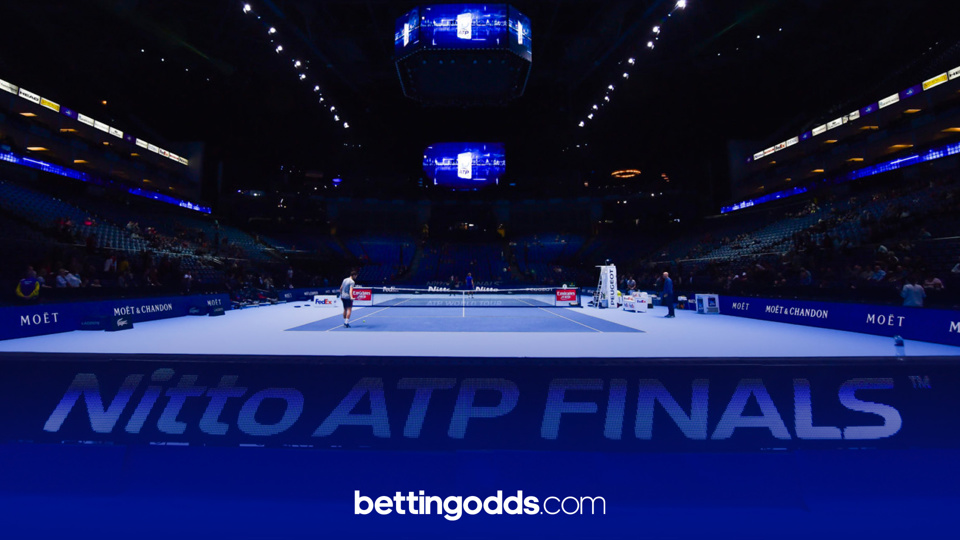 It’s been an interesting 2020 in the world of sports with the coronavirus pandemic putting a stop to a lot of events but with perseverance and a spectacular effort from everyone we’ve still managed to witness two of the four Grand Slams with Wimbledon being the only one cancelled. And here we are now at the end of the year with the Nitto ATP Finals starting on November 22.

The ATP finals is a week-long event at the O2 in London and is the second-highest tier of men’s tennis just underneath the four Grand Slam tournaments. The confirmed entries so far are Novak Djokovic, Rafael Nadal, Daniil Medvedev, Dominic Thiem, Alexander Zverev, Andrey Rublev, Stefanos Tsitsipas, and Diego Schwartzman.

Novak Djokovic is a clear favourite in the tennis betting as he is for every tournament he enters and rightfully so in all honesty. Novak has already claimed the Australian Open, Italian Open, Cincinnati Masters, and the Dubai Championship this year and it would be of no surprise to anyone if he is to claim his first ATP Tour Final title since 2015. Djokovic represents odds of 11/10 and is a very clear favourite for this tournament with Rafael Nadal coming in as a 3/1 second-favourite.

I always feel Novak is too short in the outright market and believe the value is elsewhere, specifically in Alexander Zverev. The German is currently representing 7/1 odds to win the tournament outright and I personally feel it’s a great bet. Zverev is enjoying some of the best tennis of his career since the restart of the season.

Reaching the US Open final and just recently winning two tournaments in a row as well as narrowly losing to Medvedev in the final of another, it’s clear to see Sascha is enjoying his tennis recently and his new coach David Ferrer has certainly helped him out.

Since the restart of the tennis season, Zverev has recorded 20 wins on hard court and only two losses, both of which were at tournament finals (US Open vs Thiem and Paris Open vs Medvedev). The 20 wins he’s gathered have led him to back to back tournament wins, showing just how good his form is currently on hard court. The ATP Finals is a hard court tournament which is why I keep mentioning the surface, as well as this being in my opinion the best surface he’s won this tournament before. In 2018 Zverev was a man on a mission in the ATP finals taking down Roger Federer, Novak Djokovic, John Isner, and Marin Cilic in the space of a week, it really would not surprise me to see him beat everyone again this time.

In terms of competition for Zverev I don’t see how anyone apart from Djokovic gives him a tough time. He’s got a winning record against Medvedev (5-2) despite recently losing to him. Nadal shouldn’t be much of a worry on hard court, and I’ve also not been impressed by Nadal since the restart of the tennis season. He’s currently got a 4-0 record against Rublev, too. Zverev recently smashed Schwartzman 6-2/6-1 on a hard court and Tsitsipas who would normally be a big worry has only won two of his last four on hard court. 7/1 should be a great price for the big German.

ATP World Finals Tip
Alexander Zverev - outright winner
7/1
After winning back to back finals and narrowly losing in one final, Alexander Zverev's record of 20 wins and two losses on hard court could see him win the ATP finals for a second time.
Odds correct as of 2020-11-11 13:20 Odds subject to change.
Free betting offers

Wimbledon Betting Tips: Why Matteo Berrettini is great value at this year's tournament