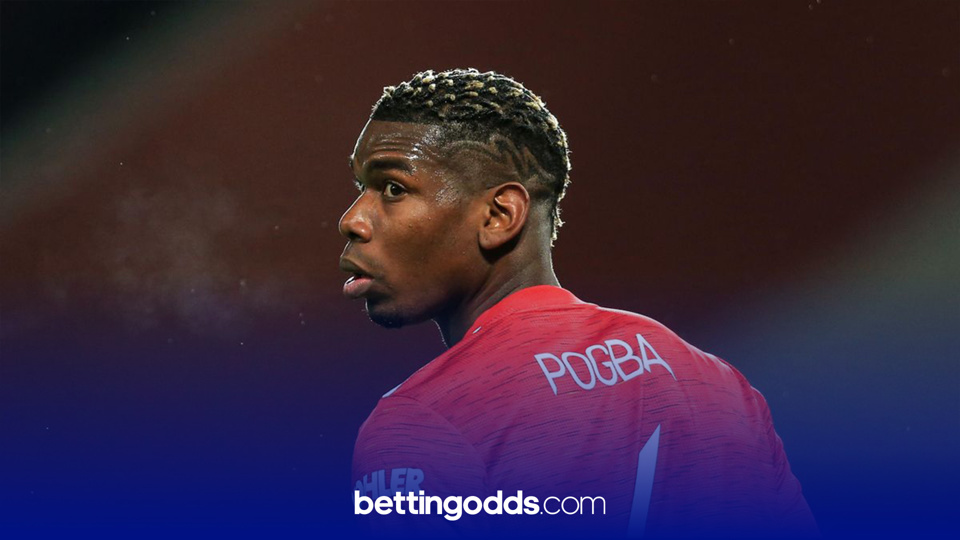 Arsenal against Manchester United may not be the fixture that it once was, and going into Saturday’s clash at the Emirates there are seven places separating the teams in the table. Ole Gunnar Solskjaer will want to move on as quickly as possible from Wednesday night’s horror show which saw his side beaten 2-1 at home to Sheffield United in one of the shocks of the season.

We’ve got three football tips for Saturday’s game which kicks off at 5:30pm in the capital here at BettingOdds.com and having a look at the match prices from the bookmakers, Manchester United are the 6/4 favourites. The draw is currently trading at 12/5 with a win for Arsenal, which would be their sixth in seven league games, is priced at 15/8.

Pierre-Emerick Aubameyang has not played in Arsenal’s last two games due to personal reasons and it is not known whether he will be back for the visit of United. That means Nicholas Pepe could keep his place on the left while Kieran Tierney should be back in the starting lineup after not being risked against Southampton.

Edinson Cavani looks set to start over Anthony Martial who played 90 minutes against Sheffield United on Wednesday. Paul Pogba could play a more advanced role as he did away at Anfield earlier in the month, while Fred and Scott McTominay will potentially fill the holding midfield roles.

Paul Pogba has been in good form over the second quarter of the season and along with Bruno Fernandes has been a stand out performer. I’m fancying the Frenchman to have two or more shots in the game which is available at 11/10 with both Betfair and Paddy Power. One of the key angles here is that I think the 27-year-old will take up a slightly more advanced role in the attacking three with Bruno Fernandes and Marcus Rashford which should leave Scott McTominay and Fred protecting the defence.

Paul Pogba played in this position against Liverpool in the 0-0 draw at Anfield, where he managed three shots in total with two of them hitting the target. Over his last four starts, Pogba has attempted ten shots with five of those coming against Liverpool in the FA Cup. A player who looks to have the bit between his teeth, Pogba has shown some good form of late and I also think his height and aerial ability could also be a factor here with his 6ft 3inch frame a threat from set pieces. Both Sky Bet and Coral have this selection at odds-on prices so I’d recommend taking the odds-against from Betfair or Paddy Power.

Followers of my ramblings will know that I’ve been partial to backing Manchester United to score a penalty over the last couple of seasons. I’m once again leaning towards this selection, which is priced at 9/2 on Saturday with a large element being due to Michael Oliver taking control of the game.

Oliver ranks 1st of all the referees in the league this season for penalties awarded with 12 given in 14 games. For a bit of context, Darren England, Paul Tierney, Rob Jones, Peter Bankes, Simon Hooper, Lee Mason, Chris Kavanagh, Graham Scott and Martin Atkinson have awarded just 12 penalties between them in 79 games this season.

Manchester United have been awarded 33 penalties in all competitions since the start of the 2019/2020 season. A quite impressive total, depending on which way you want to look at it. On penalty duty for the Reds will be Bruno Fernandes and having dispatched 15 of his 16 since arriving in Manchester I’m confident that he will convert should a penalty be awarded.

Bukayo Saka has been one of the highlights of the season so far for Arsenal and no other player in their squad is averaging more shots per game this campaign. Saka rounded Southampton’s keeper to score a lovely goal on Tuesday evening and with the form he has registered five shots on target in his last three starts for the Gunners.

Luke Shaw is the first of two players I’m fancying to pick up a card off Michael Oliver, who averages 3.07 per game this term. Shaw has been booked four times in 16 appearances this season and will have Bukayo Saka as his direct opponent on Saturday. Saka ranks in the top-10 players in the league for fouls drawn this campaign and has plenty of running in his young legs.

Alexandre Lacazette picked up eight yellow cards in 30 league games last season. The forward loves to get in battles with defenders and is not afraid to put in a strong (or often mistimed) challenge when trying to regain possession for his side. There are some short prices knocking about in the card markets for this game and Lacazette looks much better price considering his disciplinary record over the last 18 months.

As always, please remember to gamble responsibly and use the appropriate tools from the bookmakers or other resources should you feel the need to do so.

Can Paul Pogba fire #MUFC to the title this season? 👑