One of the most experienced and successful managers on show this summer - at least at club level anyway - is now looking to transfer his winning touch over to the international arena. Currently unbeaten in a seismic 27 games, Roberto Mancini has an intriguing blend of experience and youth in his Italian squad, who have avoided the big guns in Group A. The Azzurri, who have somehow gone under the radar, represent a tasty double-figure price to go all the way.

Appointed seven years ago, Vladimir Petkovic has accrued the most wins (40) and highest win rate (54%) of any Switzerland manager. His Swiss side are ranked 13th in the FIFA rankings, have reached the knockout-stages in their last showings at the World Cup and Euros, made it to the semi-finals of the inaugural Nations League, and finished top of their Euro 2020 qualifying group. Not to be underestimated.

Turkey are many people’s dark horses to cause a stir at Euro 2020. In Senol Gunes they have an extremely experienced manager who led his country to their finest ever showing; bronze at the 2002 World Cup. He's now back in the dugout overseeing a side, who on their day are defensively strong, with the in-form Ligue 1 title winner Burak Yilmaz ready to roar in attack.

With Ryan Giggs embroiled in a court case, assistant Rob Page has been rocketed into the hot seat. The former Northampton and Port Vale boss is unlikely to replicate the stunning semi-final success of Chris Coleman five years ago, however he arguably has a slightly stronger side at his disposal. Gareth Bale will obviously be key, as will Aaron Ramsey, while Daniel James and David Brooks provide pace and bite. 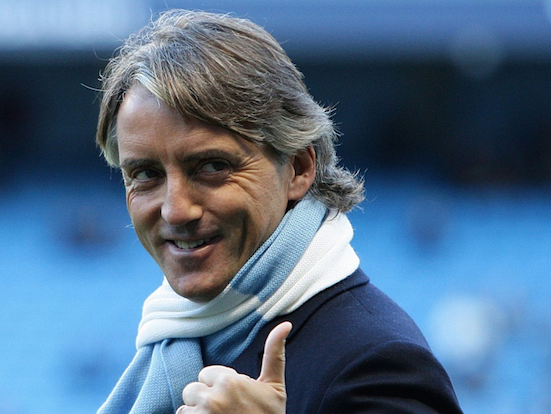 Has one of the best starting-11s at the tournament. Any team with Lukaku, Hazard, and De Bruyne (who may miss the first game or two) is going to be in with a shot at glory. The manager, who has a 76% win rate spanning five years, continues to be linked with Tottenham so if this does prove to be his final international Red Devils showing, then he’ll be gunning to go out with a bang by leading the country’s Golden Generation to glory.

The ex-keeper impressed as host at the 2018 World Cup, where Russia reached the quarter-finals. They haven’t exactly set the world alight since but it’s not like they were in great form ahead of the World Cup either. Self-belief and team-spirit will be crucial to their chances of progression.

READ: Four under-the-radar managers to keep an eye on at Euro 2020

There’s a real excitement building in Denmark, who may not win the tournament but there’s a feeling they can go far with a host of Premier League players in their ranks. They were already in good nick before last summer’s appointment of Kasper Hjulmand, who has added an attacking flair to complement their defensive steel.

The former primary school teacher has been in the Finland national team set-up for nearly two decades; as U21 boss, senior assistant, and now the manager since 2016. A legend after transforming the narrative to lead the Fins into their first major tournament. His side are well organised, will fight for every ball, and defend for their lives. They are humble and spirited and will rely on team spirit over individual quality, while they’ll quietly harbour hopes of following Iceland’s 2016 lead by conjuring up some shock results. 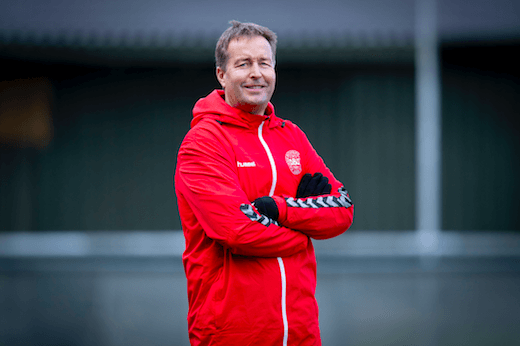 Kasper Hjulmand's Denmark could be dark horses this summer

You may be surprised to hear that the iconic former striker has been managing Ukraine for five years now. He bounced back from a poor 2018 World Cup qualifying campaign to lead his troops to top spot in their Euro 2020 qualification group ahead of Portugal and Serbia. Results have been mixed of late but prior victories over defending champions Portugal and Spain will give them confidence.

Frank de Boer hasn’t enjoyed the best of times since his superb success at Ajax. At Inter Milan he lasted 14 games, then there were those infamous five games at Crystal Palace, followed by an 18-month spell at Atalanta. He’s yet to fully convince at the Holland helm and needs to win over many doubters, which may be harder said than done without Virgil van Dijk. He’ll also hope to rid the demons of Euro 2000 when he missed two penalties in Holland’s semi-final exit.

Came second in qualifying and won their Nations League group, but confidence isn’t high heading into Euro 2020. Franco Foda’s side have only won one of their last six matches - and that was against Faroe Islands - while the German’s safe and conservative style hasn’t sparked inspiration from the fans, although it could suit tournament football.

Not going to set the tournament alight tactically, but Igor Angelovski has conjured up his fair share of memorable moments, and you get the feeling he’s got one or two more tricks up his sleeve. He propelled North Macedonia into the first major tournament in their 27-year history, and stunned Joachim Low’s Germany a few months ago. 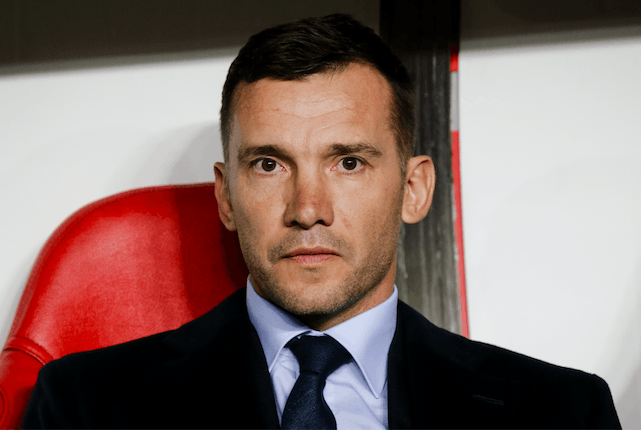 Andriy Shevchenko has been Ukraine manager since 2016

25 years ago he infamously missed the penalty which broke English hearts at Euro 1996. However, he’s since won two penalty shoot-outs as England manager and reached a World Cup semi-final. Gareth Southgate has an abundance of attacking riches in his squad, but there are question marks over the defence and whether The Three Lions can beat the top teams in major tournament football. Plenty of reasons to be optimistic though.

Croatia tend to be hit or miss at tournaments. There’s an element of expectation following a runners-up finish at the World Cup, although Zlatko Dalic’s side have lost a few experienced heads and look to be heading in a downwards direction. However, it’s important to note that the indefatigable Modric is still running the show, so don’t rule out another stellar summer.

Following success at club level, Jaroslav Silhavy has moulded together a young team who will play without fear. There’s the West Ham duo of Soucek and Coufal, while a number of players have enjoyed a cracking domestic and european season with Slavia Prague. Given that Group D features England and Croatia, it’s vital that Silhavy’s men get off to a winning start against Scotland, who they lost twice to in the Nations League, despite topping the group.

After a painful 23-year wait Scotland are back in major tournament football thanks to Steve Clarke; a masterstroke of an appointment in 2019. The Scots are not simply there to take part either, they will fancy their chances of making waves in the group stages, with two of their games on home soil while they will need no motivation for England at Wembley. 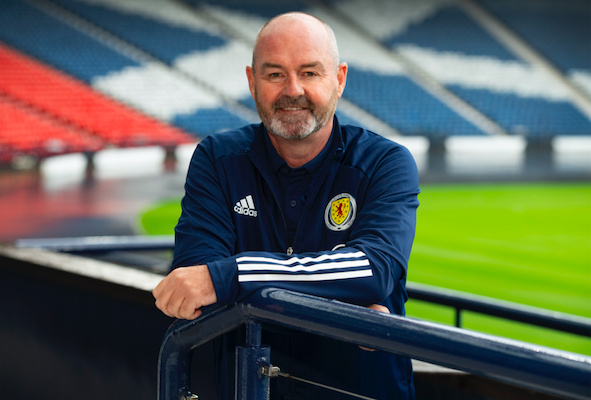 A treble winner with Barcelona, Luis Enrique is now in his second spell at Spain, although this will be his first tournament. Having won three tournaments in a row, Spain have since bombed at the last few, however they will benefit from no managerial chaos this time around, something that overshadowed the build-up to 2018. Enrique has already made a huge call in leaving out Sergio Ramos and has three home games to look forward to in the group stages. Only time will tell if La Roja, who were unbeaten in qualifying, can sparkle beyond that.

Well known to Swansea, QPR, and Leicester City fans, Paulo Sousa has only managed three competitive matches on the international scene following his Poland appointment earlier this year. He’s had a mixed start but the tactically smart Portuguese coach will look to unleash an exciting attack, spearheaded by Robert Lewandowski.

Reached the quarter-finals of the 2018 World Cup, now Janne Andersson’s tight-knit side will look to make it out of the Euro group stages for the first time since 2004. They finished bottom of a very tough Nations League group but went unbeaten in qualifying. Alexander Isak and Dejan Kulusevski offer excitement going forward, although Andersson won’t want to give up too much defensively.

Slovakia turned to Stefan Tarkovic last autumn after they sacked Pavel Hapal who had only just led the country through to the play-off final. Tarkovic, an assistant at Euro 2016, then sealed Slovakia’s place in the tournament. He knows the system and the players inside-out although in terms of outright experience he’d only managed eight games; but lost just the once so far. They are unlikely to thrill or score many goals but they will be organised and well-drilled.

🏆 Congratulations to Didier Deschamps who has become the third man to win the World Cup as a player and a manager!

To many Joachim Low is fortunate to still be on the touchline for one final tournament, however the 2014 World Cup winning boss will be determined to go out with a bang following a successful 15-year tenure. Germany aren’t the force they were but it would be silly to write them off with the amount of talent and experience they have; they still have a high-quality midfield and attacking players. Low’s men also play all three matches on home soil which is a huge bonus in the ‘Group of Death’.

The best squad and arguably the best tournament manager. France and Didier Deschamps reached the final of both Euro 2016 and 2018 World Cup - winning the latter - and they’ll be expected to go all the way this time around. The outrageous squad depth means Deschamps can keep things fresh, while his pragmatism-over-panache-style has been pretty effective in recent years. Will take something pretty special to beat them.

While it was somewhat of a surprise that Fernando Santos was the victor at Euro 2016, it won’t be a shock this time around as he heads into the tournament with a much stronger side. Cristiano Ronaldo is obviously still there, and he’s surrounded by a vast amount of talent including Bruno Fernandes, Diogo Jota, Bernado Silva, Andre Silva, Ruben Dias, and Joao Cancelo. Plus Joao Felix who cost a cool £113m. Santos’ pragmatism stole the show in 2016, but he’s likely to opt for a more attacking style this time around.

Hungary have been chucked in a group containing Germany, France, and Portugal; who have won the last two Euros and World Cup between them. However, Marco Rossi’s men will look to thrive in their underdog status. The Italian previously played under Marcelo Bielsa in Mexico at Club America, and has developed some of the Argentine’s traits such as his meticulous work rate and ability to innovate. His Hungary side, who are unbeaten in 11 matches, employ a 3-5-2 formation and are likely to adopt a counter-attack approach as they attempt to stun Europe’s elite in Group F.