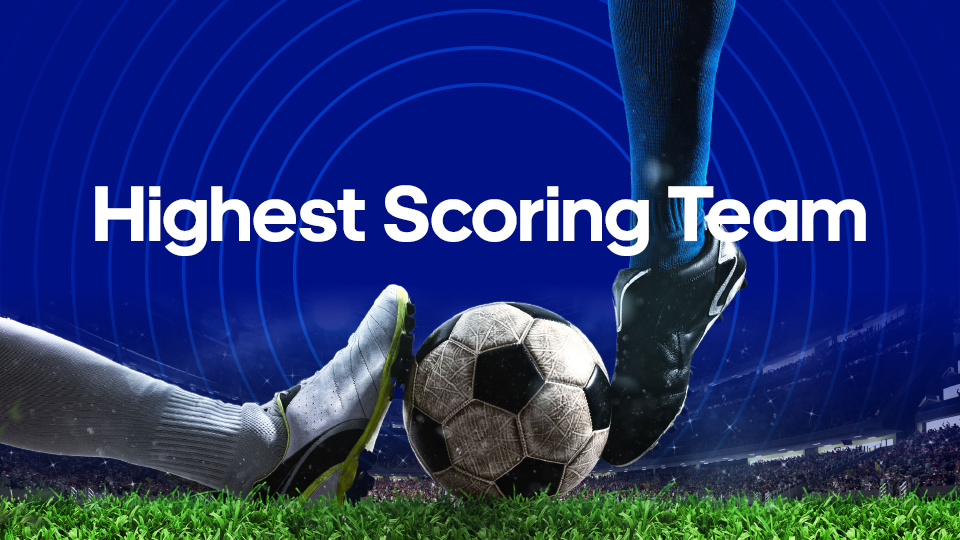 There are a multitude of ante-post markets to bet on before the World Cup kicks off in Qatar on November 20, and one that could prove a competitive betting heat is the Highest Scoring Team.

Here at BettingOdds we are quick to focus our attention on this market and pick out some of the leading contenders...

Outright favourites in the World Cup Winner betting, Brazil, are unsurprisingly at the summit in the Highest Scoring Team betting, with Tite's men the 5/1 favourites to be crowned the highest scorers.

An abundance of real attacking talents will ignite some exciting football from Brazil and the Paris Saint-Germain superstar Neymar, who is a leading contender for the World Cup Top Goalscorer betting, is sure to net a few during the tournament.

It's often the case to find a side with a relatively easy qualification group, where they can rack up the goals against relative minnows, and Brazil will fill they can cruise through a group with Switzerland, Serbia and Cameroon.

However, Switzerland have been known to be frugal in defence at tournaments, while Serbia and Cameroon certainly won't be pushovers, so while Brazil can reach the latter stages with limited ease they may fail to notch up the goals.

On the contrary, England have a comfortable qualification group with Iran, Wales and the USA unlikely to pose many problems.

Gareth Southgate's men have the 2018 World Cup golden boot winner Harry Kane and the Tottenham Hotspur striker is sure to net several during the tournament, but the Three Lions are as big as 8/1 in some parts as they may lack goals elsewhere on the pitch.

That can't be said about the 6/1 third favourites Argentina, who not only have the world's greatest player in Lionel Messi, but the likes of Lautaro Martinez and Julian Alvarez will add excellent back-up.

Mexico and Poland will be tough tests, but they could well steamroll Saudi Arabia and that can be the catalyst for an attempt of bagging the highest scoring team prize.

During the 1954 tournament, Hungary scored a staggering 27 goals during the tournament, but it's highly unlikely that sort of number of goals will be netted in the 2022 version.

Kylian Mbappe is ready to set this tournament alight as he looks to try and enhance his already lofty reputation and if France are to be crowned highest scorers then the PSG superstar will need to hit the back of the net a few times.

Available at 11/2, at the time of writing, Mbappe's France will face relative minnows Australia and Tunisia in Group D, while there other group clash will come against potential dark horses Denmark, so they have to be respected.

It's hard to look away from those nations sitting towards the head of the World Cup Outright market, but the likes of Spain (8/1), Germany (9/1) and even Netherlands (12/1) have to be given notable respect, but the first two nations of that triumvirate could lack that real star in attack, while Netherlands have often blown more cold than hot on the world stage in recent times, so have to be ignored.

It would be no shock to see Brazil, Argentina and France fighting out for glory come the final week of the tournament, and the Highest Scoring Team should come from one of those three, but it's Argentina that make the most appeal at 6/1 with bet365: with Lionel Messi ready for his likely World Cup swansong then the diminutive wizard can propel the South Americans to the top of the goalscoring charts.