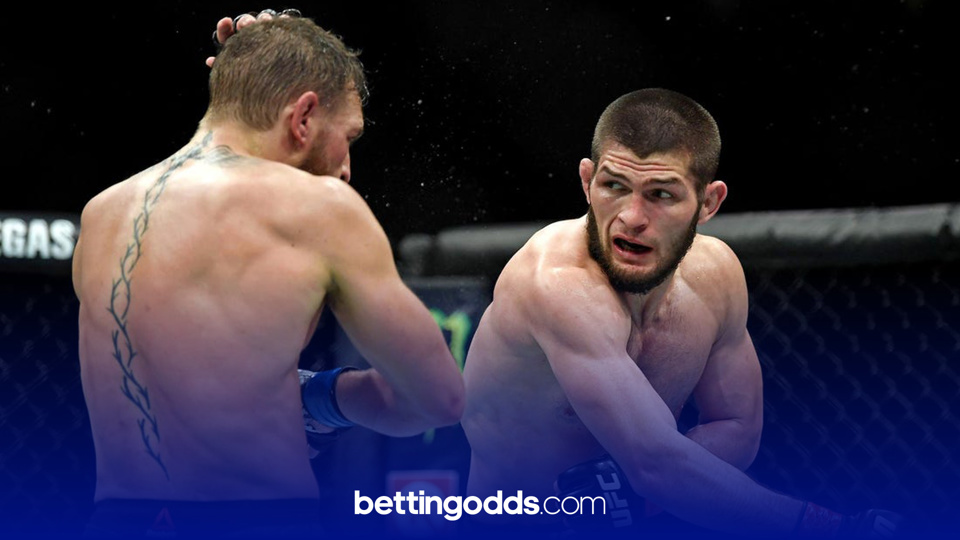 This should be a cracker

The biggest fight of the year and potentially the biggest lightweight fight in the UFC’s history is not far away now. Many expected Tony Ferguson to be headlining the card alongside Khabib but it’s Justin Gaethje who gets the privilege of fighting arguably the best fighter in the world.

Gaethje caused what some would say a massive upset beating Tony Ferguson at odds of 2/1 with El Cucuy not being able to justify his 4/11 favouritism. The fight was incredibly one-sided despite an early knockdown for Tony with Justin Gaethje breaking his own record for striking accuracy, landing 143/197 significant strikes with a 73% striking accuracy. 100 of those strikes landed on Ferguson’s head.

What a performance, Justin Gaethje! 👊

A five-round striking masterclass from the Highlight at #UFC249. 👏 https://t.co/AuTqsrZHJe

Quite an interesting stat coming from Justin Gaethje is, in his seven appearances in the UFC (70 minutes in the cage) he’s spent a grand total of 35 seconds on the floor, this man does not like to fight on the ground, but unfortunately that doesn’t matter when you’re fighting Khabib. To put it simply, Khabib is an absolute animal on the ground, he averages 5.35 takedowns per 15 minutes in the UFC and when he fought someone similar to Gaethje in McGregor he had 12:15 minutes of control time in a 23-minute fight.

Khabib’s record is obviously sensational at 28-0-0 and he’s rightfully hailed by many as the best in the world. You could argue this is what would be a nightmare matchup for Justin Gaethje with the aforementioned stat, many are expecting Khabib to put the pressure on straight away similar to what he did against Conor.

Khabib managed to take McGregor down three times in their bout whilst only three of the seven he attempted were successful, you have to give ‘The Notorious’ a lot of credit for his takedown defence which has been impressive since his 2nd fight against Nate Diaz. Justin Gaethje may struggle a lot more than McGregor did against Khabib and despite his 80% takedown defence record in the UFC, he has never fought anyone that grapples as much as Nurmagomedov does.

Despite all this, you simply can not rule out Justin 'The Highlight' Gaethje. With what a few people are calling Gaethje 2.0, we have one of the most dangerous fighters in the current UFC roster and he did not get here by luck. He’s finished 19 of his 22 professional fights with eight of them coming in the first round. Thanks to this he’s built the reputation of one of the hardest hitters in the game. Though it took him 5 rounds to finally put away Tony Ferguson, the power he put on display that fight was immense and probably would have ended way sooner against any other opponent; to quote Joe Rogan on his podcast: “You can’t knock Tony out with one shot, he is inhumanly tough”.

This is not the Gaethje that lost to Alvarez and Poirier. This is Gaethje 2.0.

This all ties into the big question, can Gaethje put Khabib away because this is the only way he wins this fight. Khabib rarely gets tagged but that’s just because of how much time he spends on the ground in the Octogan. It may seem like it but it’s not like Nurmagomevdov is invincible, there have been times in his fights where he has been tagged before and if he does get tagged by Gaethje it will not be like the other times he has taken a punch to the face.

This is why the value in the fight could lie with Gaethje to win by KO which is priced at 7/2 with WilliamHill. This is what we would be backing as the value in Khabib simply isn’t there when he’s fighting a man as dangerous as he is.

For those that would fancy the Champ Khabib Nurmagomedov by KO/TKO/DQ or Submission, that is priced at around 21/20 with WilliamHill which would fit Justin Gaethje’s style of “knocking someone out or getting knocked out whilst doing it.”