Tottenham v Arsenal Tips: Super Sonny to get on the scoresheet for Spurs 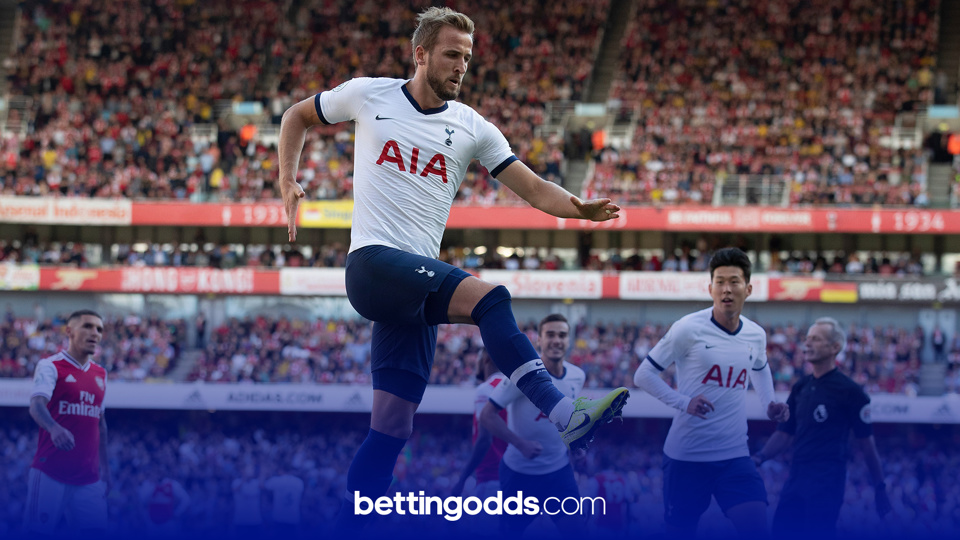 There’s the small matter of a North London Derby to settle on Sunday afternoon with Arsenal making the short journey to Tottenham. The game can be seen live on Sky Sports main event at 4:30pm and @AnthonyEadson has previewed the game and given us three football tips to accompany.

Jose Mourinho is confident that Harry Kane will be fit to face Arsenal on Sunday in a game he has relished over recent years. Toby Alderweireld should be available after returning to training midweek, whilst Carlos Vinicius missed Thursday’s Europa League game and could sit this one out also.

Nicholas Pepe is suspended for Arsenal and will not feature. Gabriel Martinelli remains sidelined and there will be late assessments for both Thomas Partey and David Luiz. Pablo Mari has impressed his manager in training and scored after starting in the Europa League on Thursday and could be another option in central defence.

Having a look at the prices from the bookmakers and Spurs are the even money favourites (1/1) to get the three points. The draw can be backed at 5/2 with Arsenal being given an implied probability of winning the game of 25% with odds of 3/1.

Tottenham v Arsenal
Son Heung-Min to score anytime
17/10
Nine goals in ten league games this season Five goals in his last six games against 'big-six' sides Best conversion rate of any of the top-20 scorers in the Premier League
Odds correct as of 2020-12-04 16:50 Odds subject to change.

Only Dominic Calvert-Lewin has scored more goals than Tottenham’s Son Heung-Min in the Premier League this season and I’m fancying the Korean to find the net once again on Sunday. With nine goals in ten games so far in the league Son has been on fire so far and with Harry Kane dropping a little deeper it’s allowed the 28-year-old to improve his goal tally.

The interesting angle here is that Son Heung-Min has actually scored in five of his last six games against ‘big-six’ sides. A player for the big game, Sonny is also one of the most clinical finishers around with a shot conversion rate of 60%, higher than any other of the top-20 scorers in the league this season. At 7/4 with bet365 or 17/10 with betfair, Son looks an attractive price to get on the scoresheet in what should be a feisty game.

Serge Aurier 1+ shot on target
4/1
Only Giovani Lo Celso, Harry Kane and Son Heung-Min have more shots on target for Spurs in the league than Aurier this season Landed at least one shot on target against Manchester United and Chelsea this season Spurs should do a lot more attacking than they did last week against Chelsea
Odds correct as of 2020-12-04 16:50 Odds subject to change.

Next up I’m leaning towards Serge Aurier to have one or more shots on target in the game which is available at the enhanced price of 4/1 with Paddy Power. I’m expecting a much more attacking performance from Jose Mourinho’s side than what we got at Stamford Bridge last weekend. One player I see getting in on the action going forward is Serge Aurier who despite playing right-back has the ability to hit the target.

A little reckless and unorthodox with his play at times, Aurier has had three shots on target this season, with only three players in Giovanni Lo Celso, Harry Kane and Son Heung-Min having more for Spurs in the league. Aurier landed shots on target against both Manchester United and Chelsea this season and I think his attacks could be a weapon that Mourinho deploys from his own Arsenal on Sunday. Coral have this selection priced at 14/5 so I’d recommend the 4/1 that is available through the ‘power price’ from Paddy Power.

Premier League Betting
Kane to score, Hojbjerg & Tierney to be carded
40/1
Kane has 10 goals in 11 games against Arsenal in his career is the penalty taker for Spurs Hojbjerg has four yellow cards for club and country in all competitions this season Tierney was carded last week against Wolves and booked in one in four games in his last season in the Scottish Premier League
Odds correct as of 2020-12-04 16:55 Odds subject to change.

North London Derbies are traditionally eventful and even with card-shy referee Martin Atkinson in charge on Sunday, I still think we could see an explosive encounter. You can read more about the lively nature and card statistics in previous North London derbies here. At 40/1 I’ve opted for Harry Kane to score with both Pierre-Emile Hojbjerg and Kieran Tierney to be carded.

With seven goals and nine assists in the league so far it’s been a phenomenal start to the season from Harry Kane for Spurs. The striker or should we say playmaker, loves a North London Derby and has scored 10 goals in 11 games against Arsenal in his career. With Kane also being on penalty duty for Spurs, it would be no surprise to see him bag another against Arsenal and he’s the first name in this Same Game Multi.

The first of two players who I’ve opted for to pick up a card is Tottenham’s Pierre-Emile Hojbjerg who picked up seven yellow cards in the league for Southampton last season. This term Hojbjerg has four yellows for club and country in all competitions and he’s just the sort of warrior that Jose Mourinho loves in his team. No player has committed more fouls this season for Spurs and with this being a derby I think we could see another for the Danish midfielder this weekend.

Arsenal’s Kieran Tierney to be carded rounds off this 40/1 longshot. The former Celtic man proved he has a booking in him, up in Scotland being booked in one in four games in his final season in the Scottish Premier League. Booked against Wolves last week I’m fancying Kieran Tierney to follow up with another, especially when you consider he will be stopping the potential counter attack from the speedy Son Heung-Min.

Please always remember to gamble responsibly, best of those following the selections on Sunday.

🏴󠁧󠁢󠁥󠁮󠁧󠁿 Spurs striker Harry Kane on fans back in the stadium for Arsenal:

🥰"There's no better feeling than running to the fans, seeing their faces cheering and everyone off their feet.”

💙”I'm really looking forward to having them back."