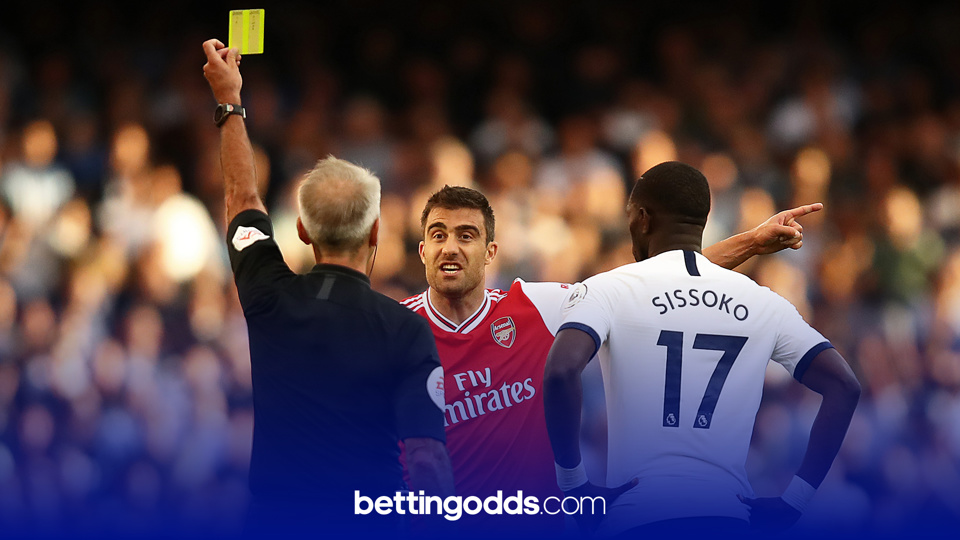 In recent years, Tottenham v Arsenal has arguably been the most entertaining derby in Europe and as we get excited to enjoy the game with a few bets, we’ve looked at the card stats for the last 10 games.

When thinking about having a bet on cards it’s important to take into consideration who the referee is and if they have a proven record when it comes to dishing out the cards. Martin Atkinson takes charge of his sixth North London Derby and although the referring stalwart has one of the lowest cards per game stats this season, his record in this derby suggests he rises to the occasion when these two meet. 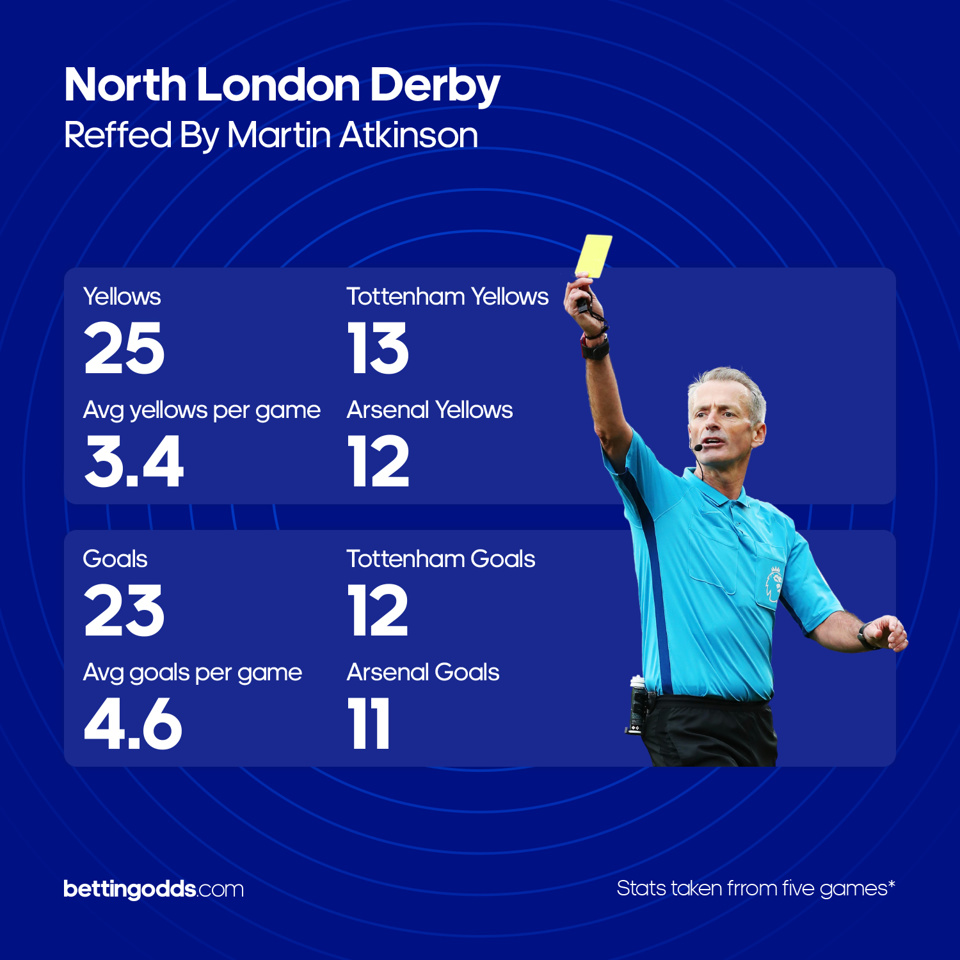 To be carded treble

The incredible average of 5.9 cards per game from the last 10 North London derbies and Martin Atkinson averaging 3.4 NLD cards per game feel me with confidence in putting up a treble for the game, now to find the right trio.

Pierre-Emile Hojbjerg to be carded: 13/5

Hojbjerg has been a sensational for Spurs this season but I’m backing the great Dane to be booked as he looks to breakdown any pacey Arsenal counter attack.  Martin Atkinson has only booked one player from either Tottenham and Arsenal this season and that was Hojbjerg, so I fancy they get reacquainted at the Tottenham Hotspur Stadium.

Hector Bellerin to be carded: 13/5

No Premier League player has been booked more than Bellerin this season and he’ll be facing the lightening Son on Sunday. I think 13/5 is a very decent price for this one so Hector will be representing The Gunners in this treble.

Finishing this booking trio, is Mr North London Derby himself Harry Kane. He could make history on Sunday by scoring the most goals in this Premier League fixtures but I also think 4/1 for him to see yellow is too good a price to ignore.

He’s already been booked twice in this fixture and working with Mourinho has brought out the win at all costs mentality in him so I can see plenty of backing into defenders and shithousery to see himself on Mr Atkinson’s naughty list.