Nottingham Forest have enjoyed a meteoric transformation under Steve Cooper.

When the former Swansea boss took charge, the Reds were bottom of the Championship with four points from eight games and from that situation, the 41-year-old could have gained some plaudits for comfortably securing the club to safety like predecessor Chris Hughton did last season.

Instead, Cooper has overseen a return of 30 points from 16 games, taking Forest into Play-Off contention and takes great credit for the development of academy graduate Brennan Johnson.

With the scramble for the top six looking wide open, Cooper’s side have a great chance of barging their way in. 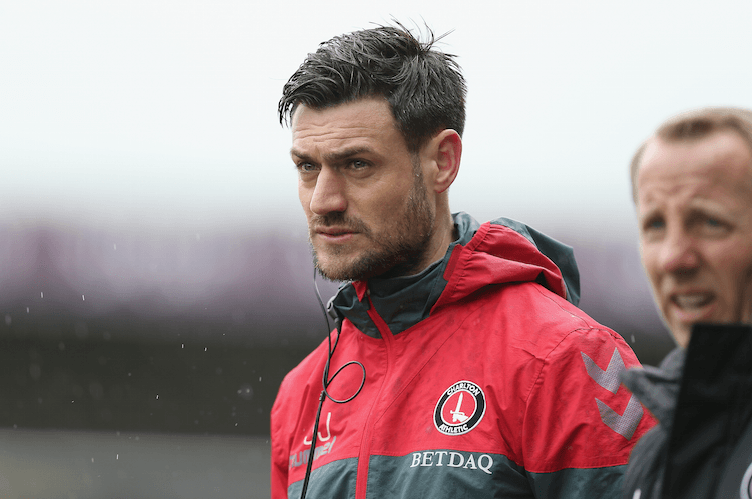 What a start it's been for Johnnie Jackson

Oddly, Johnnie Jackson makes our list despite being yet to take a point as a permanent manager this season.

Similar to Cooper's job above, the caretaker gaffer inherited what looked like a survival or stabilisation mission and overachieved so emphatically that, despite woeful form under Nigel Adkins, Charlton can still make something of their season.

‘Jacko’ has not had things all his own way either, often having to name a makeshift defence, but he has coaxed the very best out of Sean Clare, George Dobson and Jayden Stockley, whilst instilling a unique spirit in this Addicks side.

With such an enormous overhaul, Vale fans could have been forgiven for expecting a transitional campaign in midtable, but instead the Burslem outfit have been among League Two’s prime promotion contenders.

Clarke has had to show his adaptability, too, no more so than up top: injuries to the likes of James Wilson and Jamie Proctor meant a dearth of orthodox centre-forwards, so the 44-year-old named Ben Garrity in attack – the box-to-box midfielder by trade bagged a brace in a 2-1 win at Bristol Rovers.

With excellent recruitment as well as the ability to change games that are not going his side’s way, Clarke is showing the managerial class that once won him back-to-back promotions with Bristol Rovers.

The U’s were entering the third-tier for the first time since 2001/02, with a manager embarking on his second ever full season, rubbing shoulders with some of the country’s big names without star goalscorer Paul Mullin.

Joe Ironside, though, is the division’s joint-fourth top goalscorer with 11 this season in Mullin’s absence, while steady right-back George Williams and midfield dynamo Adam May have excelled at this level, meaning Cambridge are six points above the drop zone.

The CB5 outfit have had to grind out their fair share of points and, unsurprisingly, are once again outperforming their xG, but in the interests of balance, they have also given a great account of themselves in recent defeats to Rotherham (twice) and Charlton, unlucky to take nothing from those games. 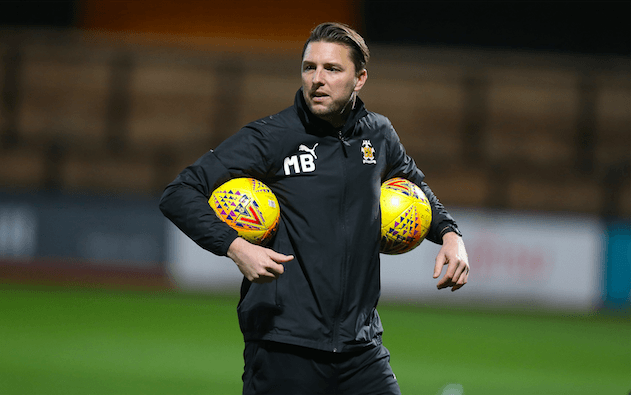 John Coleman could easily be higher on this list – and even claim to be the best manager in the EFL, pound-for-pound.

So predictable is his brilliance, it’s almost taken for granted.

The Liverpudlian, and his treasured assistant Jimmy Bell, might have feared the worst after a capitulation at Burton at the end of November, but a few crucial tweaks have done the trick.

Sean McConville has been let off the leash, freeing him from the physical demands that troubled the 32-year-old at left wing-back, Liam Coyle has brought fresh tenacity in midfield while Colby Bishop’s return up top has given Stanley a much-needed focal point.

Boxing Day’s 1-0 victory over Rotherham gave Accy a fourth league win in five, as well as extra cause to celebrate a combined 20 years of Coleman and Bell’s management of the club – across two spells.

After a streaky 2020/21 campaign that ended in 18th, Plymouth Argyle were hoping for a season of progress in midtable.

Instead, the Pilgrims sailed into promotion contention, after boss Ryan Lowe fixed the leaky defence that had plagued them last season by adding the likes of Dan Scarr and James Wilson.

The Liverpudlian found the perfect balance in midfield, with the controlled assurance of Jordan Houghton blended with Panutche Camara’s athleticism and Ryan Broom’s ball-carrying ability, while Ryan Hardie remains a constant threat up top.

Lowe has since left for Preston North End and hopes to work his magic in the Championship, but he will have to do so without his long-term assistant Steven Schumacher, who has taken on the number one gig at Home Park.

Ryan Lowe on why he switched Plymouth for Preston, his style of play, mission to excite fans, and season ambitions

There was already a buzz in the Lancashire air after Preston announced they had appointed Ryan Lowe as their new manager on Tuesday afternoon, less than 24 hours after Frankie McAvoy exited Deepdale. The excitement levels went up…

Coventry might currently be 10th but they are only two points off Middlesbrough in fifth, and would more than likely be in the Play-Off spots by now were it not for postponed fixtures against Stoke and Cardiff.

The Sky Blues were hoping to stay up as comfortably as the ultimately did last season, this term, but were not expecting to challenge for promotion on a modest budget in their second ever term at this level.

If Mark Robins can add depth in key areas this January, then perhaps Coventry – back at the Ricoh – could have a season to remember.

When he first took over at Sutton United, Matt Gray was not universally popular, overseeing just three wins in his first 19 games as permanent manager in the National League.

What carried him through, though, was his transparency with supporters – he would have a pint with them after the game and talk about his plans for the team – as well as the backing of legendary predecessor Paul Doswell.

Gray’s ideas began to take shape in the latter stages of 2019/20, which Sutton finished with just two defeats in 17 prior to lockdown, before winning the National League title against all the odds.

When the Amber & Chocolates entered the EFL for the first time in their 123-year history, turning full-time only last summer, consolidation was the sole aim: but once again, Gray’s troops have gone above and beyond expectation, finding themselves flying high in third.

The former Crawley assistant’s management and tactical style might not hold an enormous appeal higher up, but that’s all the better for Sutton fans.

Whenever there’s a hint of regression at a club, the obvious conclusion is that the manager in place has taken them as far as he or she can.

Tony Mowbray led Blackburn to League One promotion in 2017/18, consolidation in 2018/19 and progress in 2019/20, but when Rovers dropped four places the following season, many wanted change in the dugout.

Instead, the board stuck with ‘Mogga’ and gave him the chance to rebuild the side following the sale of Adam Armstrong to Southampton – their loyalty has paid off massively.

The 2021/22 narrative could so easily have been how Rovers have dropped off without the goalscoring brilliance of Armstrong, but Ben Brereton Diaz has stepped up superbly, boosted by a stellar Copa America with Chile.

This, though, is not just the Brereton Diaz show: technical midfielder Jon Buckley has stepped up immeasurably this term alongside all-action midfielder Lewis Travis, while aggressive defender Darragh Lenihan has proved a crucial figure of leadership at the back in a largely youthful side.

Mowbray has been able to keep a clear mind amid all the criticism and has given the Lancashire club a great chance of ending their 10-year Premier League exile. 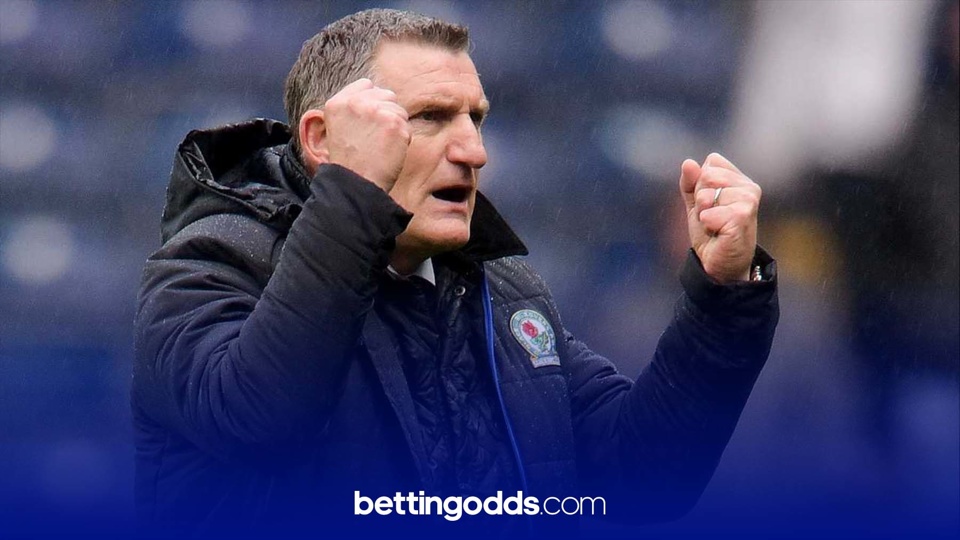 Can Tony Mowbray propel Blackburn into the Premier League?

Rotherham have been League One’s most complete side this season and Paul Warne takes immense credit for that.

The Norwich-born boss has developed a 3-1-4-2 system that incorporates the grace and style of deep-lying playmaker Dan Barlaser just as easily as the blood-and-thunder of selfless target man Michael Smith.

The Millers are relentlessly hardworking and have many tools in their arsenal, but the ultimate test for Warne will be the Championship – if his side get there.

Since taking over midway through the disaster that was the 2016-17 campaign, Warne and Rotherham have only ever experienced promotion or relegation – that trend may continue, for another season at least.

What does the future hold for Paul Warne and Rotherham?

The story of Paul Warne and Rotherham is unique. Not since Kenny Jackett resigned just five games into his stint as Millers boss to be replaced by the physio have the club stayed in the same division. On the one hand, that opens things…