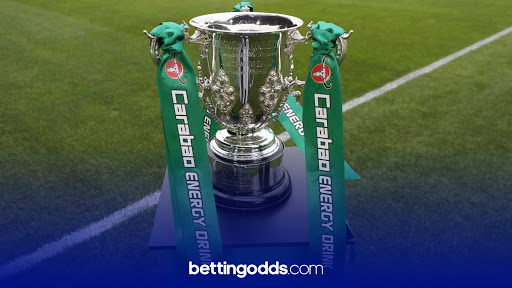 The draw for the EFL Cup first round was made on Tuesday
By Callum Pragnell
17:17 Wednesday 19th August 2020 - 5 minute read

The EFL Cup returns to our screens in just over two weeks’ time on September 5, and after the draw was made for the first round of the competition on Tuesday afternoon, there is plenty of scope for value in the League Cup betting markets.

While clubs from the Premier League will not enter the tournament until the second round, there is a full fixture list for teams competing in the Championship, League One and League Two - barring Watford and Bournemouth, who both have bye’s in the first round due to their commitments in last season’s Premier League finishing later than the rest of the sides from the EFL.

There are some slight alterations to this season’s competition, namely semi-finals being played across one leg instead of two, while the first four rounds of the tournament are set to be completed by the end of September in a bid to cope with a jam-packed fixture list which is vast approaching.

There was no seeding for the first round of the draw but it was split into two sections - one north and one south - to limit travel for each of the clubs involved.

I’ve taken a look at the fixtures to see if I can snaffle out any value for the first round of the EFL Cup, and rustled up three football tips potentially worth consideration when picking a bet for the action.

Brentford were left heartbroken having lost to west London rivals Fulham in extra-time of the Championship play-off final at Wembley, while Wycombe’s experience at the national stadium just weeks earlier was filled with pure elation after the Chairboys earned promotion to the second-tier for the first time in their history.

Brentford’s defeat has left plenty of room for speculation surrounding some of the club’s star players, notably Said Benrahma and Ollie Watkins, who are both being heavily linked with moves away from TW8. And, if the Bees do lose their two prized assets in the coming weeks then they will be significantly weakened heading into the 2020-21 campaign.

Even if the aforementioned names do remain put it is somewhat unlikely that Thomas Frank would risk them in a tie of like this, especially with their previous season ending only a matter of weeks ago due to their commitments in the play-offs, and if that does prove to be the case it would further boost the visitors’ chances in this game.

With both of these clubs now competing in the same league, I’m a little surprised to see Wycombe priced at 11/2, and with Gareth Ainsworth’s side still high on confidence following their recent play-off triumph can potentially envisage an away upset.

South Wales rivals Newport and Swansea have only faced each other twice in the last four years, with both of those games falling in the EFL Trophy.

Indeed, with Newport spending years plying their trade in the National League before their promotion to League Two in 2013, and Swansea featuring as regulars in the top-flight between the years of 2011-2018, their paths rarely cross, but when they have the games have tended to follow a similar pattern.

The last two games between these sides have both resulted in a 2-1 win for Swansea; before that, it was a 3-1 win for the Swans in the 2006-07 FA Cup. As with most local derbies, I’m expecting this game to be a hard-fought battle with both clubs desperate to get one over on the other.

A lack of atmosphere due to the game being played behind-closed-doors could dilute the intensity a little, though I’m still confident in this one resulting in another BTTS scoreline.

Salford’s capabilities in the transfer market are no secret. The new kids on the block have a bigger wage budget than most of the club’s in the EFL due to their ownership, and have been busy adding some extremely talented players to their ranks during this summer’s window.

The likes of ex-Northampton Town defender Jordan Turnbull, former Bolton midfielder Jason Lowe and Ian Henderson - signed on a free from Rochdale - have all penned deals at the Peninsula ahead of the new campaign and each will hugely strengthen Graham Alexander’s already-solid squad.

The Ammies have been drawn against recently-promoted Rotherham in the first round of the EFL Cup, and I like the look of their odds of 9/4 given that the game is at their stadium, and Rotherham will certainly be more focussed on their Championship campaign kicking off a week later.

The Millers are well-known as a yo-yo club who frequently fluctuate between the second and third-tier, and they’ll be desperate to avoid immediate relegation this time out. A run in the EFL Cup will definitely be lower on manager Paul Warne’s list of priorities, while I expect Salford to go all out for a run in the competition.

With the hosts’ transfer dealings this summer considered, I’m backing them for the win here.