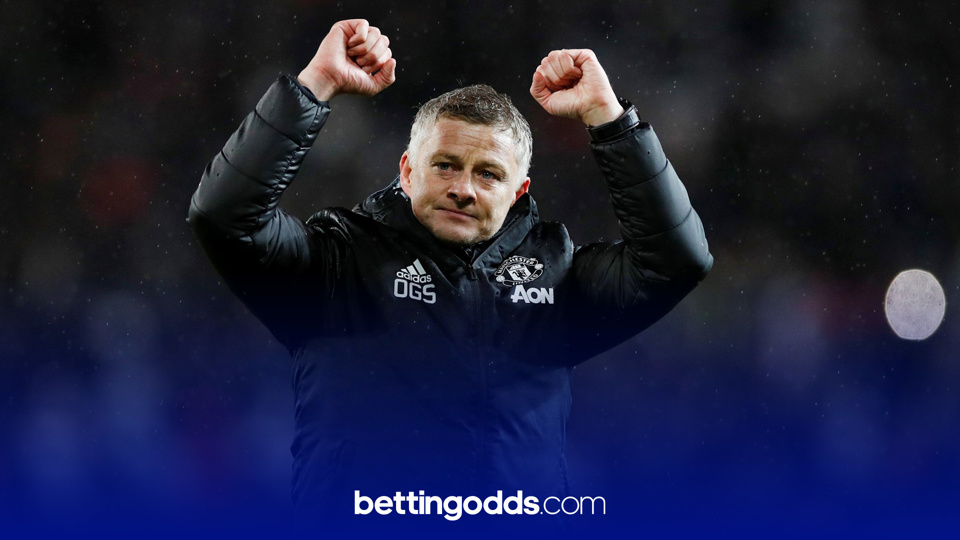 Solksjaer's United team have made a habit of winning from behind
By Charlie Zazzera
15:31 Friday 11th December 2020 - 3 minute read

It’s the 183rd Manchester derby on Saturday evening and we’ve taken a look at some of Manchester United’s recent trends. Based on their performances under Solskjaer over recent seasons in derbies and due to their stats this season, we’ve picked out a 14/1 shot for the game that has landed in several other of United’s fixtures this campaign.

A word Iain Dowie once said when describing his Crystal Palace team in the 2003-04 season before Soccer AM petitioned to get it into the Oxford’s English Dictionary successfully. Fast-forward to 2020 and this is one of the main characteristics Ole Gunnar Solskjaer Manchester Utd’s have shown this season so we’ve looked at the stats and picked out a couple of bets ahead of the 183rd Manchester Derby.

Ole’s tenure has seen many highs and lows but when the pressure has reached boiling point the Norwegian has always managed to pull a big result out of the bag. It appears the Red Devils  are going to need another big performance after being dumped out of the Champions League on Tuesday. But a win in the derby against City? Well, according to the stats and trends it could happen again.

Since Ole was appointed the permanent Man Utd manager, his team’s bouncebackability has improved each season. Here’s the percentage of games won in all competitions after they have suffered a defeat…

United have won three of the last four derbies and according to the bookies only have a 21% chance of beating City at what looks like a generous price of 15/4 with BetVictor.

Man Utd to win from behind

We’re looking at a big priced bet that has landed in all five of Man Utd’s Premier League away games this season and 86% of their league wins this season...

United also have a history of doing this against their bitter rivals, most recently when they stopped City winning the title at the Etihad in 2018, coming back after being 2-0 down to win 3-2. They also did it in 2015 at Old Trafford when after an early Aguero goal, Van Gaal’s United roared back to win 4-2 thanks to goals from Ashley Young, Marouane Fellaini, Juan Mata and Chris Smalling.

United to ‘win from behind’ is an attractive 14/1 with bet365 and is certainly a way of bulking up the price of your multiples, as this winning punter did last week in the Europa League. (link below)

If you wanted to double this up for something at long-odds you could also look at Liverpool who have come from behind to win, the second-most times in the league this season. The ‘mentality monsters’ are 9/2 to win from behind against Fulham making an audacious 81/1 double.