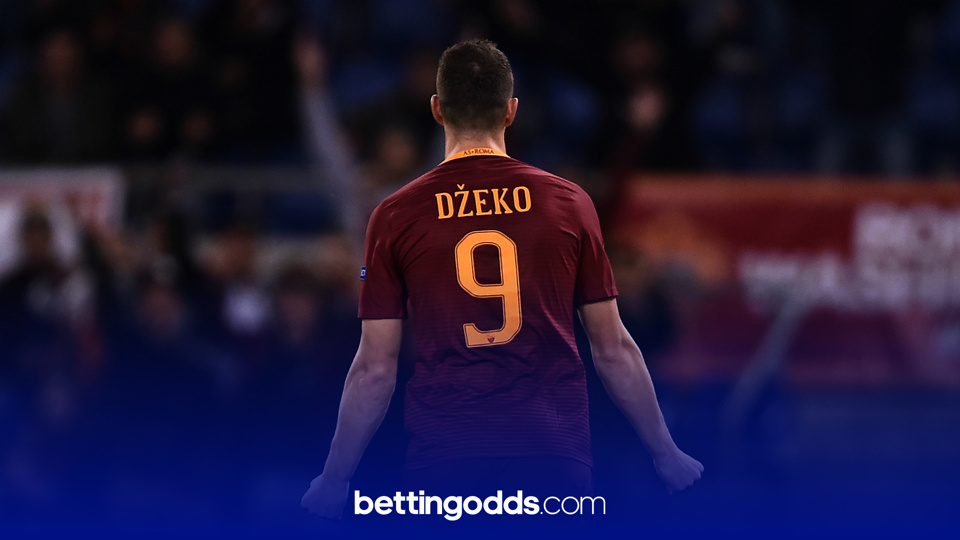 There are very few things that can spice up a Europa League Thursday night, but having a punt (sensibly) is certainly one of them. Some may vouch for an acca, or maybe even a more exciting bet in the form of a Same Game Multi, but not @CoozerMcEwan, who placed one of the most outrageous trebles you are ever likely to see and it landed!

SkyBet offer a ‘win from behind’ market which is exactly what it says on the tin. This is an interesting market if you’re looking for a bigger price and if you’re a believer like Coozer, you can put them in an accumulator for a potential substantial return.

First up, he backed AC Milan to win from behind against Celtic which was 8/1. Considering The Bhoys recent poor form he must’ve been buzzing when he saw Celtic take the lead, (maybe not going two up) but after 12 minutes the home side were level. It was only a matter of time before the Italian giants went on to win and the first part of the treble landed in one of the dreaded early kick-offs.

The second part of this trio involved another Scottish side, but this time Rangers to win from behind at an even bigger 9/1. The flying Gers went down in the 6th minute, again leaving plenty of time to get back into. After equalising in the 39th minute they went behind again just a minute later. The vital goal came in injury time in the first half to give the Scottish league leaders the platform to go on and win the game which they did in the second half and qualify for the knockout stages of the competition. 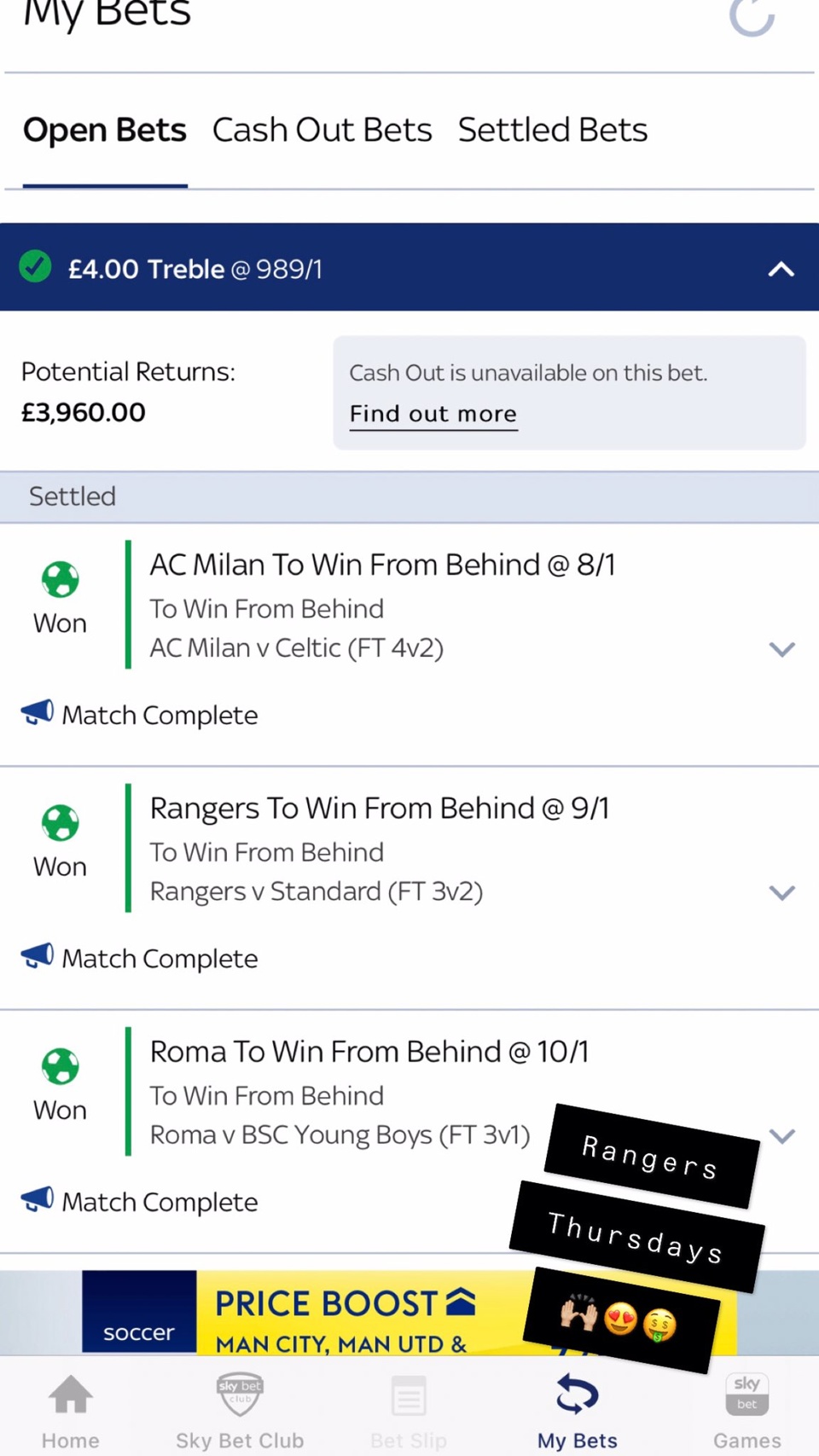 Roma to win from behind vs Young boys (10/1) was the final part of this treble and again the underdogs took the lead early-on to prove this bet was destined to land. By the hour mark, Roma had gone 2-1 up, and with 10 minutes to go Edin Dzeko scored to leave Coozer on the cusp of glory.

His £4 stake returned £3960 which must be one of the biggest priced winning trebles of the season and deserves its place on the betting hall of fame.