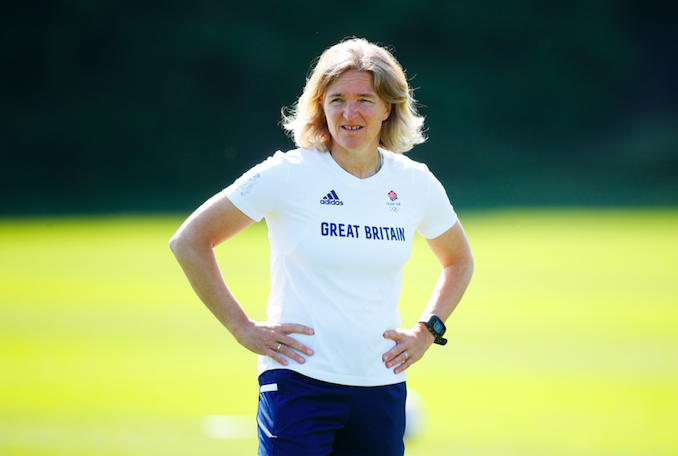 Hege Riise is no stranger to winning gold at the Olympics.

Norway’s greatest ever women’s player triumphed at Sydney 2000. 12 years later she added a second gold to her collection as a USA coach. Now, the 52-year-old returns to the rescheduled games as manager of the Great Britain women’s team, who can be backed at 9/1 to go all the way (Paddy Power).

Riise’s squad features 19 players from England, two from Scotland and one from Wales, with no Northern Ireland representatives involved this time around. 11 of the players come from Man City alone, while Steph Houghton, Kim Little and Sophie Ingle are co-captains - they’ll rotate the armband.

In a testing Group E, Team GB face hosts Japan, 2012 and 2016 bronze medalists Canada - who beat them in London - and Olympic debutants Chile.

Four-time gold winners USA have been installed as the odds-on favourites in the outright market, followed by Sarina Wiegman’s Netherlands (5/1) - Wiegman will become England manager after the Olympics - and then Sweden (17/2).

But back to Riise, here are five facts about Team GB’s manager…

As a player, attacking midfielder Riise is widely regarded as one of the best ever.

Capped 188 times for Norway (58 goals), she completed the rare feat of winning an Olympic gold, the World Cup, and the European Championships. To put this stunning achievement into perspective, only two other players have done it: Gro Espeseth and Bente Nordby.

Riise, who scored one of the greatest ever World Cup goals, has also won silverware at club level in Norway, Japan, and the States.

“I used to say that she’s like a woman Johan Cruyff,” her former coach Per-Mathias Hogmo told The Athletic.

Preview: Odds, countries, and managers in the men’s football

Riise has been keeping the England women's hot-seat warm between the spells of Phil Neville and Sarina Wiegman.

Neville vacated his post in January so he could jet over to the MLS to manage Inter Miami CF, while Holland women's boss Wiegman won’t start her Lionesses tenure until September, having signed a four-year deal last summer.

Riise, the first ever non-British boss of the England women's team, has since overseen three matches; a 6-0 thrashing of Northern Ireland, followed by back-to-back defeats to France and Canada.

She has valuable Olympic coaching experience

As we’ve touched upon Riise was an Olympic winner as a player - Sydney 2000 - before returning to the games as a coach in 2012 when she helped the USA win gold in London 2012.

“I think the fact that Hege has been there, both as a player and the coach, will really help her to prepare the team the very best she can,” Baroness Sue Campbell told The Guardian.

Not only was Riise a world class player and a successful coach, but she’s also proved her worth as a manager.

Between 2007 and 2008 she voluntarily managed Norwegian side Team Strommen. After helping the USA win gold, she returned to the renamed side - now LSK Kvinner - in 2012 as an assistant, then in 2016 she became manager through to 2020.

During that time LSK Kvinner won six straight titles, five cups, and made significant progress in the Champions League.