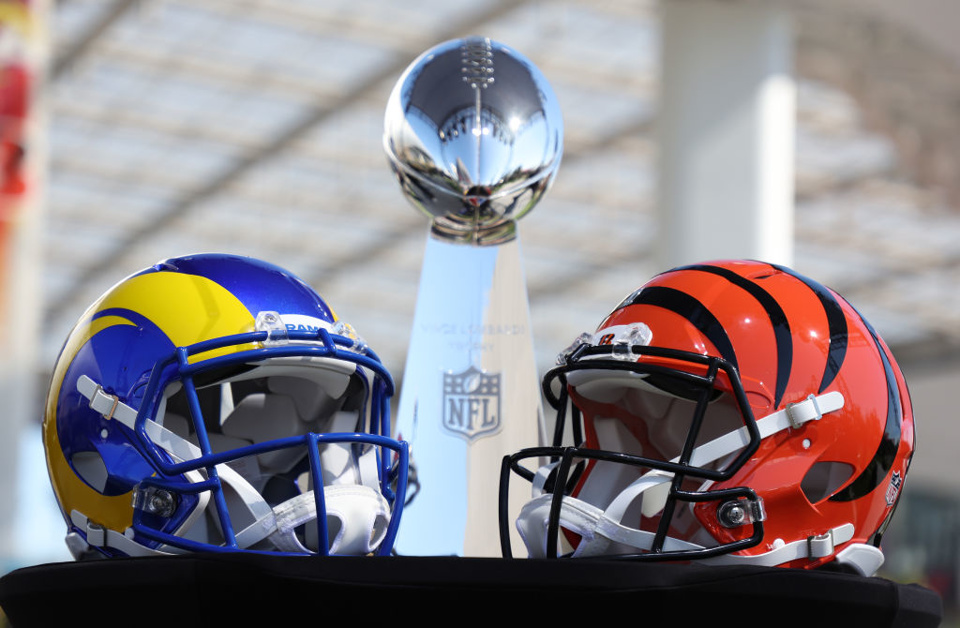 Super Bowl LVI takes place on Sunday February 13th in Inglewood, California at the SoFi Stadium, home of the LA Rams and Chargers. Here at BettingOdds.com we are following up our popular weekly acca's and playoff previews and going Super Bowl crazy this weekend, with a full Preview of Sunday's event and a separate prop-bets piece featuring our in-house NFL writers. Thanks for sticking with BettingOdds through the season, your home of NFL betting in the UK!

It's finally here NFL fans! After the non-event that is the Pro Bowl, here comes the real thing. Super Bowl 56...

The 15-5 LA Rams take part in their first Super Bowl since 2018, when they lost 13-3 to the New England Patriots, and will be competing on home turf in their stunning new home, The SoFi Stadium - only the second time in Super Bowl history that's ever happened - the first time of course, being last year in Tampa. If they can triumph here, it would be their fourth NFL Championship and their second as the LA Rams having previously competed as the Cleveland and St. Louis Rams.

They will be up against the 13-7 Cincinnati Bengals who have surpassed all expectations and knocked out some huge favourites along the way including the Tennessee Titans and the Kansas City Chiefs. This will be the Bengals first Super Bowl appearance since 1988 and in their two previous appearances, they have lost to the San Francisco 49ers. Can they now finally end 54 years of hurt and claim their first ever NFL Championship? 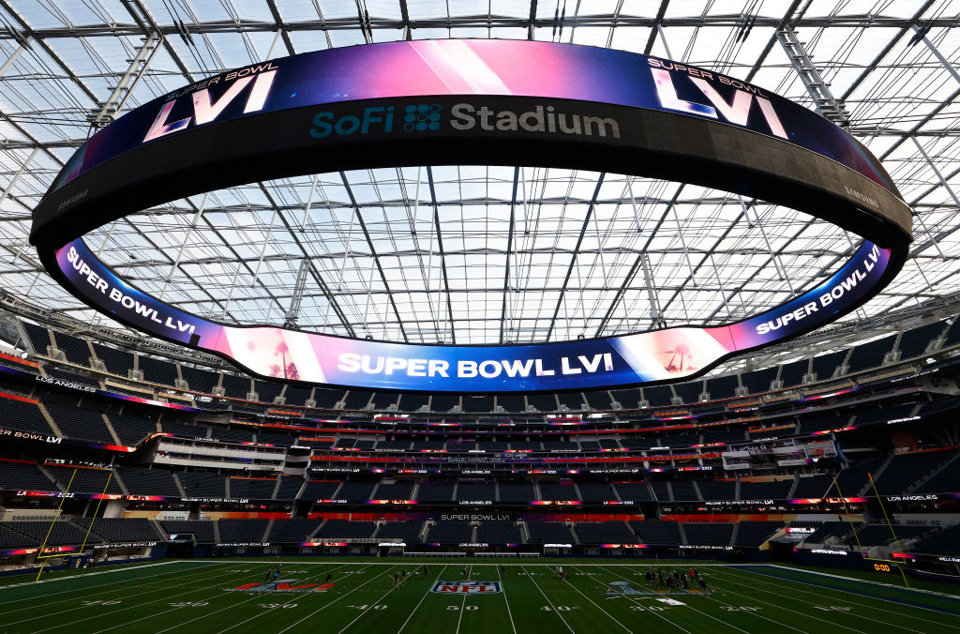 The SoFi Stadium in Inglewood, California holds 70,240 people but can be extended to over 100,000 for the Super Bowl

Where is the Super Bowl being held and where can I watch it?

Super Bowl LVI is being held at the SoFi stadium in Inglewood, California. It was officially opened in September 2020 at a cost of between $5-6 billion. The stadium is the home of the Los Angeles Chargers and Los Angeles Rams and is also the location for college football's LA Bowl. It is scheduled to host the opening and closing ceremonies for the 2028 Summer Olympics.

Tickets for the Super Bowl are predicted to be the most expensive ever;  The cheapest current ticket is around $4,900 with the average ticket costing around $8,772. The most expensive tickets are currently selling for around $100,000.

For those of us not lucky enough to attend the actual thing, the whole event will be televised in the UK on Sky Sports Main Event and live on BBC One and the iPlayer. Kick off is scheduled for 11:30pm and should finish around 2.30am in the UK.

Who is on the Super Bowl Half time show?

Dr. Dre, Snoop Dogg, Eminem, Mary J. Blige and Kendrick Lamar will perform at the Pepsi Super Bowl LVI Halftime Show. The five artists have combined for 43 Grammys and have created 22 No. 1 Billboard albums. Unlike a regular season game, there is a longer break in play to allow for the stage to be set up and the artists to perform. The actual show is expected to last around 12 minutes but the break in play can last up to half an hour.

How does the Super Bowl betting look?

The LA Rams are the bookmakers favourite for this one and are 1/2 on the Money Line. The Bengals are generally available at around 13/8. If you prefer betting on the Points Spread then the Rams are a 3.5 point favourite.

There are a world of different prop bets for this mega event including Touchdown scorers, passing, rushing and receiving yards and even who will win the coin toss. Here at BettingOdds we will have a comprehensive props betting special with all our writer's picks for the big night.