Southampton vs. West Ham Predictions: Score draw on the cards at St Mary's 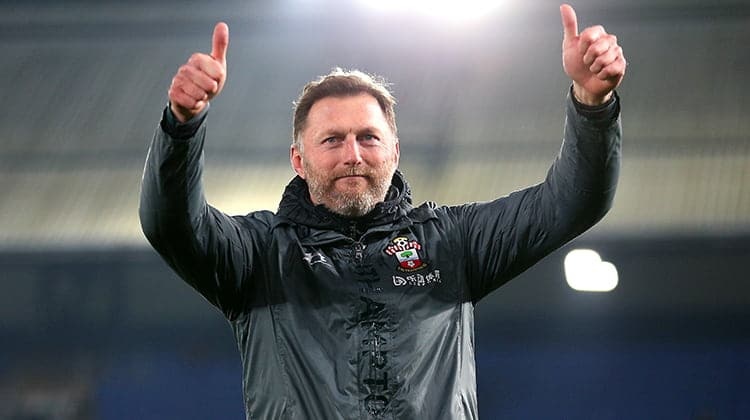 West Ham head down to St.Mary’s to take on fellow Premier League side Southampton in the FA Cup, as both sides look to book their place in the quarter-finals of the competition.

The Hammers got back on track in their quest for European football on Sunday, grinding out a 1-0 win over fellow hopefuls Wolves thanks to Tomas Soucek’s second-half winner.

It was an important three points for David Moyes’ side who face a tough March, with trips to Liverpool and Tottenham in the league - as well as a Europa League date in Seville.

Southampton, meanwhile, are hoping to book a European tour of their own and, if their 2022 form is anything to go by, might still have time to do so.

The Saints have been imperious in their last 10 Premier League outings - with only Manchester City, Liverpool, and Arsenal picking up more points than the south-coast side.

Unbeaten in six, Ralph Hassenhuttl’s side has lost just once in their last 12 games in all competitions and they’ve made St. Mary’s an almost impenetrable fortress this season.

Undefeated in 11 on home soil, their only loss came back in September - with five wins and six draws (after 90 minutes) since. With goals a little hard to come by until recently, they’ve had to be defensively sound to grind out results.

Only City and Liverpool have conceded less at home in the Premier League than the Saints, whose summer additions of Valentino Livramento, Lyanco and Romain Perraud in defence have proved dividends.

Livramento in particular, added for just £5m from Chelsea, has been an important cog in Hassenhuttl’s machine and has even seen his old club sniffing around as they experience a rare shortage of full-backs.

Speaking of full-back shortages; West Ham are still without Ryan Fredericks and Arthur Masuaku, and lost Vladimir Coufal until at least April after he had surgery last week. It means Ben Johnson and Aaron Creswell should start either side of Kurt Zouma and Craig Dawson once again.

There are no new injury concerns for the hosts who still have Lyanco, Nathan Tella and Alex McCarthy sidelined.

Games in the FA Cup rarely lead to a hatful of cards and I’m hoping this one is no different, especially given the man taking charge of it.

Andre Marriner has shown two cards or fewer in seven of his last eight FA Cup games, dishing out none in three of them and just one in another three, and he’s often lenient when it comes to this pair of teams too.

In Southampton’s case, the veteran official has shown three or more in just two of the seven Saints games he’s taken charge of - showing none on one occasion and failing to book a single Southampton player in two others.

In West Ham’s case, he’s given two or fewer cards in five of their last six games - showing no cards on one occasion and not booking any Hammers in another.

Even without Marriner in charge, West Ham have been one of the more disciplined in the Premier League this season. Only Liverpool have received fewer bookings than David Moyes’ side this season, with the Hammers averaging just 1.19 per game.

Furthermore, they’ve seen two or fewer cards in eight of their 11 matches since Boxing Day and haven’t had more than two in any of their five domestic cup fixtures this season.

One thing that has been consistent for Southampton at home this season is draws, especially against good sides.

The Saints have drawn five of their six home league games against sides currently ranked in the Premier League’s top half, with four of those finishing 1-1.

The hosts have also drawn each of their FA Cup ties 1-1 this year inside 90 minutes, whilst West Ham salvaged a 1-1 draw at Kidderminster in the last round before Jarrod Bowen put the tie to bed in the last minute of extra-time.

That result means the Hammers have drawn three of their last five games in all competitions and it wouldn’t be a shock to see these two level at full-time either.

They’ve shared the spoils in each of their last two meetings at St.Mary’s (albeit in goalless draws) and could do so again here.