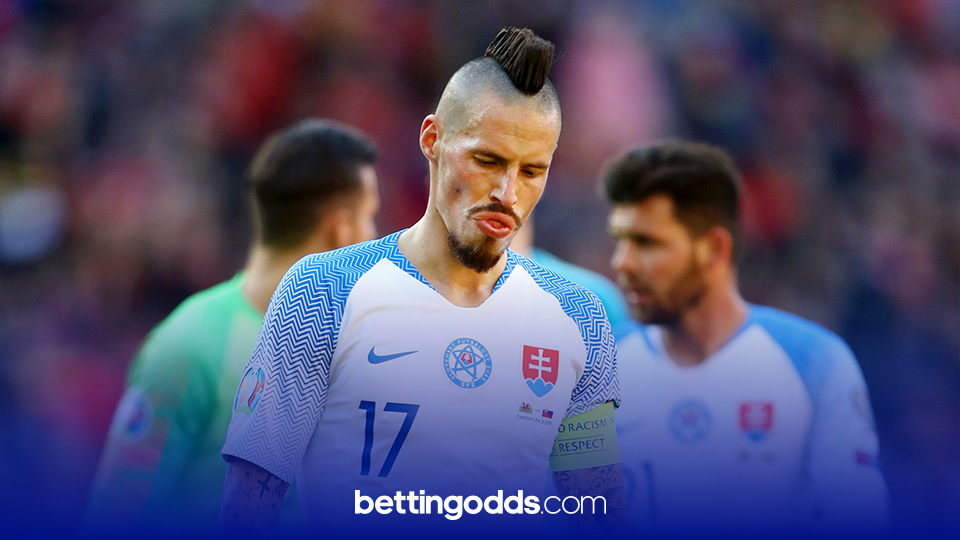 Slovakia made it to the last-16 of the 2010 World Cup and Euro 2016 but that is as far as their participation has gone at major tournaments in recent years. Drawn in a group containing Spain, Sweden and Poland, I think it'll be a tough job for them to make it past the groups stages this summer.

Milan Skriniar played a pivotal role for Inter Milan in their Serie A title triumph this season, scoring 3 goals for Antonio Conte's side while keeping an astonishing 15 clean sheets in all competitions! He is a real enforcer at the back and will be key for Slovakia at Euro 2021.

Marek Hamsik is Slovakia's all-time top scorer with 26 goals in 126 appearances (also their most-capped player) and remains the team's most important player. Now 33, the midfielder made his senior debut in 2007 and captained Slovakia for the first time aged just 21. He was his country's main striker during the trail-blazing Euro 2016 qualifying campaign with 5 goals.

FC Koln's attacking midfielder Ondrej Duda is a really exciting player and one to keep an eye out in the shots markets at the Euros. The former Norwich loanee has averaged 1.4 per game this term and is Slovakia's leading goalscorer with 7 goals in all competitions. His strengths lie with his passing and ability from set-pieces, but he often lacks discipline - best illustrated by the fact he has amassed 9 cards this season (8 yellows 7 1 red) - so is certainly one to keep track of in the card markets, too.

Attacking midfielder Tomas Suslov is a really exciting player and one we can't wait to view in action at Euro 2021. The FC Groiningen playmaker has five assists and two goals to his name in the Eredivisie this season at the age of just 18! It's unlikely he will start too many games this summer, but definitely a player of real potential that has the capability to change games with his key passes off the bench.

Slovakia are 500/1 to win Euro 2021 in the outright betting; only Finland, Scotland and Hungary are as big a price.

Slovakia are a best-price 20/1 to win Group E ahead of Spain, Sweden and Poland. They are 6/4 just to qualify for the last-16.

Slovakia's manager is Stefan Tarkovic. The former left-back was the national team's assistant manager between 2013-2018 before getting the job as head coach three years ago - a position he has held ever since.