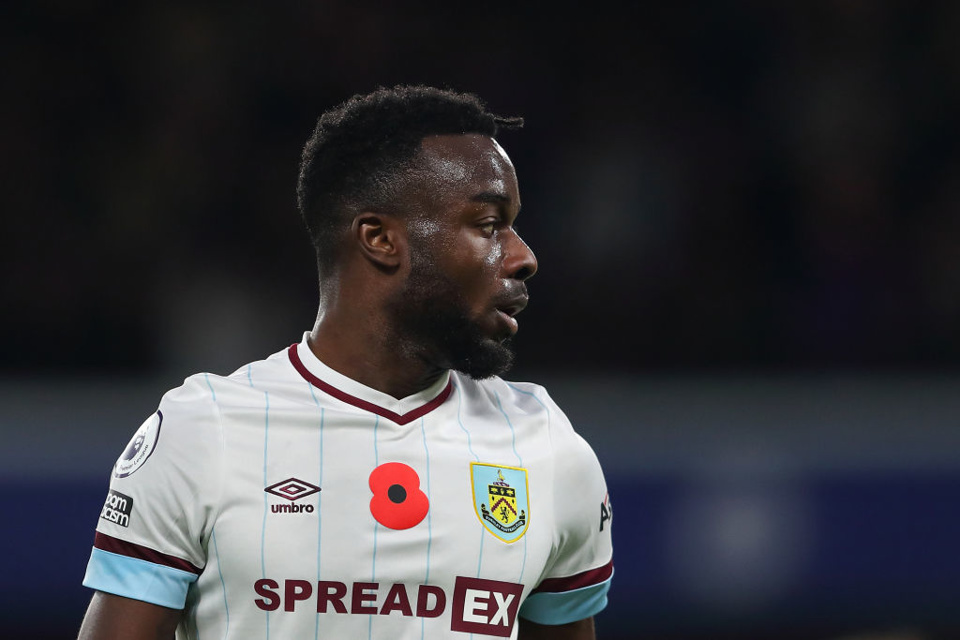 Bet Builder Tips: Maxwel Cornet has registered 1+ shot on target in each of his six games for Burnley
By Anthony Eadson
16:17 Friday 19th November 2021 - 3 minute read

Eight games take place in the Premier League on Saturday with Leicester against Chelsea and Liverpool against Arsenal being the live games shown on TV. Burnley host Crystal Palace in one of the three o’clock kick-offs and our resident rambler @AnthonyEadson has picked out a double he likes the look of as part of his Bet Builder Tips.

At the time of writing the double on the two selections pays 6/4 thanks to a little boost from the lads over at Paddy Power which can be backed by clicking the link below.

Burnley take on Crystal Palace at Turf Moor on Saturday with both sides coming into this game in reasonable form. Sean Dyche’s Clarets have been beaten just once in their last six league matches while Palace are unbeaten in their last six.

It’s a shots on target double that I’m leaning towards in this game involving two players who have been consistently testing keepers this term. Paddy Power and Betfair have 6/4 on offer for Conor Gallagher and Maxwel Cornet to each have one or more shot on target in the match. It may not seem like the most glamorous of prices but I think this one lands and here’s why.

Conor Gallagher has been in superb form this term and has already notched up four goals and two assists in the league. The youngster is currently on a season-long loan from Chelsea and this week director Petr Cech dropped hints that Gallagher will be part of Thomas Tuchel’s plans next season.

The 21-year-old made his debut for the England senior side over the latest international break coming on as a substitute against San Marino and when it comes to shooting he’s certainly upped his output this campaign. Last season Gallagher averaged just 1 shot per game at West  Brom but under the guidance of Patrick Viera has increased that to an impressive average of 2.3 shots per game.

That’s higher than any other player in the Crystal Palace squad with Gallagher also topping the ranks for the Eagles when it comes to shots on target. The midfielder has registered 1+ shot on target in 70% of his league matches this season and has recorded 2+ on target in 30% which came against Arsenal, Man City and West Ham.

Paired with Gallagher to have a shot on target will be Burnley’s Maxwel Cornet who has impressed in East Lancashire since arriving from Lyon. The Ivorian has already scored four goals for Burnley in the league in his first five starts and is fast becoming a fans favourite with the Clarets faithful.

Looking at Cornet’s shots on target stats so far for Burnley, he has registered at least one in all six of his league appearances with an average of 1.2 per game, which increases to 1.7 when we look at shots on target per 90 minutes. I’m hopeful that both sides will believe they can take the three points on Saturday and that we should get quite an open affair.

All things considered, 6/4 looks a fair price. It may be worth checking team news an hour before kick-off with a slight doubt over Maxwel Cornet starting after returning late from International duty, but best of luck to those who choose to follow.