Betting Stories: When one Punter scooped over 300k on Greece winning Euro 2004 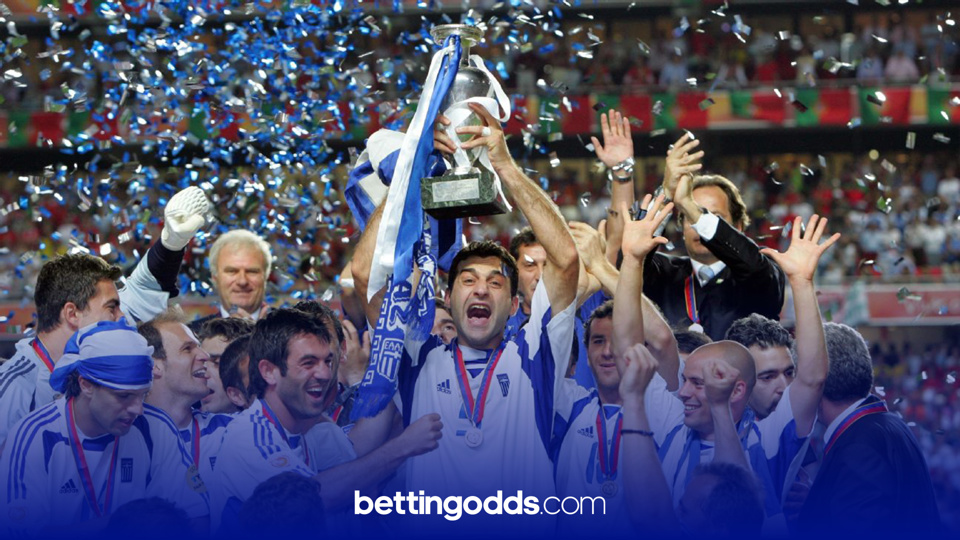 The European Championships are just around the corner and despite the shenanigans of the past year with Covid-19, Euro 2021 is set to be one of the biggest betting events of the year. Many punters will be picking their team to side with before the off with several looking out for that surprise package to reach the latter stages at a big price.

Cast your minds back to 2004 when Greece miraculously managed to lift the trophy after just winning three games. Otto Rehhagel’s side were priced as big as 150/1 before the tournament and here’s how they netted one punter over £300,000 in profit.

Going into the Euro 2004 final against Portugal which took place on July 4, Greece were priced at 9/2 to win inside 90 minutes. They had already beaten a side that included Rui Costa, Luis Figo and Cristiano Ronaldo in the very first game of the tournament when priced at 6/1 and they defied the odds once again to get their hands on the trophy.

William Hill then announced that one of their punters had placed a series of bets at one of their shops in Woking. The man in question had placed £4,000 on Greece to win the European Championships at 50/1 on June 23, and then followed that up with another £8,000 at 10/1 after they had shortened in the market.

This fearless character wasn’t done yet though as he returned on the day of the final and placed a final wager of £12,500 on Greece lifting their first major piece of silverware! Graham Sharpe, a spokesperson at the time for William Hill, stated “We believe the man is Greek, which is not that surprising”.

In total, Greece only won three of their six games at the European Championships in 2004. Their two victories against Portugal were priced at 6/1, & 9/2, while their 1-0 win over France in the quarter-final, could have been backed at 11/2 with Bwin.

We’ve listed all of Greece’s results from Euro 2004 below along with their price to win that game without extra time being required.