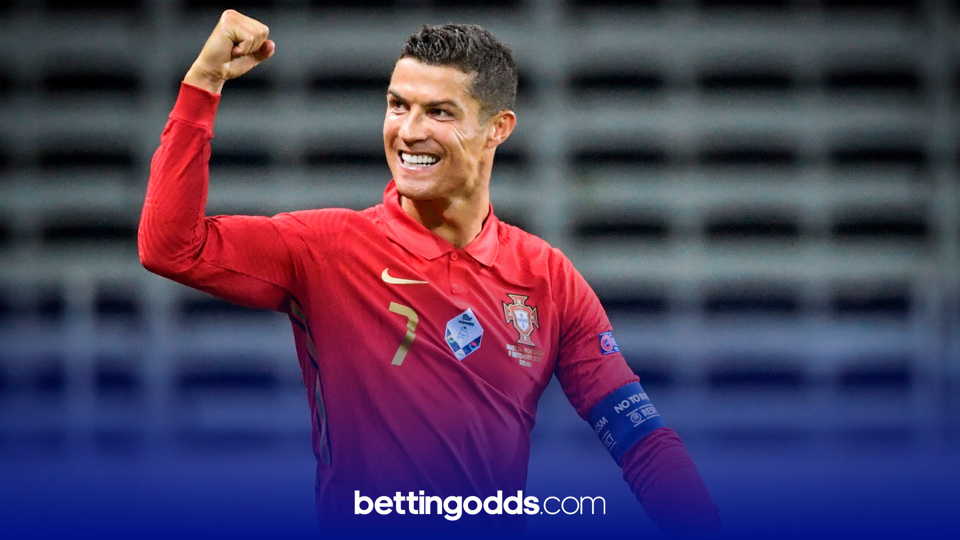 Portugal are certainly an exciting prospect and one which I can't wait to watch at the forthcoming Championships. They are no longer just a one-man band in Cristiano Ronaldo - although the 36-year-old is still going strong and will be key to their potential success in the summer - but rather a really well rounded squad with a fine balance of youth and experience.

The 9/1 on offer in the outright market could offer some value, and will likely shorten before the tournament kick's off in June, as it has already done from the 12/1 they could be found at in late-2020. Their group is a tough one, but I fancy them to qualify from it and should they do so then there is nothing to stop them going the whole hog and retaining their crown as the continent's strongest international team.

It goes without saying just how important Cristiano Ronaldo is to Portugal. The Juventus forward pretty much single-handedly won Euro 2016 for a Portugal side who were much weaker then than they are now, and although he is now well into the twilight stage of his career, he is showing no signs of slowing down having netted an astonishing 31 goals for Juventus in all competitions this season. The nation's all-time leading goalscorer with 103 goals to his name (and counting) will be desperate to guide Portugal to another trophy this summer given this could well be his final European Championship campaign, and is 16/1 fifth-favourite in the Best Player of the Tournament betting.

Bruno Fernandes has enjoyed another promising season in the Premier League with Manchester United and will be hugely important for Portugal's chances of success at Euro 2021, linking up with Moutinho, Silva, Jota et al to create chances for Ronaldo to latch onto in front of goal. The United playmaker is slightly longer than his teammate CR7 in the Best Player of the Tournament betting, priced at 20/1, and should he replicate the form he has displayed at club level this season, he will give himself a good chance of winning the Golden Ball at the Euros.

For all the attacking talent Portugal have available to them, it is their talismanic centre-back Ruben Dias who could be the difference for them this summer. The former Benfica defender has been a revelation for Man City during his debut season in the Premier League and will take a great deal of confidence into Euro 2021. He is a rock at the back and partnered with the experience of veteran Pepe in the heart of defence it's difficult to see too many sides breaking them down.

21-year-old Joao Felix is one of the world's best young prospects and he will be a player worth keeping an eye on at Euro 2021. The Atletico Madrid attacking midfielder/forward has scored 10 goals and provided five assists at club level this season and provides a real creative spark for Portugal, linking up with the likes of Ronaldo, Fernandes and Silva in the final third.

Felix is joint-second favourite to win the Best Young Player award at 8/1, level with Germany's Kai Havertz and behind only England's Phil Foden, who is 4/1 favourite in the market.

Portugal are 9/1 to retain their crown as champions of Europe, making them sixth-favourites in the betting.

For all the talent they possess, they are a bigger price due to the strength of their group, but have a great chance of going far into the tournament with a plethora of talent and huge squad depth within their ranks.

They are 1/3 to qualify for the knockout stages, which you'd feel confident in them doing considering their pedigree in the European Championships, and the fact that there is the potential for the best-performing third placed teams in qualifying to progress through to the last-16.

Portugal's manager is Fernando Santos, who has been in charge of the national team since 2014. He oversaw the triumph in France at Euro 2016 and previously guided Greece to the knockout stages of the 2014 World Cup - the first time the country had made it past the group stage of the tournament in their history.