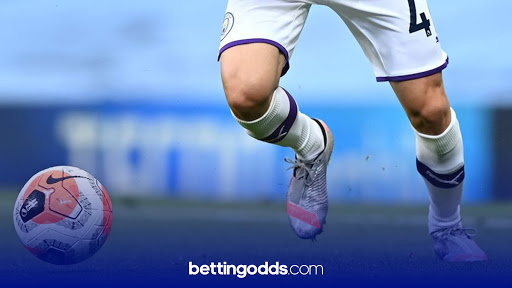 Phil Foden's price has been slashed from 4/1 to 5/6 in the To make the England Euro 2020 squad betting following a string of impressive performances for Manchester City.

Foden was 4/1 to make Gareth Southgate’s squad for next year’s competition - which was due to be played this summer but had to be postponed due to the coronavirus pandemic - back in March, but since the restart the 20-year-old playmaker has really kicked on for City after being presented with more first-team minutes by Pep Guardiola, and now the odds-makers are giving him a 55% chance of attending next summer's prestigious tournament.

With four goals and an assist in his five appearances since the Premier League resumed last month, no player in the top-flight has been more effective than Foden when it comes to goal involvement.

It is worth noting that the England hopeful has only played the full 90 minutes in two of his previous five appearances, further highlighting how good he has been for the Sky Blues in recent weeks.

With David Silva retiring at the end of this incredibly unusual campaign, it is predicted that Foden will start to play a more pivotal role in the heart of City’s midfield.

He proved that he is ready for regular first-team action by putting in a scintillating Man of the Match display against Aston Villa in the final of the Carabao Cup back in February, and has only helped his cause to be a starter for the Cityzens with his magnificent displays since the restart.

While no player is ever a guaranteed starter under Pep Guardiola due to the strength-in-depth the Spaniard has available to him, should Foden nail down a more regular position in City’s starting line-up next term and continue to impress when called upon, it will be impossible for Three Lions boss Gareth Southgate to ignore him when selecting his 23-man squad for next summer’s European Championships.

For years England have longed for a creative player to link midfield and attack, with Paul Gascoigne the last player of real quality able to carry out such a task.

For a period of time Jack Wilshere looked to be the answer, and there is a strong argument to suggest that the West Ham midfielder would have enjoyed a long and successful international career had it not been for continuous injuries.

The Cruyff-turn-addicted Adam Lallana filled the void for a while, too, though the 32-year-old’s issues with gametime at club level look to have sadly now curtailed his career in an England shirt. Indeed, in Foden there is genuine hope that raw talent in this particular area of the pitch has started to naturally flourish, and it’s all very exciting.

Foden’s rise through the England ranks has seen him play for every age group from under-16s to under-21s, so the transition to the senior Three Lions squad will prove to be a natural one for the man dubbed the “Stockport Iniesta”.

At the moment, it seems as though it is a case of when rather than if Foden’s senior bow will come, and if he continues to shine at club level then there is every chance that he will play a part in England’s upcoming Uefa Nations League clash against Iceland, which is currently scheduled for September 5.

Whenever the opportunity does arise, though, it is greatly anticipated that Foden will grasp it with both hands and make the position his own.

And, judging from what we have already seen from him at club level, there are a lot of reasons why we should all be extremely excited for what the future holds for this amazingly talented young player on the international stage.