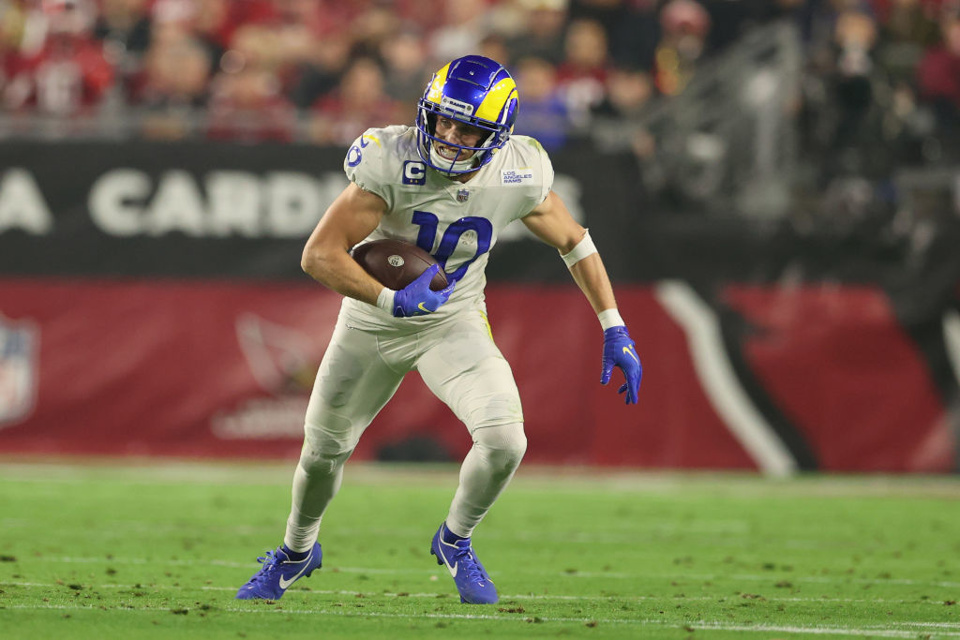 As part of our expanding sports coverage here at BettingOdds.com we've enlisted our US sports specialist @OddsTerrier to do a weekly NFL preview and accumulator. This will lead right up to the playoffs and eventually the 'Greatest show on Earth' Superbowl LVI, which will take place on February 13 in Inglewood, California at the SoFi Stadium, home of the LA Rams and Chargers. We'll have comprehensive NFL tips and prop bets throughout the playoff period.

Welcome to your weekly NFL Acca people! It's week 15 and the playoffs are getting real close....

Week 14 saw big wins for The Rams over the Cards which means the Packers are now no 1 Rank in the NFC; closely followed by the Bucs who won in overtime over the Bills.

In the AFC a massive win by the Chiefs over the Raiders, followed by an overtime win over the Chargers on Thursday Night Football sees Andy Reed's men take the coveted no 1 rank. They can be overtaken by the Patriots if they can turn over the Colts in the late Sunday game.

We were close to landing our acca last week but those pesky Lions flummoxed us again. We have switched it up a bit this week and gone for four player touchdown props. Each can be backed individually or you can combine them into a 11/1 acca with bet365.

As always enjoy your Football and bet responsibly.

The Cardinals running back James Conner is an enforcer. He's not the flashiest running back and only has 661 rushing yards this season (less than half of yardage leader Jonathan Taylor), but what he does do is get the job done. He has the second most Rushing TD's in the league; just two behind Taylor on 14. He has pretty much ploughed a lone farrow for the Cards since the injury to fellow RB Chase Edmonds. In a pass heavy offense Conner gets the job done in the redzone. Kyler throws it down the field and Conner finishes off the drives. Against a Lions defence that gave up 3 rushing TD's last week this looks a great selection.

Green Bay's Davante Adams is a first class Wide Receiver. The First-team All-Pro is  currently 3rd in receiving yards (1204) and has seven TD's for the year. He has a telepathic connection with the Packers QB Aaron Rodgers and is always a threat in the secondary. Talking of the secondary and the Ravens have struggled there badly in recent weeks due to a glut of Injurys. I'm expecting Adams to find himself in plenty of space here and expect him to get into the endzone. He has scored 4 TD's in the last 3 weeks and the streak should continue in Baltimore.

Deebo Samuel is on a hot streak for the San Francisco 49ers right now. Not only has the Wide Receiver gone over the 1000 yards for the season mark for the first time in his career he has also scored five touchdowns in his last four outings. The Falcons are 3rd worse in the NFL for allowing Receiving TD's so this looks a decent pick.

The Rams Wide Receiver Cooper Kupp has been nothing short of a revelation this year. The 28-year-old leads the league in receptions (113), yards (1489) and most importantly, Touchdowns (12). He's formed an instant connection with new QB Matthew Stafford and has thrived. In the last two weeks Kupp has caught for 120+ yards and scored a TD in both games. Against the Seahawks, who have conceded 21 receiving TD's this year this looks another good option.