Wrexham’s A-list Co-Chairmen Rob McElhenney and Ryan Reynolds are looking for a new manager to roar the Dragons to the next level after the club opted not to retain the services of boss Dean Keates.

Keates, who had been in charge since 2019 in what was his second spell, was unable to book a place in the National League play-offs after his side could only draw on the final day of the season, which meant they dropped out of the top-seven.

It’s not exactly a secret that McElhenney and Reynolds want to elevate Wrexham into the Football League ASAP, and fans will be encouraged to see a high-calibre cluster of names in the frame for the new vacancy.

In as the early favourite in the next Wrexham manager market is Michael Flynn at 3/1 with Bet Victor.

Over the course of the last four years Flynn has built up a strong resume at fellow Welsh side Newport County, whom he’s forged into consistent League Two promotion candidates.

After he remarkably saved the club from the drop at the end of the 2016/17 season - they were 11 points adrift upon his appointment in March - Flynn has since led the Exiles to two play-off finishes; agonisingly losing in the final on both occasions.

The Welshman’s rising star means that he’s frequently been linked with a switch to other EFL clubs but has so far resisted the lure of a move away from Rodney Parade.

Next in the running is Nigel Clough at 5/1.

The vastly experienced Clough has worked in all three divisions in the EFL, plus the National League where Wrexham are currently located. He memorably played a huge part in Burton’s rise from non-league to the Championship across two spells in charge, and counts Sheffield United and Derby as former clubs.

You can see why Wrexham would be interested in securing Clough’s services, and while he is currently managing in League Two at Mansfield Town, he did previously work at Burton with Fleur Robinson who has just started a new job as Wrexham’s new chief executive. So, we’ll see how that one pans out.

This week Wrexham revealed that Les Reed has been brought in as an advisor to the board. Reed is therefore likely to have a big say in who is appointed as the new manager; his arrival has led to murmurings that Mark Hughes could be lured over at 14/1; Reed appointed Hughes at Southampton back in 2018 when he was vice-chairman.

Hughes, who was born in Wrexham, hasn’t managed for nearly three years and it’s fair to say he endured a difficult end to both of his previous two jobs at Stoke and Saints, however his experience, knowledge, and profile means he would be an absolutely huge appointment at non-league level.

Former Wales manager Hughes has six Premier League clubs on his CV - second only to Sam Allardyce - and over the past six months has expressed a desire to return to the dugout. 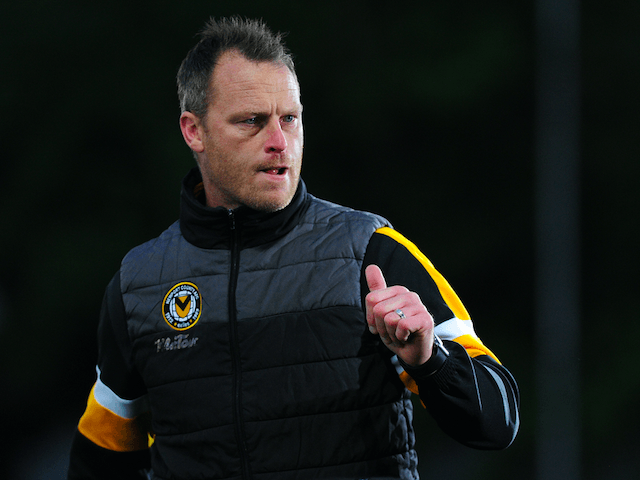 Newport County manager Michael Flynn is one of the early favourites

Casey Stoney features in the upper echelon of the betting at 5/1, in what would be a historic appointment as the first female manager of a men's UK professional club.

Stoney is currently looking for her next job following a successful spell as the first ever manager of Manchester United women, whom she led into the WSL then secured back-to-back 4th place finishes before announcing her decision to leave in May.

Shortly after Stoney’s name was first linked with the Wrexham job, the manager tweeted that she’d received disgusting abuse online.

The club’s Executive Director, Humphrey Ker, then released a statement on behalf of Wrexham in which he condemned the awful abuse. “We are disturbed by the abuse aimed at potential candidates on social media and would like to apologise to them on behalf of the club.

“As the overwhelming majority of our fans will agree - this type of behaviour is not welcome at Wrexham AFC and we will continue to work with the rest of football to make online abuse a thing of the past.”

For the lovely people on here that are abusing me for even being linked with a job in the men’s game please do yourself a favour & lower your blood pressure. I am happily spending time with my family thank you ❤️if you have a daughter, sister, wife or mother you should be ashamed

At 10/1 is ex-Stockport manager Jim Gannon, who has been linked with the club before, with John Askey and Hartlepool’s Dave Challinor both priced at 14/1, as is Andy Morrison who could have his eye on the English football ladder following back-to-back Welsh titles with Connah’s Quay Nomads.

Further afield, you can find the likes of Craig Bellamy, Sol Campbell, and Michael Jolley at 25/1, while former Wales boss Chris Coleman is a 33/1 outsider, alongside Wrexham’s longest-serving boss: Brian Flynn.