Next Newport Manager Odds: Five names in the frame to replace Michael Flynn

Delivering the Great Escape in 2017, Flynn subsequently led the Exiles on numerous cup adventures including victories over Leeds, Leicester and Middlesbrough, plus glamour hostings of Tottenham and Man City, forcing the former to a replay.

On top of that, the South Wales club reached two Play-Off Finals in four seasons, unlucky to lose on penalties to Tranmere in 2019 and to a dubious penalty to Morecambe in 2021, having arguably shaded the former game and been the better side in the latter.

Nonetheless, Flynn - who has been linked to Cardiff City - clearly wanted a new challenge with a different working environment, leaving his successor with big shoes to fill: but just who will that successor be?

These are the five names in the frame…

James Rowberry brings with him plenty of coaching experience with a strong track record in the domestic game.

Having joined Cardiff City as Lead Development Coach for the academy set up in 2013, the former Newport University student has been first-team coach at Cardiff City for the last seven years.

That durability would not be possible without strong leadership, communication and organisational skills, especially given that this period includes a competitive stint in the Premier League under Neil Warnock.

Plus, one of Rowberry’s remits at Cardiff was to be aware of emerging talent within the academy, which puts him in a good position to contribute to the recruitment process at Newport.

The obvious black mark against Rowberry is that he has never managed in senior football.

Certain roles he had at Cardiff overlap with the requirements for this job, and it is perfectly plausible that the Welshman can make the transition to being a number one, but it is not straightforward.

The primary difference is that the manager has the final say, the manager faces more pressure, the manager takes the bulk of the praise for good performances and the criticism for bad ones.

Brian Dutton at Walsall was an extremely highly-rated coach, but his results in charge were poor. Mark Trueman and Conor Sellars did great work at Bradford with the academy, but ultimately it did not work out for them in the hot-seat. Mike Jackson had assisted Micky Mellon when Tranmere achieved back-to-back promotions, but when he took the reigns himself he was unable to deliver.

Appointing Rowberry would represent a gamble that he can adapt to different conditions.

To counter-balance the above, Michael Duff and Mark Bonner were two of the three stand-out managers in League Two last season – if we include Derek Adams in the mix as well – and both did so in their first managerial jobs.

It would be difficult to be too bold in saying Rowberry would be a brilliant appointment because he is unproven, but sometimes there is merit in taking a chance on an excellent coach with the ability to motivate and see potential in young players. 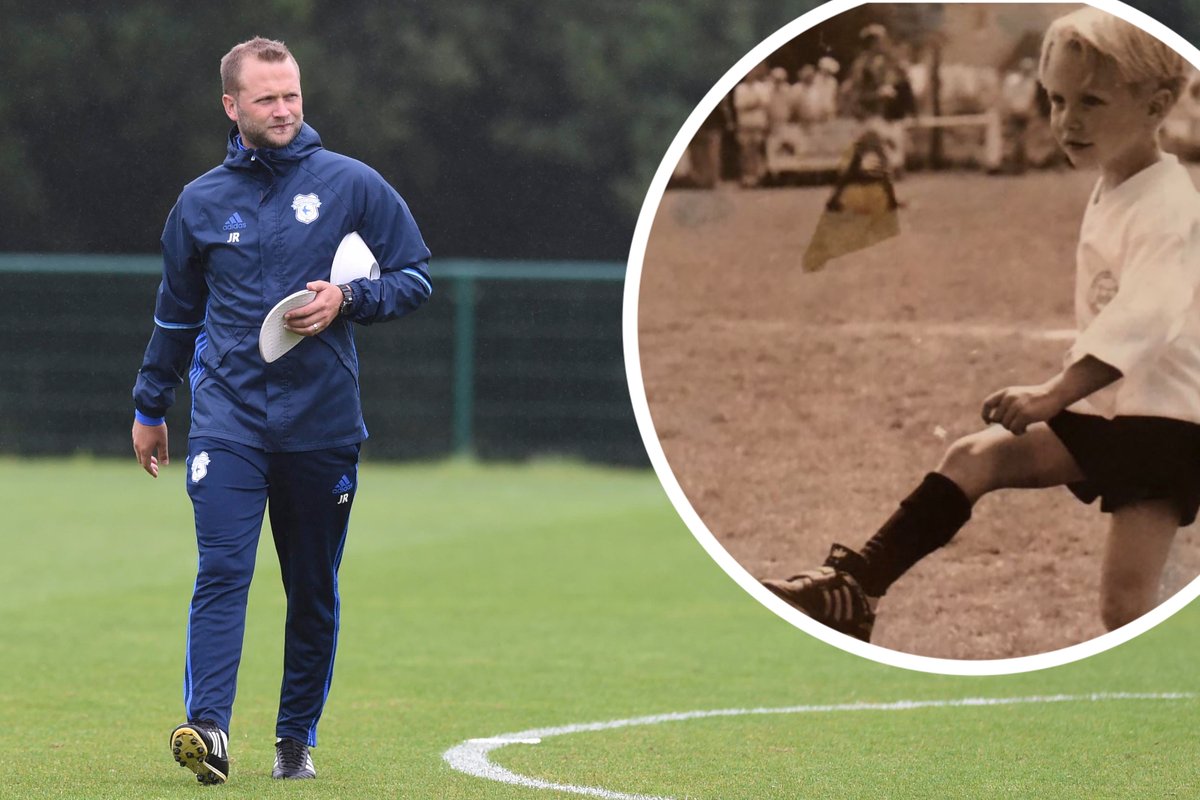 Mark Cooper’s record as an EFL manager is appealing.

The former midfielder led Swindon into the League One Play-Offs in 2014-15, he led Forest Green into League Two and subsequently two top seven finishes in four seasons, before starting well this season at Barrow.

The Bluebirds have gone from looking over their shoulders in their first season at this level to challenging for the Play-Offs, whilst playing quick, incisive, one-touch football on the deck.

One of the things Michael Flynn did at Newport was unlock the special, unique spirit that once lay dormant at Newport, and unleashed it on the world.

The atmosphere at Rodney Parade, especially in big games like FA Cup clashes with Premier League sides, was absolutely electric.

One of the reasons Flynn had that effect on fans is because they identified with him: partly because he is a local lad from Pyll, but also because he cares about them.

Even when Cooper has been successful in terms of results, he has never truly built a connection with supporters and his character, especially just after Flynn has gone, could make him appear a cold, step-father figure.

Cooper has a strong track record and can be a good manager at this level, but he would not be right for Newport.

There is an argument for stability at Newport.

Granted, performances have been inconsistent, with levels fluctuating at times wildly from game-to-game and this is not a side with no space for fresh ideas, yet equally nor is it a team in crisis.

The Exiles have reached two Play-Off Finals in the previous three seasons, suffering unlucky defeats in both, sitting just one point off the top seven this term.

That, indeed, is thanks to the work of Wayne Hatswell: players could have been forgiven for finding Saturday’s conditions awkward, with Flynn’s departure confirmed only the previous day, but the intensity was spot on from the outset.

Of course, that 3-0 win came against a poor Scunthorpe side – arguably the worst team in the division – but the performance was convincing.

Plus, Leam Richardson at Wigan and Bonner at Cambridge provide examples that assistants can do well when taking on the permanent gig.

Hatswell’s only managerial experience has come in the form of his one game to date in caretaker charge, and a brief – but successful – stint at non-league Stamford.

Cooper, Tisdale and Morrison all have compelling records as a number one, where Hatswell doesn’t.

This 6/10 is provisional, with the potential to change based on future Exiles performances under Hatswell’s interim guidance.

Another strong display next week against tougher opposition in Bradford will only strengthen Wayne’s Hatswell position. Or, at least, the search will be delayed sufficiently for him to earn the right to become a prime candidate.

Then again, Bradford and Exeter – opponents the following week – is a tricky couple of assignments and if those games suggest Newport are some way off the better sides in this league, the board may look elsewhere.

In a division previously dominated by The New Saints (TNS), Andy Morrison has inspired Connah’s Quay Nomads to major honours.

The Inverness-born boss took a Nomads team that was bottom of the Welsh Premier League when he took over in November 2015 and led them, that same season, to their highest ever finish!

In fact, Morrison’s side secured Europa League football for the following season by virtue of a Play-Off Final win against Airbus UK Broughton.

Connah’s Quay made history under Morrison again in 2018, winning it’s first ever Welsh Cup by beating Aberystwyth Town 4-1, before becoming the first non-Scottish side to reach the Scottish Challenge Cup Final the following season.

Successive league titles, an incredible achievement after TNS had won eight in succession, completed the 51-year-old’s incredible work at the Deeside Stadium, before he resigned last month.

Morrison has been described on NW Sport as “a fiery, direct character with a big heart. His players at Nomads were prepared to run through brick walls for him. His interviews are open and honest. He is a character, not a media-trained robot with a built-in PC (politically correct) button like so many managers/coaches these days".

While Morrison’s record as a manager is absolutely outstanding, it can be inferred that he has not achieved those results by being diplomatic.

In fact, the same article mentioned above claims that “For Morrison’s style of management to work anywhere else would require a chairman on his wavelength. Gary Dewhursts do not grow on trees.”

This means that, in appointing Morrison, the Newport board would be to some extent putting more pressure on themselves.

Flynn said after the Wembley loss to Morecambe that there were certain aspects of the running of the club that he was not entirely happy with, which may have been a factor in the amicable parting of ways.

If Morrison is appointed, it is fair to say he will not be shy to call things out.

Sometimes a club has to be creative when looking for a manager. Rather than scanning over the same, recycled list of old names, the best appointments come when the decision-makers are willing to look further afield for someone with a truly excellent recent record.

This might be in the form of a youth coach who is working wonders, somebody thriving in a lower division, or in Scottish football.

In this case, Morrison’s remarkable returns come in Wales, but whereas the usual drawback to appointing somebody who has delivered consistent success in recent years is the need to pay compensation, in this case the boss is out-of-contract.

Appointing a manager with Morrison’s record represents an opportunity too good for Newport to turn down.

His last three full seasons as a manager at this level have resulted in successive Play-Off Finals with Exeter, followed by automatic promotion with MK Dons – despite dealing with an injury crisis in 2018-19.

On top of that, Tisdale takes a lot of credit for Exeter – in a difficult EFL financial climate – being a financially secure club.

The Malta-born manager sees each club he manages as a long-term project and is therefore always able to keep a level head whilst seeing the bigger picture, developing saleable assets that allow the clubs to build in terms of infrastructure.

Plus, going to Newport would work logistically for Tisdale, who never likes to be too far away from his home in Bath: Rodney Parade is a mere one-hour drive away.

The flip side to Tisdale’s ability to keep a level head, see a bigger picture and view everything as part of a long-term project is that emotion plays little part in his management.

The 48-year-old does little to engage with supporters: of course, there is at least some moral consistency behind that because while he does not directly address the flak after a defeat, neither does he seek praise after a victory.

However, that leadership style can leave supporters who live and breathe their club somewhat disillusioned, with the perception that their team’s manager does not have the same feelings that they do.

That is not to say that Tisdale does not take pride in his work, because he does, but rather he takes pride in the overall project rather than the thrills of individual goals and results: baring the occasional exception.

Similarly to Cooper, after Flynn built such a special bond with Newport fans, it would feel unfitting for his regime to be followed by that of a cold, calculated manager like Tisdale.

A good manager in the right circumstances, but would not fit the fabric of the club.

Scroll down for the full next Newport manager odds. Please gamble responsibly.