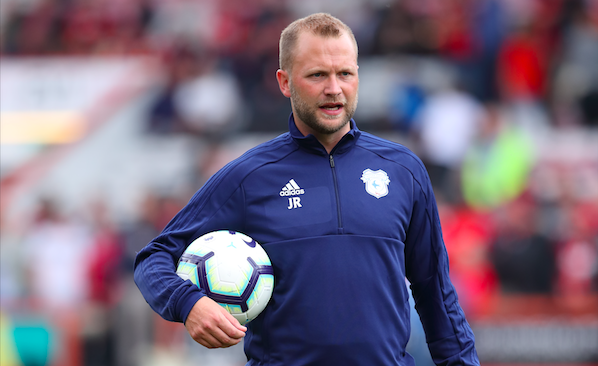 It’s approaching a week since Newport County announced that Michael Flynn had abruptly left the club by mutual consent.

The departure brought an end to Flynn’s very impressive four-and-a-half-year tenure, during which he transformed the then relegation-threatened side into consistent promotion contenders.

Flynn’s long-term assistant Wayne Hatswell has since been placed in interim charge, and immediately oversaw a 3-0 win at home to Scunthorpe last weekend.

“Not at the moment, I am literally just going to take it game by game,” Hatswell told South Wales Argus when he was asked after the game about whether he wanted the full time job.

“I am under no illusions that it’s a tough job and I’ve got to keep my emotions in check, which is something I’m not really used to even though I had a big role to play under the gaffer.”

Hatswell, who deep down may harbour ambitions of the role, features in the next Newport manager market at 4/1, however the betting now shows an odds-on favourite for the permanent post in James Rowberry.

Rowberry previously made headlines when he completed his UEFA A Licence aged just 22, then in 2014 he achieved his UEFA Pro Licence at the age of 29!

He’s yet to hold a senior position in the dugout but has eight years of coaching experience under his belt through his time at Cardiff City, where he’s undertaken roles such as Lead Development Coach, assistant coach, and now first-team coach.

Rowberry has connections to both the club and the city. He was born in Newport, read Sports Studies and Coaching at Newport Uni, and was assistant director of the club’s Academy. Rowberry also played for Newport’s youth team, while both his father and grandfather sported the club’s shirt in the past too.

We’ve seen a number of young coaches make the step up into League Two management in recent years. Successful examples include Mark Bonner at Cambridge, and Rob Edwards has enjoyed an electric start to life at Forest Green Rovers. Could Rowberry be next on the roster?

In a recent club statement, Newport revealed that they won’t rush the search for Flynn’s successor:

“A clear blueprint has been established to identify suitable candidates who are a good fit for the Club.

“Darren [Kelly, Sporting Director] will be taking the time to identify, assess, meet, and shortlist potential candidates for the board to interview.

“Given the strong foundation of the club, the role is attracting a lot of interest and it is important that the club takes the appropriate time in making the selection given the importance of the role.”

Other names that feature in Bet Victor’s odds market include Barrow boss Mark Cooper (6/1), although switching League Two dugouts would be a surprise, as well as former Connah's Quay Nomads manager Andy Morrison (8/1), and 10/1 shot Paul Tisdale; a veteran of the EFL with two promotions up to League One.

Further afield you can back the likes of Nathan Rooney, Kevin Nolan, Sam Ricketts, and Michael Jolley all at 20/1.

Whoever Newport appoint, the new manager will certainly have huge boots to fill. Flynn did a remarkable job at Rodney Parade and undoubtedly has a promising future ahead of him in management - maybe at Cardiff...

Scroll down for the full next Newport manager odds. Please gamble responsibly.