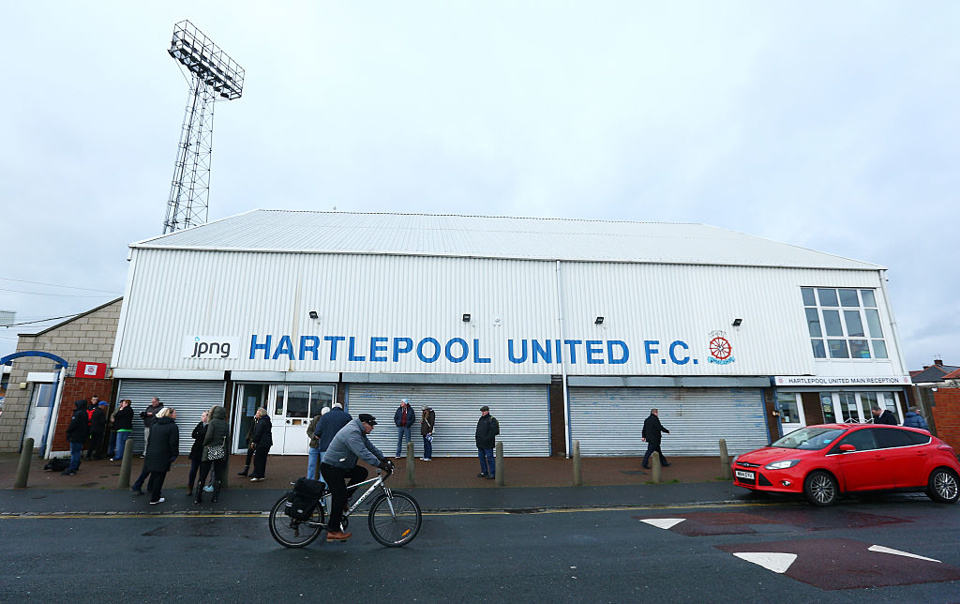 Hartlepool’s search for a new manager continues to intrigue.

The experienced four-time promotion-winner Simon Grayson and Bromley’s Andy Woodman have been hotly linked this week, while Gateshead’s Mike Williamson has also been touted.

The latest manager to be catapulted into contention is Paul Hartley, who is now bang in the mix for the job according to the latest in the next Hartlepool manager odds.

At the time of publication, the ex-Celtic player can be backed at 3/1 with BetVictor, alongside Williamson. Grayson is the narrow favourite whereas Woodman has drifted a touch to 8/1.

Below we take a closer look at Hartley, 44, whose stock is high off the back of another stellar season in Scottish football…

As a player, midfielder Hartley won the Scottish First Division with Hibernian, the cup at Hearts, then the league and cup double under Gordon Strachan at Celtic in 2006/07. He would add another league title and League Cup during his Hoops spell.

Hartley’s first managerial post came in 2011 at part-timers Alloa Athletic, who had just been relegated down to the third division and didn’t have a single player contracted. However, despite his lack of experience, Hartley impressively pieced together a title-winning team who won back-to-back promotions up to the Championship.

Hartley surprisingly resigned mid-way through his third-season, with Alloa 8th in the Championship, after revealing he had 'taken the club as far as he could'.

Hartley was soon back in the Championship dugout with Dundee, where he once again made an instant impact; leading the troops to the title that same season.

A 6th place finish followed upon the club’s return to the top-flight, then 8th in 2015/16, however he was sacked towards the end of the 2016/17 season following a poor run which threatened Dundee’s place in the top-flight.

"I'm very proud of what I achieved at Dundee since I was appointed manager in February, 2014,” Hartley said following his exit.

"We won promotion to the SPFL top flight and we finished in the top six. There is no doubt I'm leaving the club in a far stronger position now from when I first joined."

In his next job Hartley returned to the Championship towards the start of the 2017/18 season as the new Falkirk manager.

He missed out on his stated aim of the top-four, finishing 8th, then left at the start of the following season after three straight defeats.

We are delighted to confirm Paul Hartley has been named the @GlensVodkaLLG League One Manager of the Season for 2021/22!

Bouncing back at Cove Rangers

Hartley took a year out of the dugout, before he returned in the summer of 2019 to take charge of newly promoted League Two club Cove Rangers - up from the Highland League - as their first full time manager.

As has become a common theme during his managerial career to date, Hartley once again burst out of the traps as he propelled the Aberdeenshire side to the title in his first Covid-affected season.

Cove then finished 3rd in League One only to lose out in the play-offs, but secured promotion - and the title - at the second attempt this term, complete with a stunning 26-game unbeaten run from October through to the end of the season.

“I’ve been involved in football for almost 30 years now and last season is the one that I will always remember the most,” Hartley said after scooping the award.

“That’s because it was so special, in terms of how we played as well as the fact we won the title to kick off the club’s centenary celebrations in style.

“To become champions on the back of such a long unbeaten run underlined just how talented the group of players we have at Cove is.”

🗣️ Cove Rangers manager Paul Hartley says the club's journey over recent years is nothing short of a “fairy tale”.

Everyone at Cove Rangers will be hoping Hartley stays to lead the club’s first-ever assault on the Championship; a division he previously won with Dundee.

His star is shining brightly again and it’s therefore no surprise to see reported interest south of the border.

We’ll now have to wait and see if League Two Hartlepool - who have ambitions of promotion to League One - make a move for the highly-rated boss.