Matt Taylor played 160 games for Exeter City, he managed 99, but his association with the club has come to an end with the boss leaving for Rotherham United.

Taylor is a City legend, because the club have had three promotions in it’s modern history and he has been at the beating heart of each of them – not to mention the class of 2010-11 that nearly reached the Play-Offs in League One.

After things had got toxic and divisive at the end of Paul Tisdale’s 12 years in charge, Taylor united and galvanized the club through his brisk, direct honesty, whilst continuing the club’s tradition of developing top young players.

The former centre-back led the club into contention for three seasons, as two seasons of narrowly missing out on the Play-Offs sandwiched a Final no-show against Northampton, before City got over the line in his fourth season.

And, after a great start to the League One campaign, sitting 11th with 15 points from the first 11 games, Taylor leaves big shoes to fill.

Technically, this wouldn’t be an internal appointment, because Green left Exeter earlier this season.

It would, however, have the feel of one, because the former Under-23s head coach spent 12 years at City in various coaching capacities.

Why he will get the job

He knows the staff, the squad, and the youngsters coming through the academy.

The Grecians have enjoyed a successful period under Taylor: to that end, there isn’t an obvious need for upheaval, while there is an appeal to minimizing the sense of transition.

Exeter are a club that values continuity, sustainability and youth development, and Green’s appointment would match each of those ideals.

The long-serving coach stepped up to be Under-23s boss when Matt Taylor left that role to take charge of the first team, so his understanding of and relationship with the top talents could be a huge plus.

11 (46%) of the 24 players who have featured for the Grecians this season, in all competitions, have come through the academy.

Utilizing that incredible youth setup, and the reliable network of local non-league clubs, will be fundamental to the club’s chances of sustaining itself at this level.

Firstly, that’s because City can save money on wages by promoting from the academy, and attract quality over quantity in the recruitment department.

Secondly, because they are business savvy enough to get big fees for their top players:

Over the last eight years, they have received a minimum of £11.7M on transfer fees – including the £4M sell-on for Ollie Watkins when he moved from Brentford to Aston Villa – and the number has the potential to be and go much, much higher than this with various other smart, unknown add-ons and sell-on clauses.

The club has received on average £1.46M per year in that period, which has been crucial to competing with big-hitters in their respective divisions, and investing in infrastructure.

Because of this model, Exeter have been able to make improvements to the training facilities, the stadium, the match-day experience: all the areas that can influence long-term growth.

Their ability to command big fees has a cyclical effect: the fact they are in a healthier financial position than previously, means they are in a stronger negotiating position when clubs come knocking for their top players.

There would have been summer interest in Josh Key, Cheick Diabate, Alex Hartridge, Sam Stubbs, Jevani Brown and Sam Nombe, yet none departed St James’s Park: the club doesn’t have to grab at the first offer as it has done in more perilous times.

The key to this process is being brave as a club, trusting youth and making them see a clear pathway for progression.

Green knows the next potential prodigies, goalkeeper Harry Lee and forward Sonny Cox, and will not be afraid to give these top talents their opportunities.

It’s the same with wide man Pedro Borges and anchor man Harrison King, who have joined Plymouth Parkway on loan after featuring in match-day squads this season.

Above all, Green fits into the Exeter City ethos: “don’t panic, stick to the process, and trust young people to thrive”.

Five points off the Play-Offs ahead of Tuesday’s games though they are, City remain very much in the business of ticking off 50 points.

The six-point gap to the relegation zone could be seen as a necessity at this stage rather than a bonus, seeing as they are still to play each of the top eight twice.

That’s 16 (46%) of their remaining 35 games in which it’ll be extremely difficult for the Grecians to get something, so securing survival is still a long way off.

With that in mind, do Exeter want to face up against esteemed coaches like Danny Cowley, Kieran McKenna and Michael Duff with somebody who hasn’t managed a competitive game before?

Alternatively, would they want somebody with a touch more managerial knowhow?

Worth bringing into the first team management staff, but perhaps to assist rather than be the number one – for now. 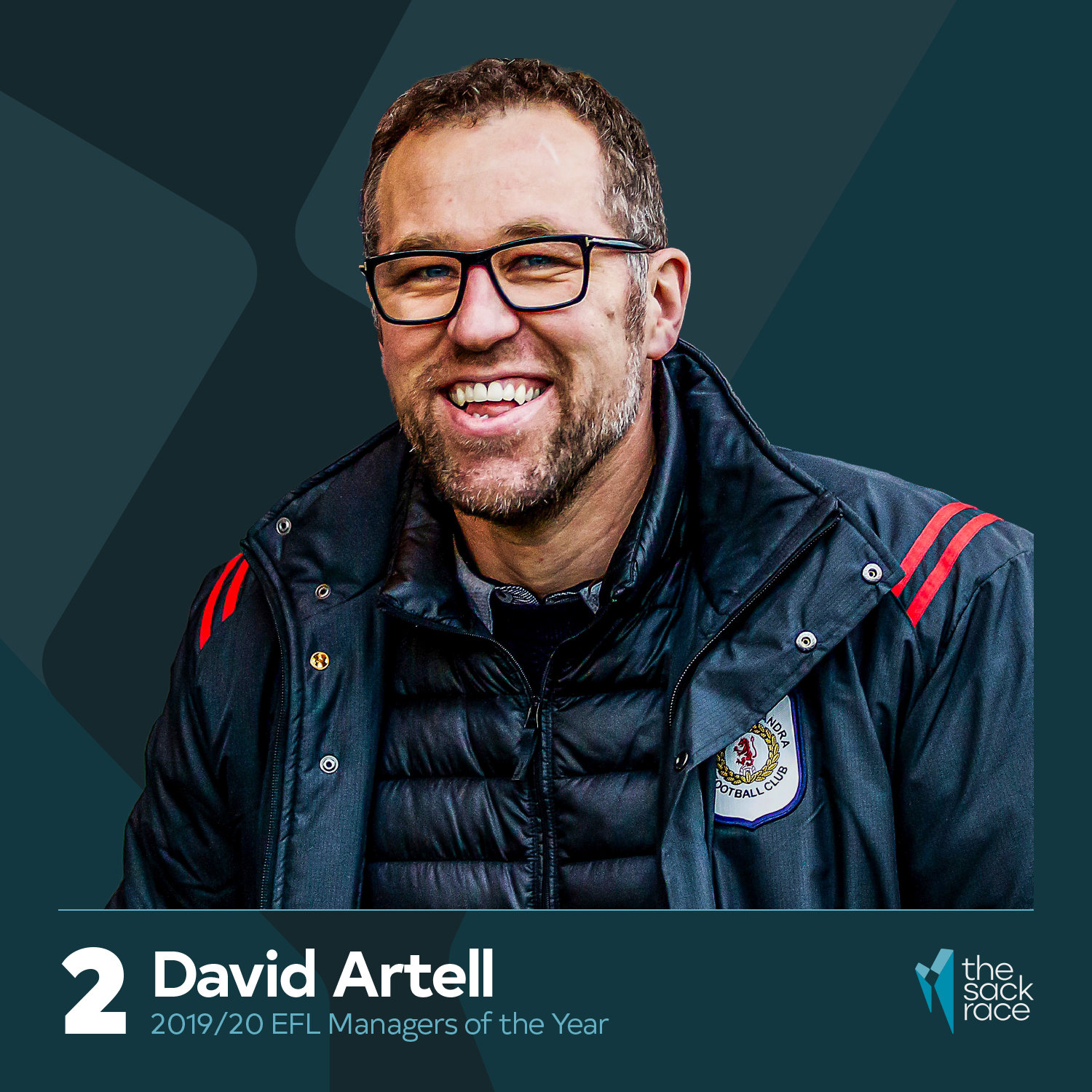 The former centre-back had quite the journey in his first senior management job with Crewe: three years of steady progression, a dream two seasons, then a final campaign that went badly wrong for all sorts of reasons.

After some time to reflect, rest and recuperate, a more ruthless, rejuvenated version of Artell is out to reclaim his status as one of the EFL’s top nurturers of domestic talent.

Why he will get the job

It’s hard to avoid the parallels between what Exeter want in a manager, and what David Artell can offer a club.

Not only has Artell either met or massively exceeded expectation in five of his six seasons at Crewe, he specializes in developing talent that should, individually, be worth multi-millions, and is capable of playing in the top two leagues of English football.

The 41-year-old did wonders for the development of George Cooper, followed by the golden generation of Perry Ng, Harry Pickering, Ryan Wintle, Tommy Lowery, Owen Dale and Charlie Kirk.

If the Alex had Exeter’s negotiation personnel in situ, they could have gained a combined £10M-20M over transfer fees, add-ons and sell-on percentages for their superb sextet.

Instead, they only got low-to-middling six-figure fees for Ng, Pickering, Dale and Kirk, while Wintle and Lowery walked out for nothing.

The questionable judgment of certain players and ethics of particular agents were considerable factors behind this huge disappointment, yet a touch more business savviness from the club might also have helped.

The theory would be, therefore, that if Exeter were to slot Artell’s proven coaching and managerial ability into a stronger, smarter operational and structural network, they would enjoy a more sustainable outcome.

If City can nurture Championship-ready and Premier League potential players through Artell’s work - highly likely, given the history of both parties - they would sell those stars on for significant fees.

This would be a means of bridging part of the financial gulf between themselves and the biggest clubs in this division.

That, in turn, would give them an opportunity to sustain themselves at this level, with the potential to push on, occasionally, when some of the big-hitters underperform.

Plus, the Grecians have a Head of Recruitment in Marcus Flitcroft, who has held the position since January 2019, and his meticulous research has led to far more hits than misses.

Take Timothee Dieng, for example: a club that employs a more surface-level recruitment process wouldn’t have touched him with a barge pole, based on his involvement in relegations with Bradford and Southend (twice).

In Exeter’s case, they were rigorous in pursuit of character references for Dieng, and they saw how his skillset – strength, size, stamina, tenacity and aptitude for a back-post header - fitted into their strategy and how he’d complement playmaker Archie Collins.

They were rewarded: the 30-year-old was Player of the Year in his first season, as the club won promotion.

By contrast, Artell didn’t have a HoR to lead the scouting process throughout his previous job, so having the reliable Flitcroft as a first port of call would significantly help streamline his work and allow him to channel much more of his energy into what he does best.

Exeter have had their joy under Matt Taylor with a 3-4-1-2: one quick forward supported by two technical, creative types.

The smart move for any incoming manager might be to maintain that template, at least this season, because it’s delivering excellent results and performances.

That’s not to say, by any means, that Artell couldn’t have success with a different system: during his successful period at Crewe, it simply would have made no sense to change from the strategy that was working.

At the same time, naturally he doesn’t have the same track record as other managers at this level – a Danny Cowley, a John Coleman, or a Darrell Clarke, for example – of proving they can make multiple formations work.

Excellent fit. Unlikely to bring in his own backroom team, so there may be the option of appointing Dan Green as an assistant or first team coach for tailored player/youth knowledge if Wayne Carlisle moves with Taylor to Rotherham.

England vs. France Bet Builder Tips: Maguire to be carded in 61/1 double

Morocco vs. Portugal Bet Builder Tips: Amrabat to rack up the tackles again in 11/1 punt