Next Cardiff City Manager Odds: 6 reasons why the Bluebirds should approach Michael Flynn 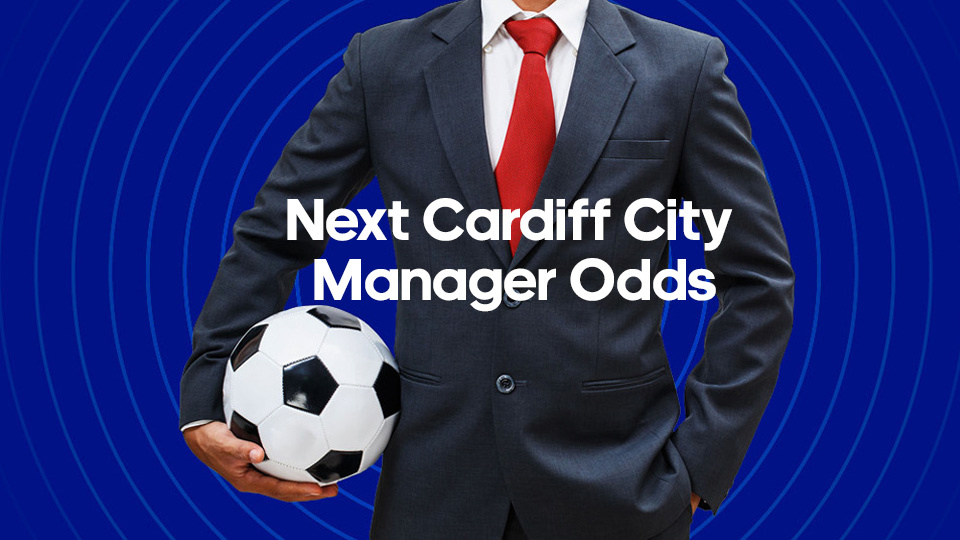 After Mark Hudson’s exit, Cardiff City are looking for a new manager.

Neil Warnock, who led the Bluebirds to promotion from this level in 2017/18, is the current favourite to take the job until the end of the season, as the club considers a short-term fix.

EFL pundit Gab Sutton, though, sees the best long-term option to be Walsall boss Michael Flynn, to whom the club have been linked for previous vacancies.

Here’s why Sutton believes Flynn to be the top candidate...

If we compare the two clubs he’s managed – Newport and Walsall - from the point at which he took charge, to a year into his reign, both times the club is far more harmonious.

The fact Flynn has gone into structures that are imperfect, and still been able to get the fanbase onside and bring everything together, is a huge tick in the box for the Cardiff vacancy.

There is a divide between the club and fans, not helped by the lack of transparency at boardroom level.

Flynn can’t be the sole solution to those issues, but he can go a long way to remedying them with his passion, determination and willingness to bring supporters on a journey with him.

In each of Flynn’s six seasons as a manager, he has met or exceeded expectation.

The Pyll-born boss was caretaker at Newport, having barely retired after injury, yet led them to the Great Escape in 2016-17.

The rookie led the Exiles to a safe midtable finish in League Two the following season, before leading them to the Play-Off Final in 2018-19, when they were defeated in extra-time by Tranmere.

County were unlucky to lose that game after such an even contest, and it was a similar story in the Play-Off Final defeat to Morecambe two years later, so the difference between Flynn and a promotion on his CV is, really, millimetres.

Once again, Flynn inherited a struggling club in Walsall, whom he kept up comfortably from a difficult position last season.

Of course, the 42-year-old has been helped by certain changes off-the-field at the Bescot Stadium, such as the takeover led by Ben Boycott of Trivela Group and the exit of Technical Director Jamie Fullarton, about whom the less said the better.

However, Flynn takes huge credit for pulling off an excellent overhaul of the squad in the summer, having taken a lead role in recruitment, and assembling a group of committed players who will battle for one another.

The Saddlers boss is working with a bigger squad than he had at Rodney Parade, but the same values apply: everyone buys into the cause, and there are no egos, and a narrow gap in quality between the players which means they rarely suffer a drop-off when one might be absent.

Flynn’s Walsall side are one of the strongest teams in League Two against the ball.

They operate with two strikers hassling and harrying, Isaac Hutchinson not far behind in the ten role, then aggressive wing-backs, and midfielders who cover all bases in front of a strong, sturdy back-three.

The way the Championship has evolved, lots of teams are trying to almost copy Swansea by playing out from the back, but not everyone has the personnel to do it effectively.

Cardiff can gain leverage, therefore, by appointing a manager who can drill a team into shape, and co-ordinate an aggressive yet intelligent pressing structure, pouncing on misplaced passes in the final third, as well as being a threat from set pieces.

Ahead of the 2022/23 season we pieced together a list of 10 managers that we wanted to see return to work during the course of the campaign. Of the 10 put forward, Carlos Corberan (West Brom), Marco Rose (RB Leipzig), Xabi Alonso…

Cardiff have performed like a reasonable Championship side this season.

The Bluebirds have conceded just 30 goals – fewer than two of the top six – and have been creating chances with the likes of Ryan Wintle, Jaden Philogene-Bidace, Callum Robinson and Callum O’Dowda looking bright and inventive.

The one thing the capital club have been missing, however, is a clinical goalscoring presence.

Flynn’s sides, meanwhile, have at their best tended to have a cutting edge up top, like target man Jamille Matt’s partnership with persistent poacher Padraig Amond, who scored 24 goals in all competitions for the Exiles in 2018-19.

County scored lots of goals that season with Matt winning a flick-on or knock-down from a cross, long throw or set piece, then Amond producing the scrappy finish.

At Walsall, Flynn has brought Matt in with the hope he can forge a similar partnership with Danny Johnson who, not dissimilarly to Amond four years ago, has scored 13 goals and is somebody the Saddlers are hoping to bring back from Mansfield.

Cardiff have in Kion Etete, on loan from Tottenham, a selfless centre-forward who may not score many himself, as he showed at Cheltenham in the second half of last season, but can facilitate the goalscoring potential in others.

If Flynn could find a strike-partner for Etete in the second half of the season, Cardiff could be onto some goals.

5. Building around a core

Cardiff are not at a stage, as a club, at which they can expect to challenge for promotion next season, if they stay up in this one.

Of course, the Championship is wide open outside the top two, so there is an outside chance they could surprise us with the right recruitment, but realistically it’s about steadying the ship over the next couple of years.

With that in mind, it could be helpful for Cardiff to appoint a manager who puts a lot of faith in players, creates an excellent culture, and is capable of gradually building something over a number of seasons with a reliable core.

Flynn can certainly get the best out of Mark Harris, having worked with the hardworking forward in his loan spell at Newport in 2018-19.

Elsewhere, few Cardiff players have made more of an impression on the local community than Mark McGuinness, who has just been recalled from his loan spell at Sheffield Wednesday.

Fellow defender, Curtis Nelson has a strong mentality, having once been Plymouth Argyle’s youngest captain since Norman Piper in 1967, while the versatile Perry Ng skippered Crewe Alexandra, too, at just 23.

Ng’s Alex teammate, Ryan Wintle, was starring for a top half League One side at the same age, while fellow midfielders Andy Rinomhota and Joe Ralls are both incredibly driven.

As such, there is potential for a strong culture in this Cardiff side with the right leadership, which Flynn can provide.

Bet £10 Get £30 In Free Bets
#AD 18+. Play Safe. New customers using Promo code R30 only, Min £10/€10 stake,  min odds 1/2, free bets paid as 3 x £10/€10, free bets credited after settlement of first qualifying bet, free bets will expire 30 days after the qualifying bet is placed, payment method/player/country restrictions apply.
Bet £10 & Get £50 in Free Bets
#AD Bet £10 & Get £50 in Free Bets for new customers at bet365. Min deposit requirement. Free Bets are paid as Bet Credits and are available for use upon settlement of bets to value of qualifying deposit. Min odds, bet and payment method exclusions apply. Returns exclude Bet Credits stake. Time limits and T&Cs apply.
Bet £10 Get £40 in Bonuses
#AD New 18+ UK customers only. Register using the promo code WELCOME40, deposit and place first bet of £10+ on Sports (cumulative Evens+) within 7 days of registration. First bet must be on Sports. £30 in Free Bets and £10 in Free Spins (50x20p) credited within 10 hours of bet settlement. Free Bet stakes are not included in any returns. Bonuses have a 7-day expiry. Payment restrictions apply. SMS verification and/or Proof of I.D and address may be required. Full T&Cs apply.

There are, still, question marks about the club, in terms of it’s direction.

There is still ambiguity over who runs the club on a day-to-day basis and, beyond knowing that Vincent Tan owns the club, information on key directorial roles is not easily publicly available, which adds to questions over transparency.

In that sense, Cardiff cannot afford to appoint somebody who might have a great reputation in the coaching/U23s scene, who might be the brightest tactician in the world, but wouldn’t know how to manage a club as well as coach a team.

Flynn has worked in a ad-hoc, slightly chaotic fan-owned setup at Newport, and has chosen more autonomy at Walsall as opposed to a director figure.

In that sense, Flynn might be better suited to a club that’s still trying to work itself out, as opposed to a club that has a visible Sporting Director, CEO, Head of Recruitment and various other roles in place.

Plus, Cardiff City fans have felt disconnected from their club, and at times disenfranchised, and progress - let alone success – remains unlikely while this is the case.

If nothing else, Flynn can bring club and fans together – and his record in League Two suggests he can achieve something beyond that, too.

Scroll down for the full next Cardiff City manager market...