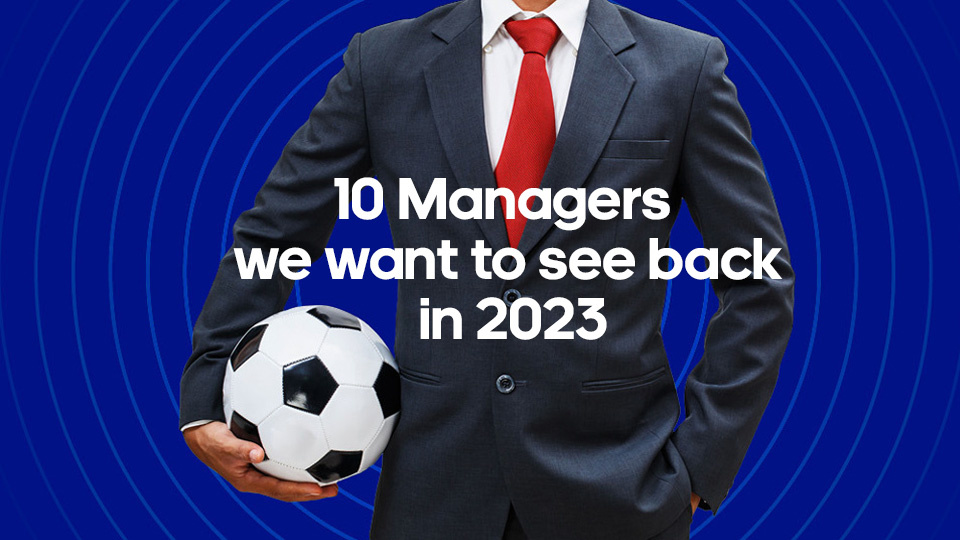 Ahead of the 2022/23 season we pieced together a list of 10 managers that we wanted to see return to work during the course of the campaign. Of the 10 put forward, Carlos Corberan (West Brom), Marco Rose (RB Leipzig), Xabi Alonso (Bayer Leverkusen), and Jorge Sampaoli (Sevilla) are back in the dugout, while Marcelino, David Artell, Ole Gunnar Solskjaer, Sean Dyche, Marcelo Bielsa, and Mauricio Pochettino are all still located in the Job Centre.

In order to avoid repetition we’ve opted to exclude those unemployed six managers from this revisited article, where we put forward a different pool of 10 managers that we hope return to the touchline at some point in 2023.

In no particular order, let's go...

Tuchel, not for the first time in his managerial career, then rediscovered what a ruthless game football can be after Chelsea's new owners wielded the axe in September. It’s a decision that appeared pretty harsh at the time and one that now looks increasingly regrettable given the club’s struggles under his replacement Graham Potter.

A manager of tremendous energy and tactical nous, Tuchel, whose name continues to be chanted by many Chelsea fans, will no doubt be top of the list for any top club that opts to change manager in the upcoming months; according to reports he has started to learn Spanish which could hint at his next destination. 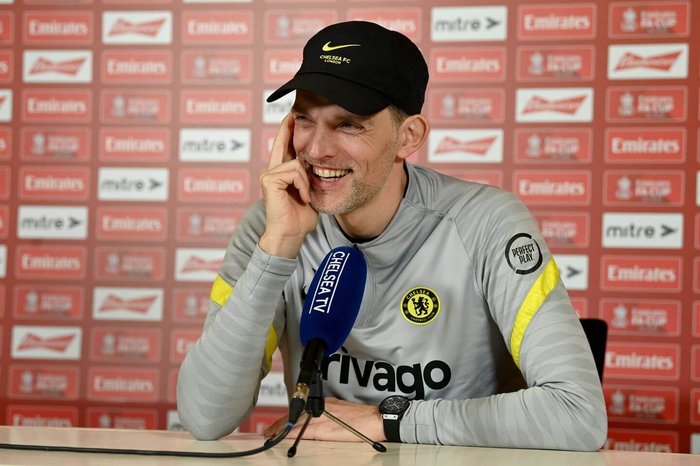 Thomas Tuchel is the first manager in Chelsea's history to win the Club World Cup. Three trophies in just over a year! 👏

Back in November, Spain were rejoicing in the buckets of praise splashed their way following the manner in which they dismantled Costa Rica 7-0 in their 2022 World Cup opener, which thrust La Roja into the conversation as serious contenders to win the golden trophy. It was therefore quite the surprise that they then failed to win another game in Qatar.

Manager Luis Enrique, who'd previously reached the Nations League final and semi-finals of Euro 2020, opted to leave his post in order to start a new project. The Spaniard is now keen to return to club level where he’s had spells at the likes of Roma, Celta Vigo and most famously Barcelona where he won the treble.

The Twitch-user, who did numerous streams during the World Cup, could well be tempted to join the ever-growing band of elite managers employed in the Premier League.

Steven Gerrard was appointed Aston Villa manager on the back of a title-winning campaign up in Scotland with Rangers. Given his profile and success north of the border, a real buzz greeted his arrival at Villa, where he inherited a talented and ambitious team in need of direction.

11 months later Gerrard was axed with a record of just 13 league wins from 40 games. Inconsistency, underwhelming displays, poor results, and an unimpressed fanbase combined to bring an end to his tenure.

Gerrard's pride will be punctured by how things turned sour at Villa, whose talented cluster of players were simply unable to gel under his tutorship. After a period of rest and reflection, the 42-year-old will be doubly determined to heal his wounds and bounce back as a boss.

It’s where he’ll return that makes for an interesting debate. He was recently linked with a move to Club Brugge - who appointed another English manager in Scott Parker - and at the time of writing is reportedly weighing up an offer from Poland.

For the first time in eight years Marcelo Gallardo is without a job. Well, if anyone deserves a breather, it’s the Argentine manager who has just completed an intense yet hugely successful near-decade-long tenure at River Plate where he won 14 trophies, including two prized Copa Libertadores.

Frequently linked with a move to Europe throughout his time at River Plate - with the likes of Barcelona and PSG - now he’s actually available for hire it will be interesting to see who Gallardo manages next. It’s fair to say his signature will be in demand. 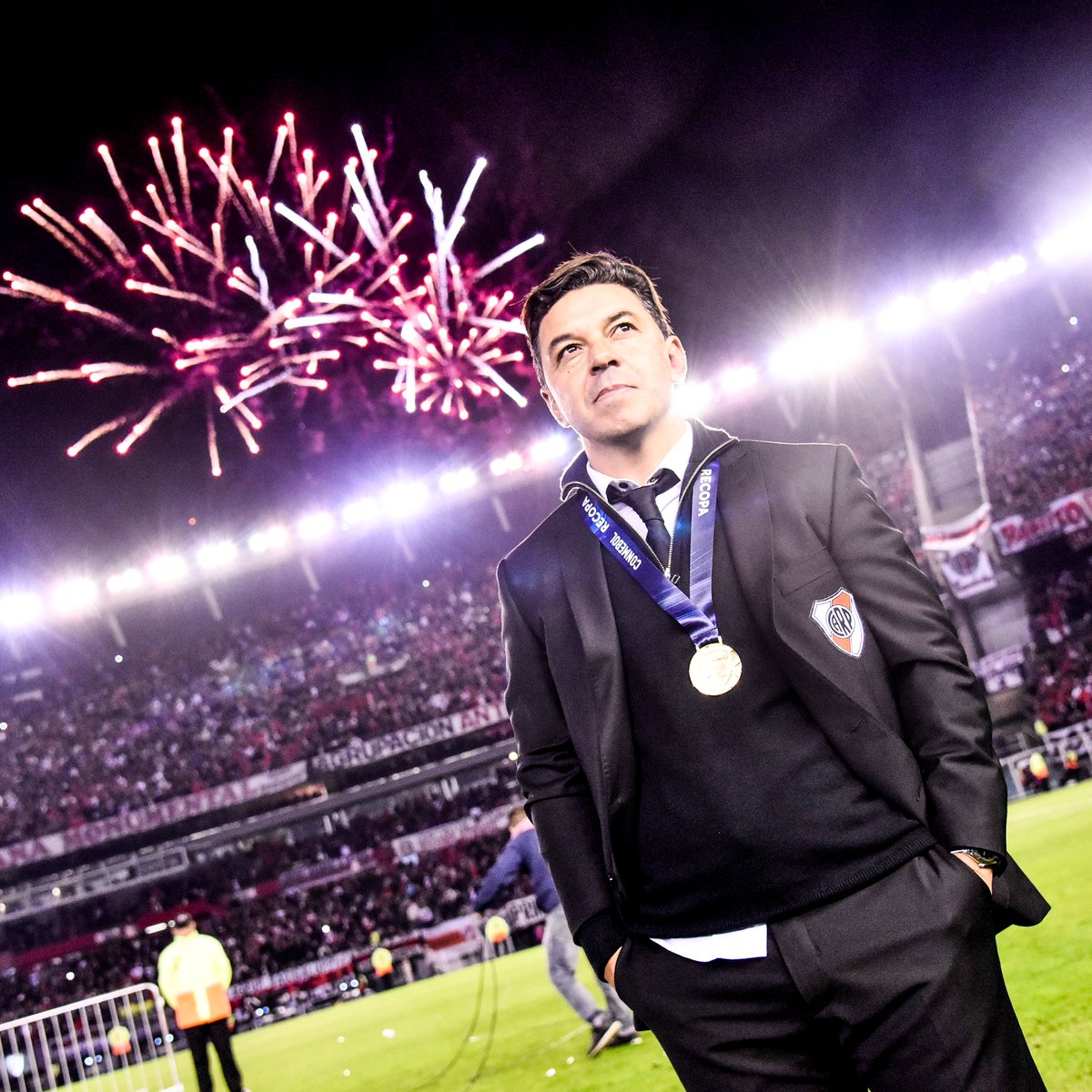 Speaking of signatures, Liam Manning's was widely sought-after during the 2021/22 close season following an excellent debut campaign at MK Dons.

Manning completely transformed a club that had finished 13th in 2020/21, catapulting The Dons to within a whisker of promotion to the Championship; agonisingly missing out on an automatic spot by one point on the final day of the season despite a 5-0 hammering of Plymouth in Devon.

This season, MK Dons swapped the promotion race for a relegation scrap. Manning couldn't halt the slump and was sacked a couple of weeks before Christmas in what was a disappointing end to a spell which started with so much promise. He certainly wasn't helped by the departure of 14 players in the summer including star man Scott Twine.

However, Manning, who previously managed in Belgium with Lommel SK, has shown what a talented tactician he can be and will have learned a lot about himself as a manager over the last 16 months. Expect a swift return to the dugout.

Staying aboard the EFL manager merry-go-round, next up we have Leam Richardson who lost his job at Wigan in November.

The Latics were 23rd in the Championship after a slow start upon their return to the division in the summer. Yet, this is a manager who deserved more time from a hierarchy that showcased a lack of loyalty.

Richardson had so impressively steered the ship in stormy waters when the club was in administration, then propelled the Latics to the League One title in his first full season in charge, and was awarded with a brand new three-year deal in October, only to be rashly and harshly sacked two weeks later.

Richardson's replacement, Kolo Toure, has yet to win a single game since replacing him.

Zinédine Zidane has been hotly linked to the France job for years. With Didier Deschamps’ contract expiring after the 2022 World Cup, Zidane was widely expected to replace his former teammate at the helm of Les Bleus. However, if he wants to manage his country he’s now likely to have to wait a while after Deschamps penned a new four-year deal.

Should he still have his sights on the international arena, the Brazil job is up for grabs.

Could Zidane instead now favour a return to club level? The decorated Frenchman has had two spells in charge of Real Madrid, where he won 11 trophies including three consecutive Champions League triumphs.

In truth, if the 50-year-old does ever decide to take up another job, it’s likely to be back at the Bernabeu, although PSG and Juventus will also be in the conversation.

At their peak, Ralph Hasenhuttl’s Southampton could be a red-and-white blizzard of aggressive, high-pressing, and high-octane football that whipped up notable wins over the likes of Man City, Liverpool, Chelsea, Arsenal, and Tottenham during his tenure. At one point early on in the 2020/21 season he even had his troops top of the league.

Yet, there were also some devastating lows. The Saints lost 9-0 not once, but twice, and come Hasenhuttl’s departure in November the south coast side had claimed just four wins from their previous 25 league games, losing 17.

An energetic and emotional ball of energy, we hope this isn’t the last we’ve seen of the affable Austrian, who previously hinted he would retire in 2024.

If you’re after some blockbuster entertainment then Gerardo Seoane is your man. Throughout his 15 months in charge of Bayer Leverkusen his side became synonymous with a glut of goals, at both ends of the pitch. From thrashing Greuther Furth 7-1, turning over Borussia Dortmund 5-2 at the Signal Iduna Park, and spanking Real Betis, Celtic and Borussia Monchengladbach 4-0, to a thrilling 4-3 defeat to Dortmund and 5-1 loss at the hands of Bayern Munich.

In his one and only full season. Seoane’s Leverkusen thumped in 80 goals en route to finishing third and qualifying for the Champions League. A 2-0 win over Atletico Madrid in Europe'e elite competition was the only highlight of what was otherwise a rotten start to the current campaign, resulting in the sack in October.

Silverware has eluded the Dutchman at these four clubs, but he did lead Ajax to a Europa League final and agonisingly missed out on the league title by a point, while he had to settle for a German Cup runners-up medal with Leverkusen.

Bosz employs a brand of aggressive, press-heavy, attack-minded football with goals on the menu. "I have a philosophy of offensive play, of attractive football," he’s said in the past. “Because we play for the fans and not for ourselves. It is not easy, but it is possible to play beautiful attacking football and win titles."

It doesn’t always work and at times can be akin to jumping on a rollercoaster blindfolded, but it’s usually pretty entertaining nonetheless.

Bosz was hotly linked with Wolves and Rangers after leaving Lyon in October, but nothing came to fruition.

Premier League Odds
Bet £20 & Get It Back As Cash If It Loses
#AD New customers only. Place your FIRST bet on any market at odds of min 2.0 (EVS) and if it loses we will refund your stake in CASH. Max refund for this offer is £20. Only deposits made using cards will qualify for this promotion. T&Cs apply, 18+ begambleaware.org
Bet £10 Get £40 in Bonuses
#AD New 18+ UK customers only. Register using the promo code WELCOME40, deposit and place first bet of £10+ on Sports (cumulative Evens+) within 7 days of registration. First bet must be on Sports. £30 in Free Bets and £10 in Free Spins (50x20p) credited within 10 hours of bet settlement. Free Bet stakes are not included in any returns. Bonuses have a 7-day expiry. Payment restrictions apply. SMS verification and/or Proof of I.D and address may be required. Full T&Cs apply.
Money back As A Bonus Up To £40 If Your First Bet Loses + £10 Casino
#AD 18+ begambleaware.org. New customers only. Min deposit £10. Money back as bonus if first sports bet loses. Wagering requirements: sportsbook 3x at min. odds of 1.40 (2/5), casino 50x. Unless forfeited the sportsbook bonus must be wagered before using the casino bonus. Bonus expires 7 days after opt-in. Visit Unibet.co.uk for full T&C's.
Bet £10 Get £30 In Free Bets + 100 Free Spins
#AD 18+ New customers only. Opt in, bet £10 at odds 2.00+ within 7 days, no cashout. Get 3x £10 Free Bets, set events at odds 2.00+. Plus 100 Free Spins on Big Bass Bonanza, no wagering. Free Bets and Spins expire in 7 days. Card payments only. T&Cs apply. Please gamble responsibly.