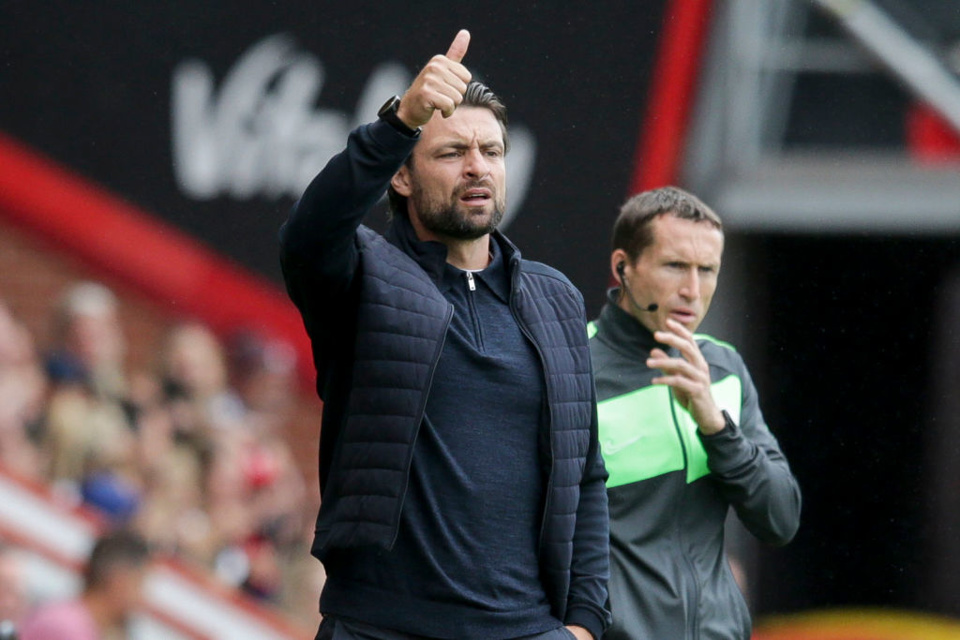 It’s not often you see a managerial change in the week leading up to a new season, but that is exactly what’s happened in the Football League ahead of the big kick-off this weekend.

Swansea City saw Steve Cooper depart last month after securing back-to-back play-off finishes, then after a topsy-turvy 11-day managerial search they were able to secure the services of Russell Martin on a three-year deal.

No strangers to employing highly-rated young coaches - Cooper, Graham Potter, and Brendan Rodgers to mention a few - the Swans will hope they have recruited a managerial gem in Martin who impressed in his first job at MK Dons.

Appointed manager in November 2019 following the exit of Paul Tisdale, the then 33-year-old Martin steered the club from 21st to safety during the curtailed 2019/20 League One season.

Martin breathed a new lease of life into the team, created an identity, and inspired the club to a 13th-placed finish last term; within nine points of the play-offs. They accumulated an EFL-high 60.3% possession, while fans won’t forget the extraordinary 56 pass goal against Gillingham, which set a new British record for consecutive passes leading to a goal (since records began) - see below.

The Russell Martin era is underway at Swansea City 🦢

This is what you have to look forward to Swans fans.

Last season, MK Dons set a British record for the most passes leading to a goal with 56 👇

Speaking for the first time as Swansea head coach, Martin revealed his determination to implement his attractive, expansive, possession-based approach in his new surroundings at the Liberty Stadium.

“I know the fanbase and what they expect in terms of the modern Swansea Way, that started under Roberto Martinez and continued under Brendan Rodgers and Michael Laudrup and people like that,” Martin told Swansea’s official website.

“I am familiar with that, and I played against most of those teams throughout the years and we, as a coaching team, are very much aligned with that. It excites me.

“We really believe in it, and I hope that is an immediate connection and something we can enjoy. There is a lot of work to be done, but I feel immensely excited.

“I spoke to Graham, and he spoke so highly of the club, of the people and of the area. He spoke about his connection with the fans and the staff who worked here.

“My mind was already made up to come here, but to hear that was nice and reassuring and gave me a lot of confidence that this is the right place to move forward and progress.

New Swansea manager Russell Martin on the sort of team he wants to create... 👨‍🏫

“I am looking forward to hopefully giving the fans a team they feel really connected with, that is strong in the Swansea Way, because there is no doubt the supporters and club are connected to a certain way of doing things.

“I am looking forward to giving them a team that excites them, that they enjoy. I want to watch our team from the side of the pitch and enjoy it, otherwise what’s the point?

“I don’t want to be involved in anything that I don’t enjoy, and that includes watching our own team.

“I want to give the fans a team they can be proud of and identify with. A team that looks the same everywhere we go, be it at the Liberty Stadium or away from home. It will be a team that gives them everything they have got.”

More specifically on his brand of football, Martin said:

"We’ll try and control as much of the game as possible, and dominate the ball. It’s with a purpose. To maximise time and potential. If we have the ball you have the chance of stopping the other team from scoring and a chance of scoring yourself.

"It’s going to take time. There might be a bit of short-term pain to achieve what we want to achieve. I’m aware there’s a balance to be had about bringing an identity but we need results as well. We aren’t going to compromise anything, it’s really important to us."

You can watch Martin’s first full interview below...