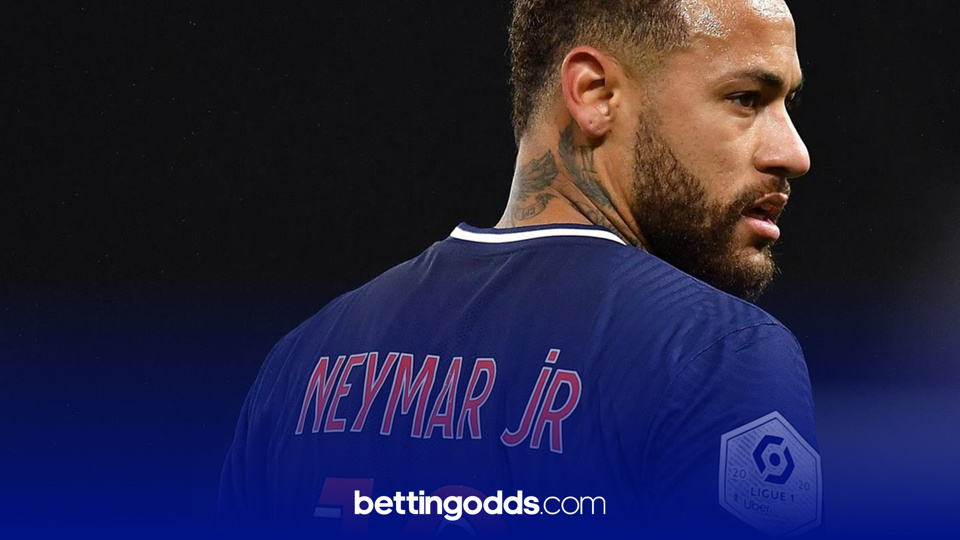 With a spot in the final within their grasp, Manchester City lock horns with PSG for the second leg of the Champions League semi-final at the Etihad this evening.

Amid all their domestic glory, the Champions League trophy is the only thing that has evaded both these sides despite being at the top of their wishlists. The game is nicely poised coming into the second leg, however, Pep Guardiola’s side the advantage having come from a goal down at the Le Parc des Princes as goals from Kevin De Bruyne and a Riyad Mahrez freekick cancelled out Marquinhos first half header.

Price wise, the bookmakers fancy the hosts to complete the task at hand and reach their first UCL. Priced at around 3/5 the bookies have given them an expected chance of victory of 63%, which looks spot on given the fact that the Citizens have won 65% of their games when priced accordingly.

As was the case in the first leg, Guardiola has almost everyone fit and available for this pivotal clash. Ruben Dias, Ilkay Gundogan and Bernardo Silva should return to the starting XI having all been rested for City’s trip to Selhurst Park. Kevin De Bruyne will slot back in the false nine spot, flanked by Phil Foden and Riyad Mahrez in a 4-3-3 formation.

As for the visitors, Mauricio Pochettino is confident that Mbappe will recover from a calf issue despite the fact that the Frenchman did not even make the bench at the weekend. If he cannot feature from the off here Mauro Icardi should get the nod in attack. Elsewhere, Angel Di Maria and Marco Verratti will return to the Les Parisiens midfield having not featured at all at the weekend.

At 5/1 with Bet365, Kyle Walker’s price for a card certainly takes appeal here, especially considering that he is as short as 21/10 elsewhere! City’s right back has not notched up a lot of cards this campaign - five in 45 games for club and country - but he has been known to get one on the big occasion. Last campaign he was booked in the semi-final of the EFL Cup and the year before he was carded in the semi-final of the World Cup and FA Cup.

It is also worth noting Walker will once again be tasked with containing the mercurial Neymar. The Brazilian has won a total of 40 free kicks in the UCL this season, this is the largest total by some distance as well with the second biggest total being 24! In the first leg, Walker committed three fouls - the second highest total of any player to play that day - all of which somehow went unpunished. However, I do not think he will be as fortunate tonight.

Phil Foden has had to bide his time at City but is finally reaping the rewards. Since Man City’s 5-2 victory over Southampton, Foden has made 14 appearances for club and country during which time he has accumulated 31 shots - 52% on target - as he has registered a shot on target in ten of those games!

In the Champions League this season, he has averaged 2.6 shots and 1.32 shots on target per 90 minutes played and has only failed to hit the target in one of the ten games he has started! In the first leg, all three of his three attempts tested the keeper.

This campaign Angel Di Maria has averaged 2.1 shots per game- in Ligue One and the UCL- and 0.73 shots on target per 90. In his last ten starts, he has racked up 20 shots as he has had at least one shot in each of those games and registered a shot on target in half which includes last week's first-leg clash.

Björn Kuipers has the whistle for this one, the Dutch referee has averaged just 2.88 cards per game in the Champions League this campaign. However, throughout his career he has overseen 20 UCL knockout fixtures during which time he has brandished 98 cards- an average of 4.9 per game - which illustrates the fact that the occasion can sometimes get the better of him.

Using Bet365’s ‘Bet Builder’ you can combine Walker and Neymar both to be booked at odds of 18/1. PSG’s star man was booked last week as the game entered its closing stages, PSG were trialing and Neymar started to lose his head, as is often the case.

The campaign the Brazilian has seven yellows and two red cards to his name as he has been disciplined for simulation, time wasting and fouling. In seasons gone by he has even been booked for showboating, highlighting the fact that his gamesmanship knows no bounds.

Early this week he was quoted saying the following; “I will give the best of myself and I will do anything to bring this back no matter what, even if I have to die on the pitch.” So prepare yourself for a box office showing from PSG’s number ten.

get offer get offer
#AD If your player is substituted before half-time we will return your stake as Bet Credits on selected markets. Only available to new and eligible customers. Bet restrictions and T&Cs apply. 18+ begambleaware.org
Free betting offers