It’s the time of year that gets many people excited for the dark evenings, cold nights and plenty of free time. We’re of course talking about the upcoming release of Football Manager 2022. This year’s FM will have plenty of new features, including the eagerly anticipated Data Hub. But as ever, Football Manager fanatics will be looking for the best deals and the cheapest wonderkids to lead them to glory, and following on from our look at the best clubs to take charge of article, The Sack Race have taken a look into the best free agents to get your save started.

The basis of having a solid team starts from the back, which is where we start our look today! We’ve picked out two free agents with different potential options for you. Willy Caballero finds himself as a free agent at the grand old age of 40, but don’t let that number fool you. Caballero could be perfect for a leading Championship side, or a relegation candidate in the Premier League. His age and experience would provide the perfect backup, whilst being able to fill in during cup runs could provide much needed rest for a budding goalkeeper.

Our next goalkeeper comes in the form of Loic Badiashile. Badiashile started his career at Monaco, making his first team debut at the age of 18 in the Champions League. Since then his career has somewhat stalled with unsuccessful loan moves to Rennes, Cercle Brugge and Las Rozas, but there is still enough potential in there to provide you with a solid keeper for five years or more.

Where else to start but the legendary Dani Alves? The footballer who has won the most trophies in history finds himself as a free agent this season. His wages may still prove to be eye-watering, but you have to think he would be a solid choice at RB for a mid-table Premier League club at least.

Moving to the middle, we’re taking a look at Sidnei and Joris Gnangon. Having played for a number of decent European teams, Sidnei finds himself released following a three-year spell with Real Betis (Real Hispalis). Still only 32, he could provide the perfect centre-back option to help with a younger squad, although he may go against your club’s philosophy of not signing players over the age of 30.

Gnangon on the other hand finds himself without a club due to ‘lack of professionalism’ at Sevilla. Having played for Rennes most of his career, Gnangon has made appearances for France’s u20 and u21 sides, and still has the raw ability to solidify your back-line, if you can keep him under control!

Finally at left-back, we’ve another stalwart of European football in Kwadwo Asamoah. Asamoah may command a slightly lower wage than the likes of Dani Alves, but his mental and technical attributes are ones that would be welcome at most mid-table top-tier sides. 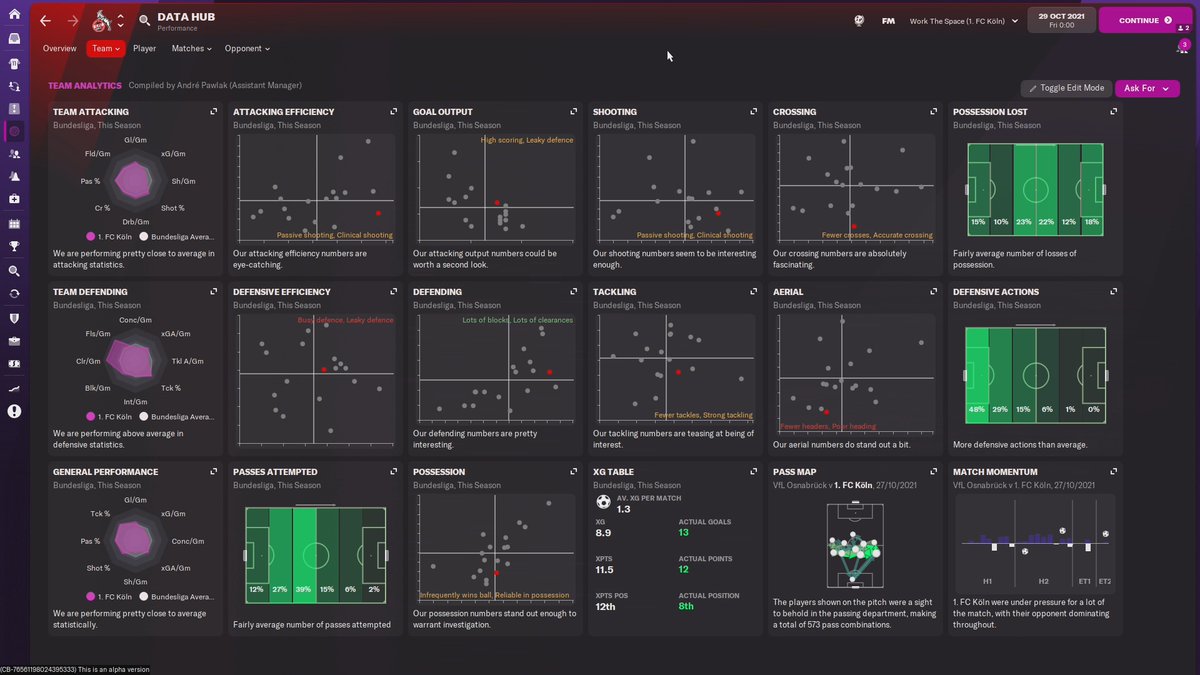 The Data Hub is a pretty big addition to #FM22 📊

Here are some screenshots showing what's possible. The Team Analytics page is completely customisable with the graphics and charts you want.📌 https://t.co/QxjClZdGNf

There’s such a wide-range of positions in FM these days, that we’ve decided to stick to central players, who come under the brackets of DM, CM and AM. Starting in defensive midfield, Jack Rodwell is somehow still only 30 despite having been around forever. After a sensational start to his career, Rodwell has drifted away, but a club looking to be promoted from League One could provide the perfect opportunity for him to shine. In central midfield we have four options.

Jack Wilshere, a man who needs no introduction, just a chance to put injuries behind him, and surely boost most midfields in the game. Paulinho is seen as more of a big-name attraction, with possibly big wages. But for a side on the up, could provide the flair and star power needed to help.

Nabil Bentaleb is a surprising free transfer, finding himself unattached after a stop-start time at Schalke. Still playing for the Algerian national team, he has the quality and know-how to raise a club’s quality. Finally in central midfield, we have Clement Grenier. An icon in FM, his technical ability needs no introduction, he would be best partnered with a workhorse type midfielder, allowing him to flourish.

Prepare yourself for some of these names in attacking midfield. Sebastian Giovinco, Hatem Ben Arfa, Giovani Dos Santos and Iago Falque. Take charge of a Premier League side, and let these diminutive, slight, fantastic flair players lead the way. Looking for a bit of pizzazz in your team? Look no further…

Finally we come to the top end of the pitch, combining wingers and centre forwards. Starting on the right wing, we’ve a number of options.

Jordon Ibe and Nathaniel Mendez-Laing provide solid options out wide for any Championship teams looking to push their way up. Their pace and power, mixed with flair, can cause problems for any left-back.

Over on the left-wing, Diego Perotti is a name for those with an interest in European football. Having played for Sevilla, Genoa, Roma and most recently Fenerbahce, his experience would be a welcomed addition to any squad. Josh Sims is a terrific option for any lower league club. Still just 24, he seems to be calling out for stability in his career, and could easily be a solid option on the left for five or more years in Leagues One or Two.

Finally, we come to the strikers. You may have some trouble paying his wages or convincing him to not kick off, but Carlos Tevez could very well be crying out for one last swansong in European football’s top leagues.The same can be said for Fernando Llorente, who’s ability as a Target Man could be perfect for cup runs, or if you need a plan B off the bench.

Finally, we come to two superstars of the game. Andy Carroll, does much more need to be said? 4-4-2, Mike Bassett’s wet dream with big Andy banging them in up top. You know it makes sense. If not Andy Carroll, then Hal Robson-Kanu proved that playing in the Championship last season, he still has more than enough to do a job for the likes of Middlesbrough etc.