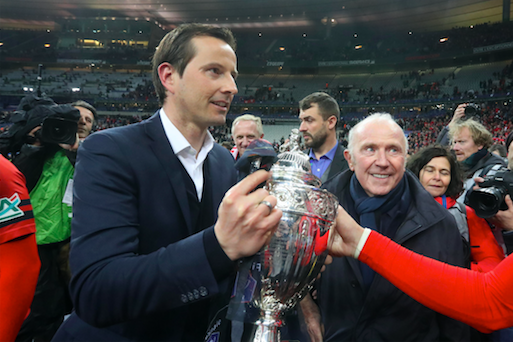 We now venture onto manager no.4 in our five-part series looking at European bosses exceeding expectations this season. It’s time for the spotlight to shine on Ligue 1, which is home to a talented young manager at the helm of an attack-minded Racing Club de Strasbourg Alsace, who are on course for their best league season in decades…

Fans of French football will already be well aware of Julien Stephan, who at 41 is widely viewed as one of the brightest managerial talents in his homeland.

Stephan is from a footballing family, his father Guy is assistant to France manager Didier Deschamps while his brother Guillaume was a footballer too. But while Stephan’s own career was pretty average, he has enjoyed a spectacular start to life in the dugout.

Appointed at Rennes in December 2018, within 18 months the club’s former reserve and youth team boss had led the senior side into their first ever European knockout round, won their first trophy in 48 years after stunning Thomas Tuchel’s PSG, then oversaw their highest Ligue 1 finish (3rd) and a historic qualification into the Champions League.

Stephan struggled to replicate Rennes fine form during the 2020/21 season but it still came as a huge surprise when he quit his post last March. “I leave Rennes with a heavy heart but with the feeling to have always given the best of myself for the good of the club,” he explained. “This decision, difficult to take, was deeply thought through. I feel that I have done everything that I could.”

Rennes' loss was Strasbourg’s gain. The 41-year-old returned to management with the latter in July and is now working his magic in Alsace, where he’s spearheading an impressive push for a Champions League spot. 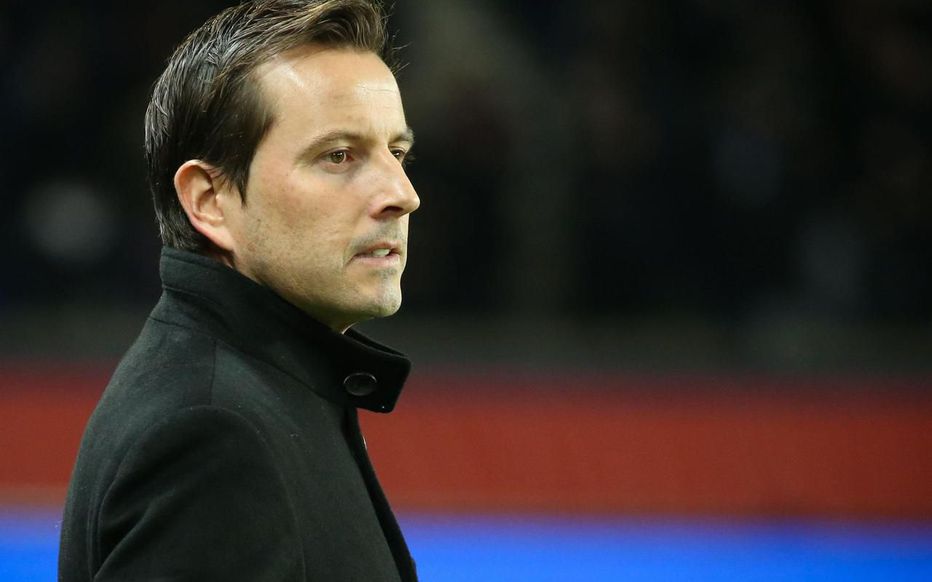 Appointed with club in 14th.

Upon his appointment, Stephan said:

"The expectations here are high. There is a lot of passion, a lot of fervour, and that's something I find very exciting. I feel very fortunate to be the coach of RC Strasbourg today.

"I think that many coaches would like to be in my place. I find that there is a lot of humility here and the ambition to progress, but to do things in the right order.

"This is something that I liked and that motivated me. When you have the chance to work in an environment like this, I think you have to seize the opportunity and I am very happy to have done so." (quote via Ligue1.com)

Stephan stated his ambition was to “continue to progress” and the club's elevation under his leadership has been ultra impressive: 21 league games into his tenure he has Strasbourg soaring up in 4th, two points off Marseille in 3rd and four points off 2nd-placed Nice. They’ve won their last three games on the spin, have accrued five wins in six matches, and have only been beaten once since October.

This is, after all, a side that only secured their Ligue 1 status on the final day of last season (15th) with 42 points and 11 wins. After swapping former cup winning boss Thierry Laurey for Stephan in the summer they have already stamped 35 points and 10 wins on the board, and there are still 17 games left to play.

To put their current standing into a wider context.

At this point in the season, 4th spot represents their best position this century (1997).

Stephan has developed into a modern, forward-thinking and ambitious young coach known for his tactical flexibility, man-management, and organisation. Let’s not forget his ability to pump up the dressing room too; he memorably inspired a stunning comeback from two goals down to beat PSG in the 2019 Coupe de France final.

Considering he has just three years of managerial experience under his belt, Stephan has already achieved a lot, while he’s managed some pretty impressive talents.

As for Strasbourg, he has developed a team with an impressive attacking output. They’ve already found the back of the next 41 times in Ligue 1 so far this season, second only to PSG who despite their outrageous roster of attacking talent - Lionel Messi, Neymar and Kylian Mbappé etc - have only scored one more goal.

Three of Stasbourg's players feature in the top-12 of the goalscoring charts: Ludovic Ajorque has hit double figures (10), followed by Habib Diallo (8) and Adrien Thomasson (7).

Stephan favours a 3-5-2 system, and looks to confuse the opposition through various passing-patterns of play: “From the start we have been working a lot on various passing circuits, with a lot of combinations in the axis, and many crosses often played,” Strasbourg's six-goal striker Kevin Gameiro told L’Equipe. “This way, we are unpredictable for our opponents.” 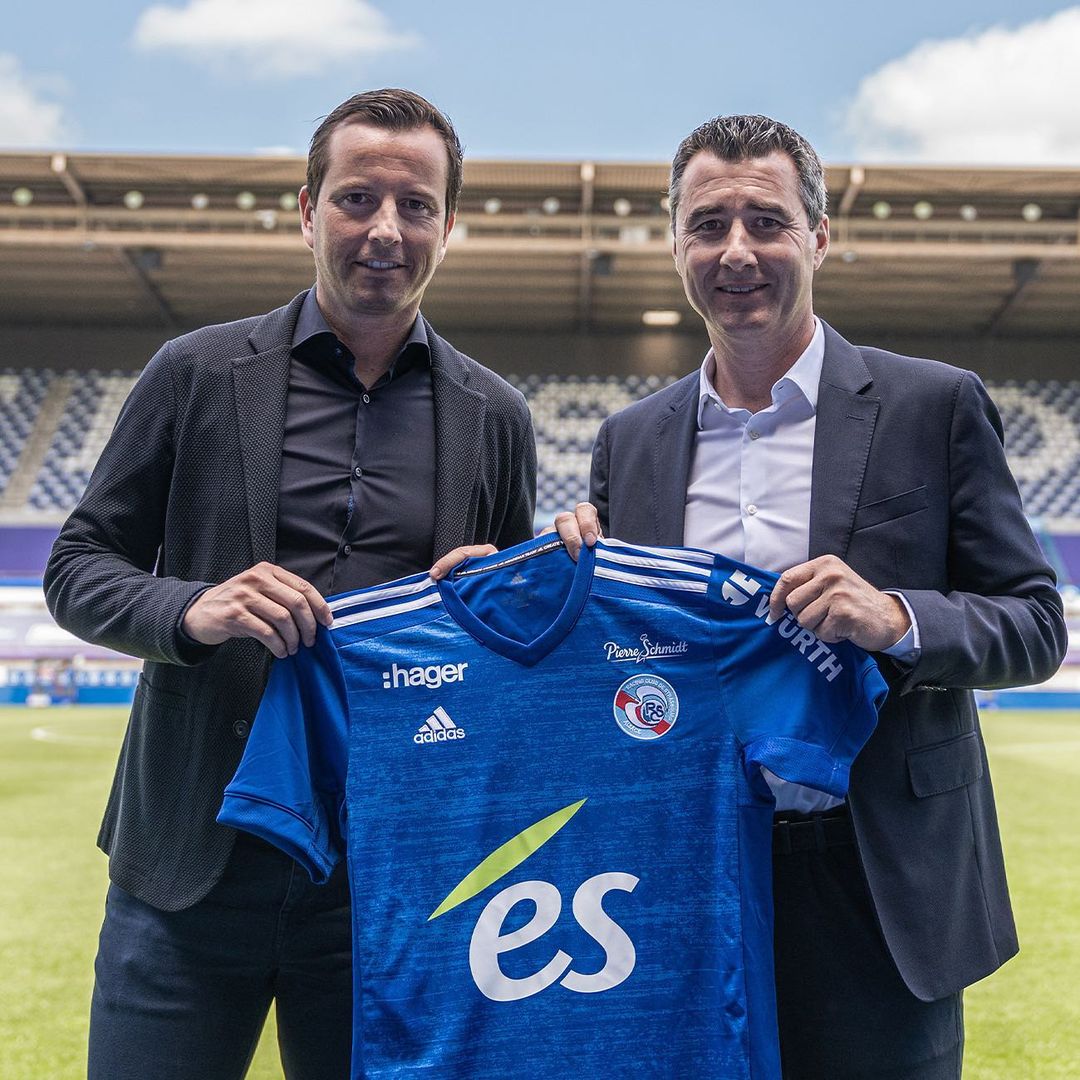 👀 There's a new face at @RCSA as the eastern club have named Julien Stéphan their new manager! 🔵⚪ https://t.co/BH6cYZUuZP

Strasbourg can still be backed at 22/1 (William Hill) to achieve an outstanding top-three finish in Stephan’s first season in charge, while they are available 150/1 (Bet Victor) in the betting without PSG: a juicy bet considering their scorching form and the fact they are only five points off Nice (2nd) - managed by last season's Ligue 1 winner Christophe Galtier - who they pummelled 3-0 away last month.