Who will be the first English manager to win the Premier League?

36 English managers have won 58 top-flight titles between them in England, yet none have got their hands on the Premier League trophy. Not a single one.

Howard Wilkinson was the last Englishman to top the pile with Leeds back in 1991/92, the season before the Premier League exploded into action.

Four Italians have since struck gold in the Premier League era, as have a couple of Scots, plus a Spaniard, German, Frenchman, Portuguese, and even a Chilean. But the English are nowhere to be seen.

In the inaugural Premier League season Ron Atkinson’s Aston Villa finished 2nd, the same standing as Kevin Keegan’s Newcastle in back-to-back seasons in 1996 and 1997. No one else has come close.

The narrative is unlikely to change this term - afterall, there’s only four permanent Englishman employed in the Premier League - but what about in the future: how far away are we from seeing an English manager conjure up a title challenge, let alone win it?

Well, Sky Bet have priced up a ‘First English Manager To Win Premier League’ market, which we’ve taken a closer look at below…

Steven Gerrard already has a British top-flight title triumph stamped at the top of his managerial CV after his Rangers side ended Celtic’s nine-year dominance last season.

Gerrard has just made the decision to move back down to England with Aston Villa, where he's replaced Dean Smith, and he's been installed as the 6/1 favourite to be the first of his countrymen/women to win the Premier League.

It will be interesting to see how he gets on in his new post. It's a big job at a big club but he definitely has the potentially to thrive.

Gerrard is widely expected to become Liverpool manager sometime in the future. It’s not a given of course but when Jurgen Klopp eventually decides to leave Anfield it's Gerrard who is more than likely to be the boss to fill the German’s big shoes.

If, or when, the time comes for a sensational return as manager, Gerrard will be tasked with leading his beloved Reds to glory. 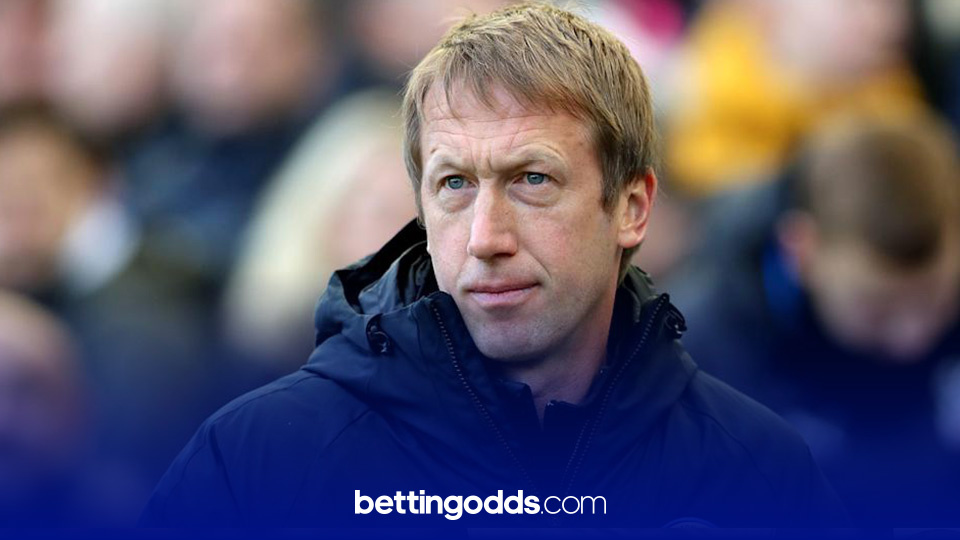 An intelligent, progressive, and tactically versatile manager, Graham Potter has done his burgeoning reputation absolutely no harm this season.

The Brighton boss gains new admirers by the week, none more so than last weekend when his side conjured up an inspirational comeback against Jurgen Klopp’s Liverpool - a game they should perhaps have even won.

Potter’s story is different. He ventured over to Jämtland County in Sweden, where he completely transformed the fortunes of Ostersunds FK; taking the club from the fourth-tier to the top-tier and off into Europe, he also won silverware in the form of the Swedish Cup. Potter then returned to England with Swansea, and a season later was propelled into the Premier League after he caught the eye of Brighton.

Now, it’s probably fair to assume that Potter won’t be leading Brighton to the title - 500/1 for anyone interested - but while he’s stayed loyal to the Seagulls amidst reported interest from Tottenham and Newcastle, he could well be swayed by a switch in the future.

Who knows, there could be an opening at Man Utd in the summer - or even before that - with Potter a 40/1 shot to replace Ole Gunnar Solskjaer, while it won’t come as a surprise to see him in the conversation for the Man City, Liverpool, Arsenal, or Chelsea posts, as and when they open up in the future.

"Newcastle United deserves to be top of the Premier League. We want to get there. It will take time, but we will get there," Amanda Staveley boldly stated last month.

Eddie Howe has now been tasked with overseeing the new revolution, meaning his odds have been cut from 25/1 to 14/1 to become the first English manager to win the Premier League.

Firstly, his immediate task will be keeping the Toon in the Premier League. Secondly, he needs to hold onto the job. Thirdly, he needs to mount a title challenge. You get the point.

There’s a lot of ifs and buts, however if the pieces fall into place further down the line then Newcastle - along with their buckets of billions - could have hit the jackpot with Howe. 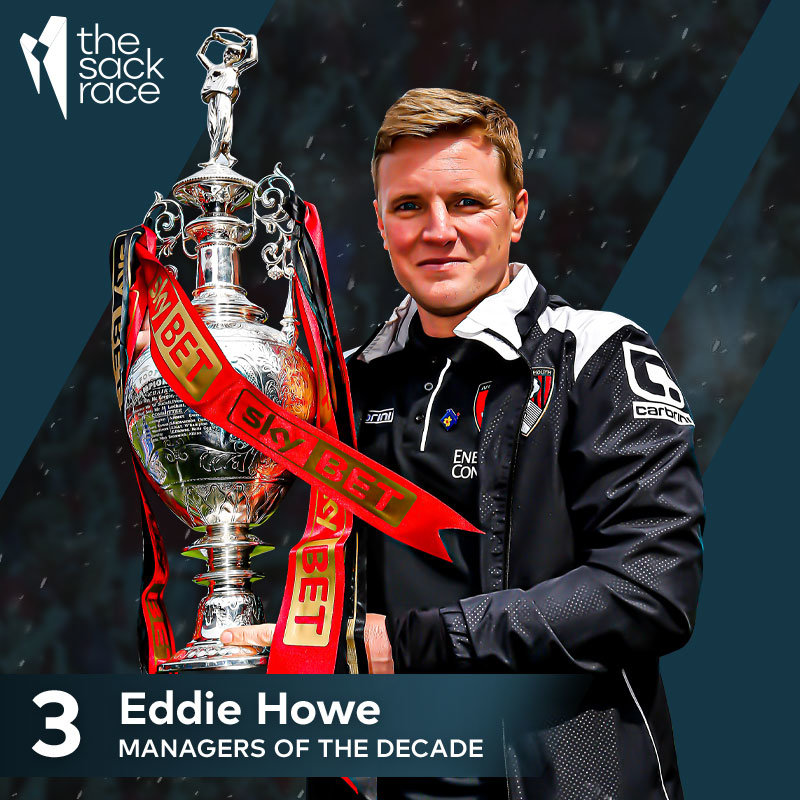 Looked the best bet to crack the code after he was handed the Chelsea job. Frank Lampard impressed in his first season but then made way for elite coach Thomas Tuchel mid-way through his second. It felt a little bit harsh on Lampard at the time, but it’s ultimately proved to be the correct decision for the Blues, who are brilliant under his replacement.

Who knows where, when, or even if Lampard will return to management. It’s extremely likely that he will of course, although it’s unlikely he will return to a club challenging for the title. However, he’s only 43 and has plenty of time ahead of him. 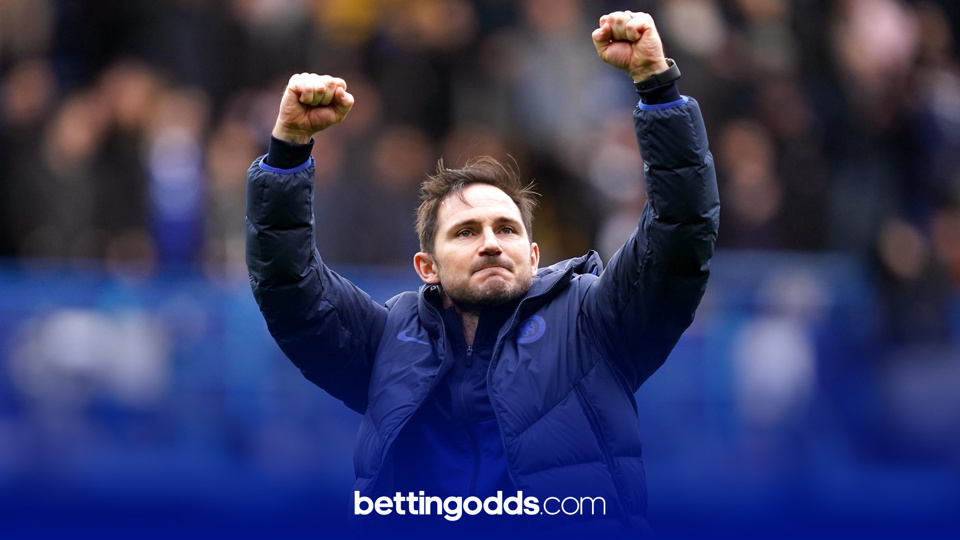 Gareth Southgate has made a habbit of proving people wrong since taking up the England job in 2016, since which he's overseen a World Cup semi-final, a Nations League semi-final, and most recently the Euro’s final.

2022 World Cup glory is now firmly in his sights.

We’ll have to wait and see if Southgate prolongs his stay in the Lions’ Den, or instead looks to a return to club management. He didn’t fare too well in his only other spell in the Premier League - he was relegated with Middlesbrough - but he’s now a completely different manager to the fresh-faced novice he was back then.

We could even see Southgate utilise his excellent leadership and public speaking skills by venturing into politics... 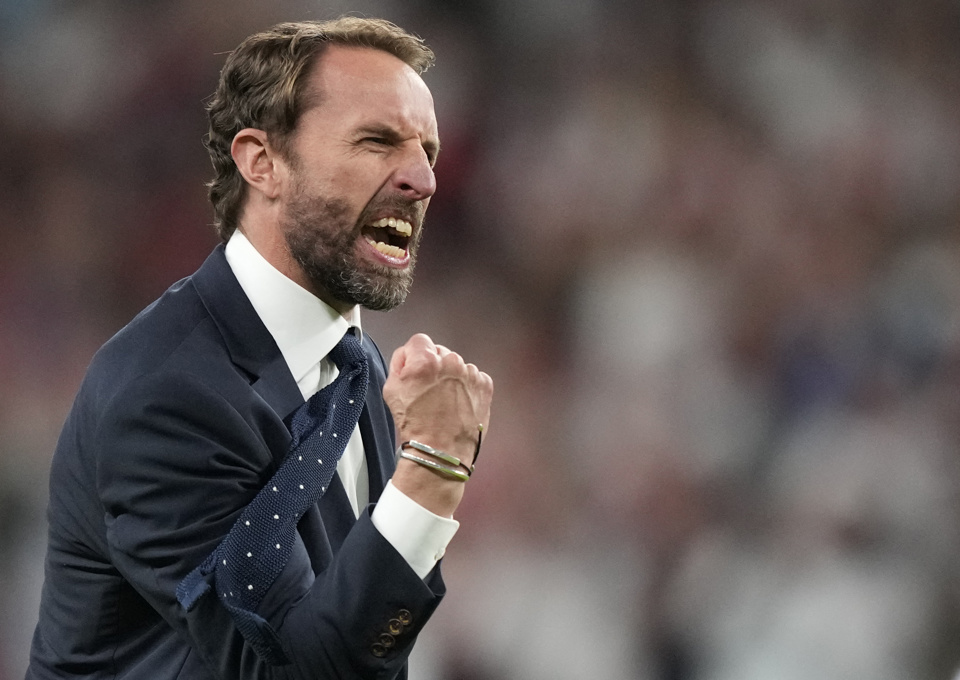 Scott Parker has already experienced a fair bit in just under three years in management.

At Fulham he suffered two Premier League relegations - he can’t be blamed for the first - with a promotion sandwiched in between. In the summer he then switched over to Championship side Bournemouth who are top of the table after 16 matches.

Parker certainly looks the part. He’s effortlessly stylish in his slick suits, knitted jumpers, and suave jackets. He’s hungry and passionate, with his fighting side shining through in some superb post-match interviews. He’ll be the first to admit that he’s still learning on the job, he isn’t afraid to make mistakes and try new things.

There’s still a long way to go until we could be talking about Parker as an excellent manager but the future is certainly bright for the 41-year-old.

Dean Smith is a 50/1 long shot after leaving Aston Villa. Wayne Rooney (66/1) continues to learn the ropes in difficult circumstances at troubled Derby, the new Middlesbrough manager Chris Wilder (150/1) worked wonders with Sheffield United, and could we see Burnley stalwart Sean Dyche (also 150/1) one day have a crack at a top job?

Further afield you can find Roy Hodgson, Sam Allardyce, and Steve Bruce out at 500/1, although we may well have seen the last of the three veterans when it comes to managing in the Premier League.

There’s a talented cluster of young English managers who will hold hopes of one day breaking into the Premier League. It’s silly to talk of them winning England’s top gong anytime soon, but they could be the star names of the future.

Emma Hayes has already won the Women's Super League on multiple occasions with her Chelsea side, could she one day switch over to the men's game and win further honours?