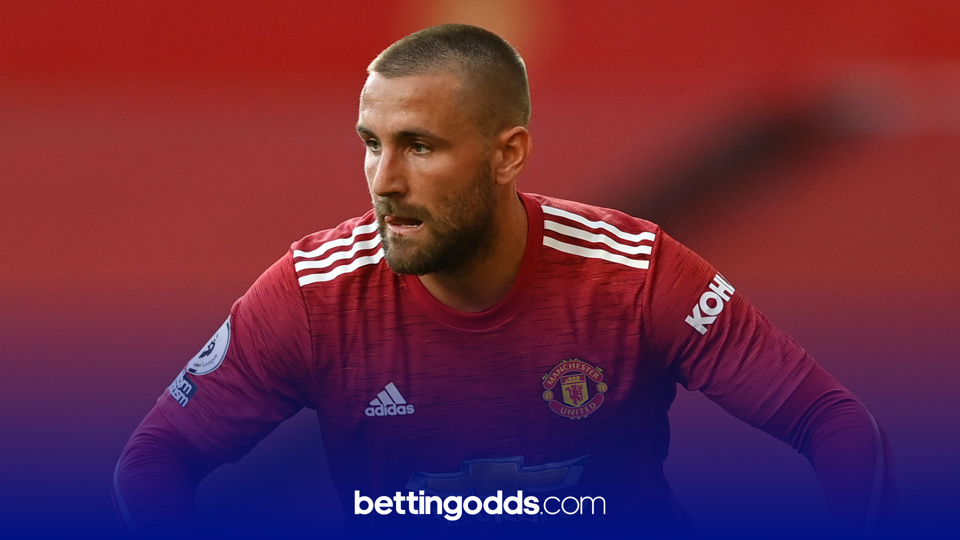 Luke Shaw has been slashed into Evens to make the England squad for this summer’s delayed European Championships, following a string of impressive performances for Manchester United in the Premier League.

Shaw has won eight senior caps for the Three Lions during a career which has been frequently interrupted by injury, but the 25-year-old has not featured for the national side since playing the full 90 in a 2-1 defeat to Spain back in 2018.

Shaw’s career for England looked all but over this time last year, and the bookies had him priced up at 8/1 to make Gareth Southgate’s squad for Euro 2020 - which was initially planned for last summer but had to be postponed due to the coronavirus pandemic.

However, with another season to prove himself worthy of selection, the former Southampton defender has grasped the opportunity with both hands and has been a standout performer for United in recent months, as Ole Gunnar Solskjaer’s side look to obtain their first Premier League title since 2012-13.

Shaw has started 14 of United’s 19 league matches this term, registering one assist and, most impressively, keeping four clean sheets. Only midfield-maestro Bruno Fernandes has averaged more key passes per game for United than Shaw this season (1.7), while he has also averaged more successful crosses per game than any player in the Red Devils squad (1.5 pg).

He was the best player on the pitch during United’s 0-0 draw with Liverpool in the Premier League ten days ago, before putting in another solid display for the Old Trafford side as they knocked their north-west rivals out of the FA Cup last Sunday.

While Chelsea’s Ben Chilwell (1/8) and Arsenal’s Bukayo Saka (4/6) both probably offer more going forward in the left-back area, Shaw’s defensive capabilities are arguably greater than both of those players, and should England be looking to adopt a slightly different game plan at the Euros against certain opponents, his services could really benefit the national side.

We know that Chilwell is a nailed on certainty in Southgate’s squad - barring any injuries - while Saka will also be taken should his current form continue from now until the end of the campaign.

Indeed, the latter is not an out-and-out full-back and could be deployed as more of a winger in England’s starting XI, depending on which formation is chosen by the Three Lions coach in the summer.

With Danny Rose (16/1) now completely out of the frame and versatile defender Ainsley Maitland-Niles (8/1) struggling for game time at Arsenal, there is certainly a position available for Shaw to fill in England’s Euro 2021 squad should he retain his form in the coming months, and his price of Evens could still represent good value in the market given how short a price so many players now are to make the plane.

Sticking with England left-backs, why not give our latest quiz a go. You’ve got 5 minutes to name every LB who has been selected for the Three Lions at a major international tournament since 1990, good luck!