Euro 2021 Betting: Back Hungary to be the lowest scoring team 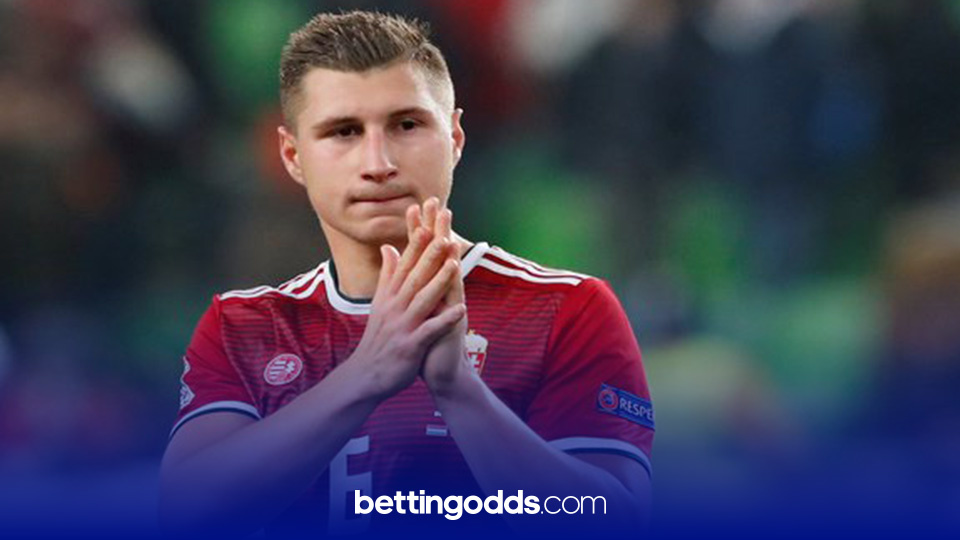 Euro 2021 Betting: RB Leipzig's defender Will Orban will have his hands full with games against France, Portugal and Germany
By Anthony Eadson
12:18 Friday 28th May 2021 - 3 minute read

The European Championships are drawing ever closer with the tournament getting underway on June 11. England are the current favourites with There’s a wide range of betting markets being offered this with England and France are currently the joint favourites with some firms at 5/1.

One market that has caught our eye is the ‘Lowest Scoring Team’ market with odds being offered on which team will score the fewest goals at this summer’s Euro 2021 tournament. Hungary are the current favourites at 9/2, followed by Finland 11/2 and North Macedonia 6/1.

Fans of the home nations will be hoping their sides do themselves proud at the tournament, although just 10/1 is on offer for both Scotland and Wales not to score a solitary goal. England, who failed to score against both Denmark and Belgium in the Nations League last Autumn, can be backed at 225/1.

It may not be the most glamorous of prices, but at 9/2, we like the look of Hungary to be the lowest scoring team at Euro 2021. Marco Rossi’s side are currently unbeaten in their last nine matches on a run that stretches back to October 2020 and will be relishing the chance to play on the biggest stage, especially with two of their games being played on home soil, at the Puskas Arena Hungary.

Hungary must have been cursing their luck when the draw was made for the group stage of the tournament. It really couldn’t have been much worse as they were drawn in Group F alongside World Champions France, Euro 2016 winners Portugal and Germany.

The Germans are the favourites to top the group which may well be down to the fact that they will play their three matches in Munich, but there’s no denying that there is a serious gap in quality between the three sides that Hungary will come up against.

With four of the six best third-placed finishers advancing to Round of 16, one would expect the trio of Portugal, Germany and France to qualify from this group. The winner of Group D, which will most likely be England, could well end up playing the third-placed team from Group F.

This means that neither France, Germany or Portugal will want to finish third in this group and potentially face England in the Round of 16. This puts an emphasis on beating Hungary for all three of those sides, and to beat them well, as goal difference may well be a factor.

Yes, Hungary have been free-scoring in the run up to the tournament, putting four past Andorra and three against San Marino, however we won’t be reading too much into that form and are touting them to be the lowest scorers in the competition at 9/2.