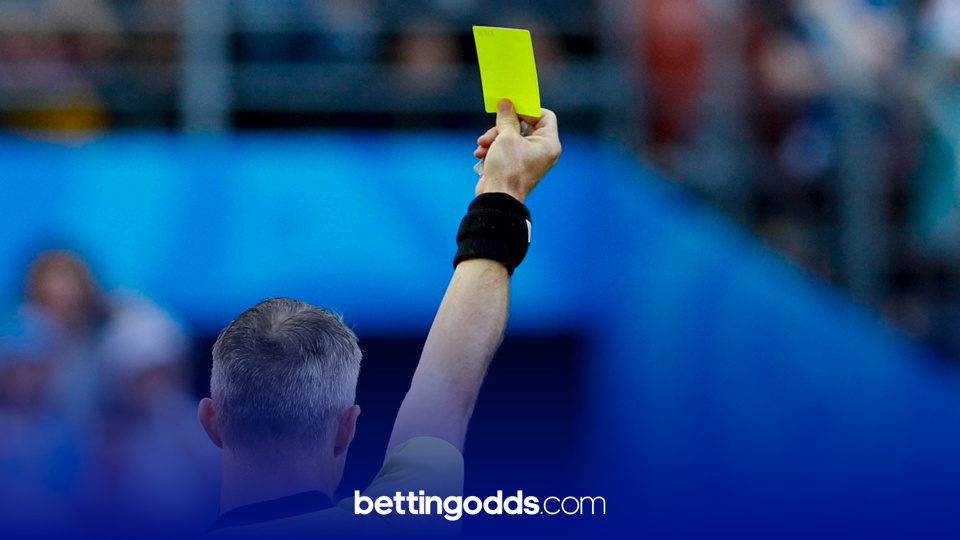 The final of Euro 2021 is just around the corner and anticipation is building for the hugely anticipated clash at Wembley.

England and Italy meet at the national stadium at 8pm, and ahead of the game we’ve taken a look at some potential value in the betting markets, including three potential players to be carded by referee Björn Kuipers. Prices all with bet365.

Luke Shaw has been one of England’s best players at the Euros this summer, cementing his position in the starting XI ahead of Ben Chilwell. The Manchester United left-back has been exceptional going forward - registering three assists - and refreshingly reliable when carrying out his defensive duties, putting in a number of firm challenges each game to ensure the opposition know that he is not going to be beaten.

Sometimes, however, Shaw’s heavy-handedness can land him in a bit of hot water. Last season he committed on average 1.3 fouls per game which resulted in him picking up 13 bookings. At the Euros he has committed 9 fouls overall, with only Kalvin Phllips ranking higher for the Three Lions in this department with 10.

Tasked with containing Italy pace-merchant Federico Chiesa on Sunday could be tricky for Shaw, and although he certainly has the ability to contain the Juventus wide man, there is every chance he could pick up his first card of the tournament in doing so.

Shaw’s teammate Phillips is the second player I’m focusing on for a card. The tenacious Leeds United midfielder has been consistently brilliant for England this summer, breaking up play tremendously while remaining calm and assured in possession.

Because of his position and style of play, though, Phillips can often find himself penalised for a tough tackle, best illustrated by his stats from last season where he committed on average 1.5 fouls per game and picked up 12 yellow cards. The 25-year-old has been cautioned once at Euro 2021 - against Germany - but he ranks highest for overall fouls committed in this England squad with 10.

Sunday’s game will be a hugely intense battle against a really fiery team, known for their ruthlessness. The game is expected to be really cagey and tactical, and up against the likes of Marco Veratti in the middle of the park it wouldn’t be at all surprising to see a firm challenge result in Phillips finding his name taken for a second time.

Looking at England’s opponents on Sunday and one player catches the eye - right-back Giovanni Di Lorenzo. The Napoli man is streets ahead of his teammates when it comes to fouls committed at the Euros with 11, while his 13 yellow cards last season show just what a hot-head he can be in the tackle.

Di Lorenzo will be up directly up against Raheem Sterling this weekend which is a thankless task considering the 26-year-old’s blistering pace and trickery. Sterling has been fouled on average 1.5 times per game at Euro 2021, and with so much on the line in this game there is a huge possibility that Di Lorenzo will see his name taken for a late challenge, adding the one booking he already has to his name this summer.

If Jack Grealish is introduced off the bench late on when the legs are tired, this selection has an even greater chance of landing.

Good luck to anyone playing the singles here, but if you’re looking for a bigger price then combining all three selections pays a tidy 50/1 with bet365!