Eddie Howe to Celtic is off: Where next for the former Bournemouth boss?

Eddie Howe’s proposed move to Celtic is off!

For seemingly an eternity Howe had been expected to be unveiled as Neil Lennon’s replacement, however a return to the dugout with the Glasgow club will no longer happen after negotiations between the parties broke down, reports The Athletic’s Oliver Kay.

“Celtic’s attempt to land Eddie Howe as their new manager is off after negotiations between the two parties broke down.

“The Scottish Premiership side have been in talks with Howe for several weeks, but The Athletic understands talks between the two parties were not successful and have drawn to a close.”

It’s not known what direction Celtic will now take in their search for Lennon’s permanent successor at Celtic Park.

Enzo Maresca was hotly linked too, but he’s since ventured over to Italy to take charge of Parma, whereas Chris Wilder is expected to be unveiled as the new manager of West Brom.

Perhaps Nuno Santo could be on the club’s radar after he left Wolves. Frank Lampard will continue to be championed by some quarters, as will former Borussia Dortmund boss Lucien Favre, and Paulo Fonseca who has left his post at Roma.

Meanwhile, Howe could find himself in the mix for a return to the Premier League.

The Tottenham job is still up for grabs, although the former Bournemouth boss is a 33/1 outsider for that one.

Crystal Palace could prove to be an ideal fit. Howe is currently a 12/1 shot behind the likes of Sean Dyche and Frank Lampard, but you can expect his odds to dwindle following today’s surprise turn of events.

Then there’s Wolves. Many bookmakers have suspended the market with former Benfica boss Bruno Lage reported to be on the cusp of the Midlands job, but you can still find Howe at 25/1 (William Hill).

Elsewhere, Howe is out at 33/1 to become the next England U21 manager, while we can’t yet rule out a return to Bournemouth, with the future of short-term boss Jonathan Woodgate unknown. 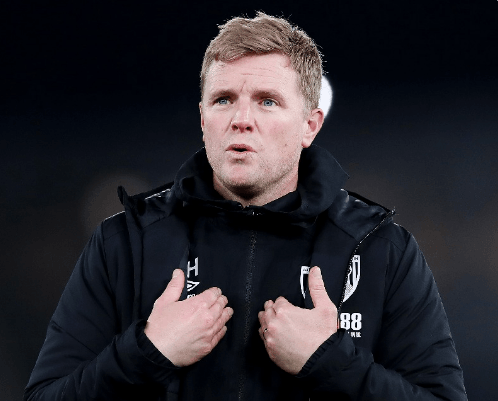 Where next for Eddie Howe?