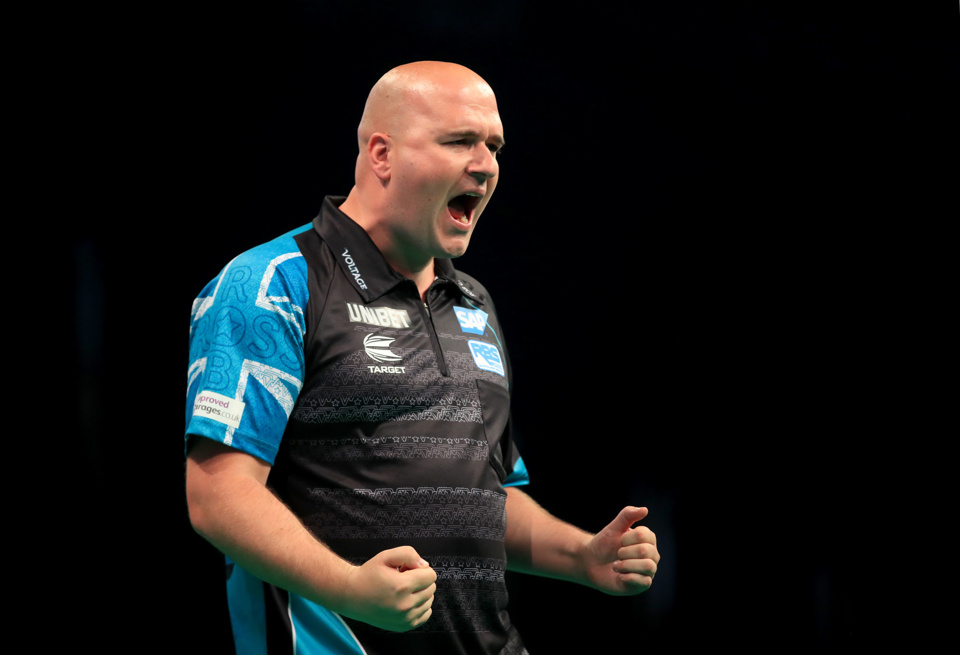 As the PDC World Darts Championship fourth round reaches its conclusion, @tomsportsjourno is on-hand to provide the lowdown ahead of the action.

As we move into the latter stages of the World Darts Championship, there are a series of interesting ties to tuck into on Thursday.

In what could be a captivating contest on Thursday afternoon, Scotland’s Alan Soutar takes on 23-year old Callan Rydz, who’s been one of the players of the tournament so far, and amazingly is yet to drop a single set.

Soutar has rode his fair share of luck at times, surviving eight match darts from Mensur Suljovic most notably, but the Scot has stuck in there and shown great resolve and determination to battle his way through the field and into the last 16, on his world championship debut.

But, as aforementioned, he’s about to face a player in red-hot form, yet to drop a set in this year’s event and fresh from a 4-0 rout of the no.10 seed Nathan Aspinall. I can’t see anything other than a Callan Rydz win here, but the world championship has been known to throw up surprises.

Following the Soutar-Rydz showdown, we have a mouth-watering last 16 tie ahead of us as Chris Dobey takes on Luke Humphries. Both players made it to the last 16 due to unfortunate circumstances, following the withdrawals of Michael van Gerwen and Dave Chisnall due to testing positive to Covid-19, but the pair will be willing to take full advantage as they look to book their place in the last eight.

Chris Dobey came from two sets down to edge past Rusty-Jake Rodriguez in his previous game, producing some fantastic legs en route, but the Bedlington-based ace will be expecting a different challenge in the UK Open finalist, Luke Humphries.

Humphries saw off Rowby-John Rodriguez in straight sets in his previous match, but will also be expecting a different kind of challenge when it comes to facing Dobey.

I think that Humphries will just have too much for Dobey, but there will be longevity in this tungsten toss-up. A Luke Humphries win is available at 10/11.

In what could be another Ally Pally classic, two-time world champ Gary Anderson takes on former world champion Rob Cross in another mouth-watering contest on Thursday evening.

Rob Cross produced a sensational display to oust Daryl Gurney, pulling out a stunning 170 checkout to take the deciding set, producing a barrage of 180’s and sensational form on the outer ring.

As for Anderson, the Scot overcame Ian White in another seven-set thriller, coming from 3-0 behind to edge past ‘The Diamond’ in what was an astonishing fightback from the two-time world champion.

I’m expecting a heavily-contested tie in this one. Statistically, Cross is playing the better darts on a more consistent level, but Anderson can turn it on whenever he feels it’s needed to get the job done. It should be a fascinating spectacle. I can’t separate the pair, so the total sets market is most suitable here. Over 5.5 sets is available at 4/6.

Premier League Darts 2022 Night 2 Odds as BettingOdds.com preview the action from Liverpool and offer up their…